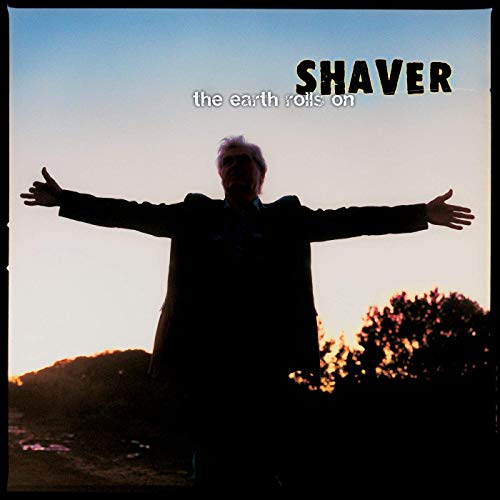 Shaver’s sixth album, The Earth Rolls On, was already finished when guitarist Eddy Shaver, the younger half of the duo, died from a heroin overdose on New Year’s Eve. It was already a great album before it got wrapped in the melodrama of a gifted musician dying way too early. It was already a profound meditation on mortality and family, because it was written and recorded in the shadow of the 1999 death of Brenda Shaver, Eddy’s mother and the wife of Texas legend Billy Joe Shaver, who was a songwriter’s songwriter years before guys like Guy Clark or Jerry Jeff Walker ever made a mark. Rodney Crowell once described Billy Joe as “the Seamus Heaney of Texas.”

Like most fathers and sons, Billy Joe and Eddy were so much alike that they sometimes drove each other crazy. You can hear them venting their frustrations on the remarkable song “Blood Is Thicker Than Water,” which finds the two men trading barbed insults over a bouncy Texas two-step. But in the chorus, they shrug and admit the title line explains a bond that couldn’t be broken.

It was a bond that resulted in an exceptional musical chemistry. Eddy’s hard-edged blues-rock guitar licks gave his daddy’s songs a muscle, a modernity and an arrogance that Billy Joe’s pals like Willie Nelson and Waylon Jennings never quite acquired. But Eddy also knew when to pull back on his instrument and let his dad’s lyrics shine through.

And what terrific lyrics he supplied on this batch of songs. “Hard Headed Heart” and “Leavin’ Amarillo” are hilarious commentaries on the rock ’n’ roll cowboy life, and the title track is an enormously moving elegy for Brenda. Most powerful of all is “Star in My Heart,” a pledge of love and loyalty for a son who was trying to kick a drug habit.