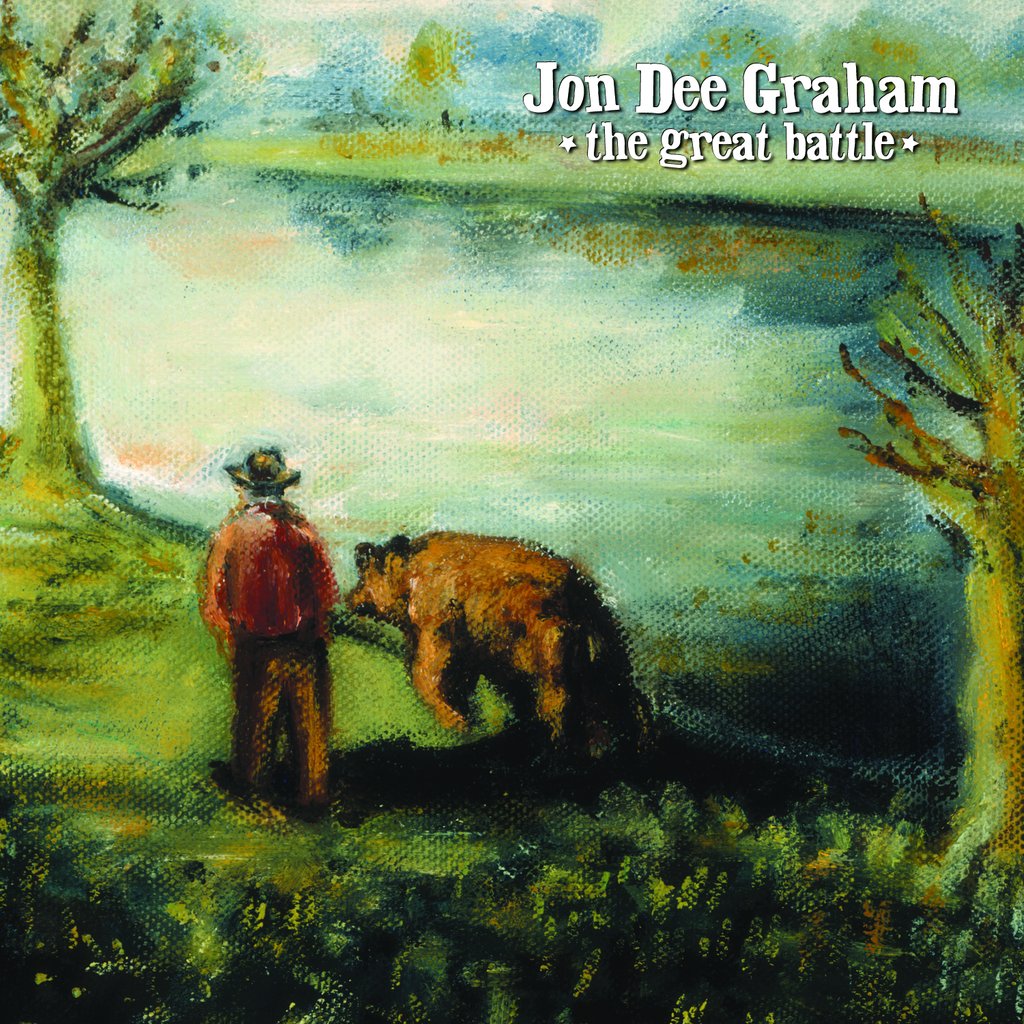 He looked like a traveling evangelist in his battered fedora and dark suits, except perhaps for the ever-present cigarette, his gravelly growl of a voice recalling the late Warren Zevon filtered through Tom Waits, and his lyrics, despite the underlying hope and grace, sounding world-weary and fatalistic.

But boy could Jon Dee Graham rock, even on the most the-world’s-got-me-beat-down songs. It was as if by rocking as hard as he could — Graham has always been a fiery electric guitar slinger — he could ward off the dark side, if only for a short while.

No wonder he titled his 2005 album The Great Battle, which Rolling Stone called “the big one, as ferocious as his primal roar, and as human as the everyman struggle he grapples with.” The album’s opener, “Twilight,” sounded like the sort of classic folk-rock that’s forever being revived, but anyone who’d heard Graham knew the mood wouldn’t last. Thirty seconds into the song, his gruff voice entered, crashing the airborne riffs down to earth: “Do you believe we were conceived in sin? Well, I do.”

By this point, Graham was already an Austin icon, a member of the famed proto-punkers the Skunks, in blues singer Lou Ann Barton’s band and especially with Alejandro Escovedo in the seminal punk-country outfit True Believers. But he’d also been making a name for himself as a solo artist (he’d toured nationally, opening for John Hiatt) and for his side project with the Austin band the Resentments that included the late guitarist Stephen Bruton. Charlie Sexton was a big enough fan of Graham to come off his Bob Dylan sideman duties to produce The Great Battle, a weighty, at times harrowing, epic that proved Graham should be more legend than sideman.

Sexton and the rest of the album’s cast offered an abundance of humility and grace, a heartening generosity of spirit. Nowhere was this more evident than in “World So Full,” the record’s closing track — a benediction, really, a plea for the courage to see the sacred in the everyday, and to embrace it and to recognize the responsibility that doing so entails. “Little stars, hold on tight / To the roof of this night,” Graham began. “Don’t turn away / Don’t turn away from the world so full.”

Graham’s album was the equal of Escovedo’s best work, and that’s as high a compliment as one can pay.