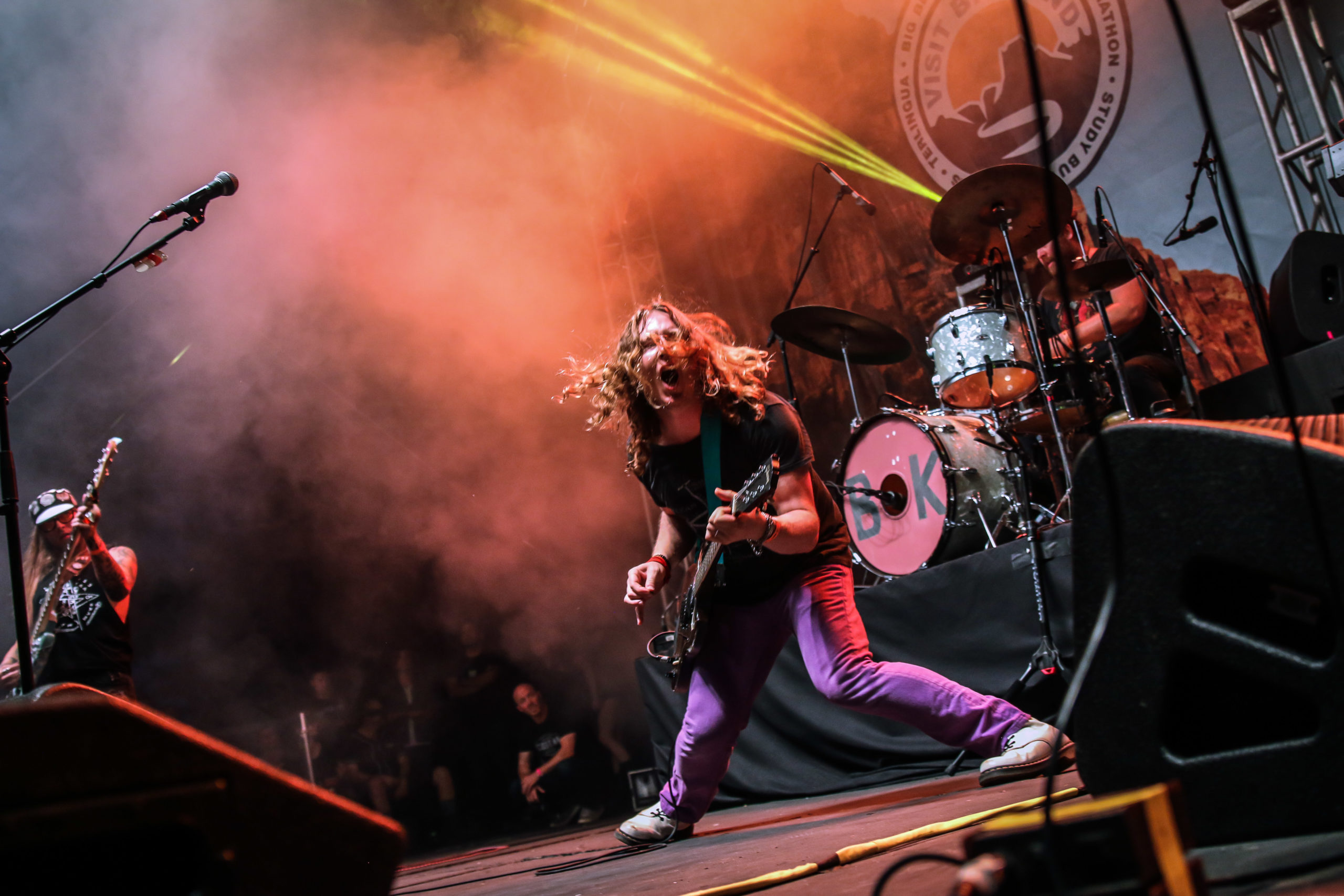 In an effort to “slam the door on 2020,” Ben Kweller decided there was no better time to release his latest album, Circuit Boredom, than on Jan. 1, 2021. All eight songs were recorded in Austin and are dangerously catchy. And while his entire discography stands out, this collection seems to offer a particularly fresh sound that’s unique to the indie rocker.

Want to hear his new songs live? The Dripping Springs-based musician will be performing for our next Front Porch Session on Jan. 28 at 7 p.m. To tune in, visit our YouTube channel or Facebook page to watch the livestream. Before he takes the stage, however, we were lucky enough to chat with him about everything from his love for Austin to what it’s like releasing new music during a pandemic.

You got started writing music at a very young age. What’s it like to perform songs that you wrote as a teenager two decades later? Are they still relevant to who you are now?

There are a few songs that I wrote as a teenager that I still perform and that I feel I still feel connected to. There’s a song called “In Other Words” that’s on my debut album Sha Sha that I wrote, I think, when I was about 16 years old that I still love. And lyrically, it’s pretty abstract, and maybe that’s why it kind of holds up in my mind because there’s a lot that can be interpreted in different ways. Then there’s definitely songs that I wrote when I was a teenager that I don’t really have much of a connection with anymore. I say that, and it’s kind of funny, because I’ll be on stage and someone will request a really old song that I haven’t thought about in years. And I’ll play it almost as an experiment for myself to see what I can remember—and how it makes me feel. And sometimes it can be really fun, you know?  But I think generally for me as an artist, I always prefer my most current material because that’s what is freshest and most exciting for me.

Your new album Circuit Boredom came out on January 1st. Can you talk about what it’s like to release an album at a time when you can’t tour in support of it?

It’s different. COVID basically changed so many things in our society. First, like you know, I’m an entertainer. Entertainment is a necessity. Us as humans, we’re social creatures, and I think that music as an art form is totally a need. It’s the most incredible art form because it can take you to different places and memories and smells—it’s incredible. The entertainment world has a lot of norms to it and the way that things are supposed to be done. Especially in the music business. You record your album, you set a release date, you plan the tour around it, you plan all your publicity. And what’s your game plan? How are you going to go to radio? Etc., etc., etc., right? There are traditional ways to run an album campaign. And so COVID comes along and obliterates everything, even the bigger things. At first, me and a bunch of my peers were thinking, what are we going to do? Do we just put off our releases until there’s a vaccine? I just kind of got tired of waiting around, and I was like, You know what? All bets are off, man. There’s no wrong way to do this. You would never normally release an album on New Year’s. No one’s in the office. No one’s around to help promote it. It’s just not something that you do in the music biz. But I just felt like this year, particularly, I wanted to slam the door on 2020. I felt that there was no better way for my fans than to give them new music and new tunes to feel hopeful about.

You offer one-on-one experiences and a subscription service for fans on your website. What’s that been like?

I’ve always been very fan-focused. Going all the way back in the day, like pre-email list, I used to have just a snail mailing list. I did this fan zine that I sent out called Amplifier Rebellion. I’ve always really wanted to connect with the fans because I am a fan, you know? I’m a music fan. It’s been important to me to give my fans what I would have wanted. Two years ago is when I started Bright and Early, which was just this concept of my biggest fans being able to have access to my stuff before anyone else. And I had been checking out Patreon. A few of my friends had moved over to Patreon and started doing that. And I thought about it, but at the same time, I was really kind of down on big tech, and I didn’t want to… and so I just wanted to make it totally focused on BenKweller.com. Everything that I do, I want it to be directly in-house so I can take responsibility for everything that goes on. Also, then I can customize exactly what the experience is. I feel like I have a really good foundation where my fans can join. They instantly have access to all my music, even stuff that’s not up on Spotify or Apple Music: B-sides, rarities, instant discounts (when you’re logged in as a Bright and Early member, all the prices for merch and everything are automatically discounted because the system knows that it’s you). It’s pretty cool. And it worked out because I had been working on it for a year and then COVID hit, and then it was like, oh s**t, we really gotta be web-based at this point.

What brought you back to Texas—and what keeps you here?

We were living in New York. Liz and I had just had a baby, Dorian, and he was a year old. At that time, I had a bunch of country songs that I had written, and I wanted to make a totally different album than my previous work. So, I decided that I was going to make an album called Changing Horses. But I didn’t want to record it in New York because I had just done my previous three albums in New York City. And I was like, Well, I’d love to go to Texas and get back to my roots. And I was talking with Spoon, the band in Austin. They have a great studio—the drummer Jim Eno—it’s called Public Hi-Fi. And I was talking with him and I was like “I’m thinking about coming down to Texas to make this record and I want to do something different.” And he was like, “Dude, you should totally come to our studio.” So, we came down. We rented a house on Menchaca and Lamar. We were here for a month and we recorded the album. And we just loved being here with a baby. It was really so fun and easy and all the nature opportunities with Barton Springs, and Zilker Park, and the Gus Fruh Greenbelt, and just so much to do. Go out to Reimers Ranch, Hamilton Pool, just so much that you can’t duplicate in New York City. So, the month was up. We recorded the album. Went back to New York City, and really, it was Liz, my wife, who was like, “God, things are really fun down in Austin. That was good living!” And that’s when we decided to move. We came down here in 2009. That was right before Changing Horses was released. So, it was really making that album that kind of did it.

What are you looking forward to in 2021?

Well, we can only go up from here, right? We’ve all been so beaten down. The bar is so low now that like…well, doing this show next week, for instance, they said that some people will actually be there. I’m really doing it as a livestream, but it’ll be interesting to have some people, some other humans, there. I’m just really optimistic to start doing shows again, even if it’s on a small scale. 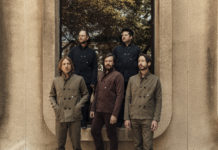 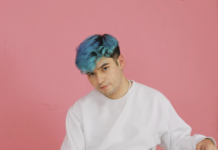 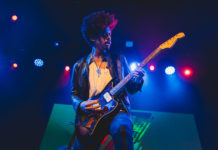