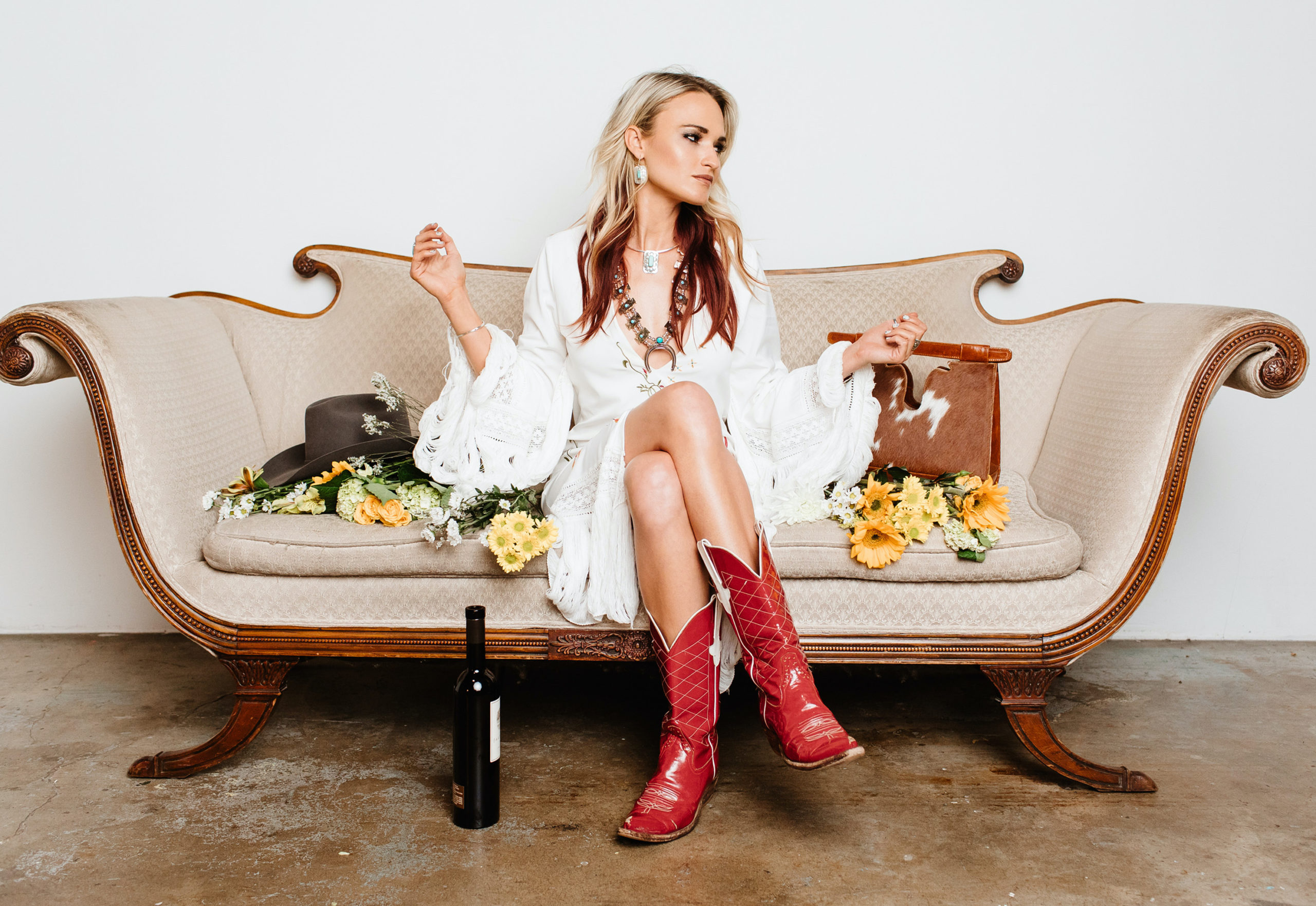 With seven No. 1 Texas radio singles under her belt, numerous Female Vocalist of the Year awards, and four gorgeous albums written from the heart, it’s clear that Bri Bagwell is making waves in Austin’s music scene. She describes her style as traditional country, but “there’s a decent amount of rock ‘n roll in there, too,” she says, noting that it’s more about what feels authentic to her at the time. Not sugarcoating what is “real, raw, and personal” is more important to her than labels. (And after one listen of her latest album, In My Defense, that sentiment is proven true.)

On Wednesday, Dec. 16, Bagwell will be headlining our next Front Porch Session, which you can watch for free by visiting our Facebook page or YouTube channel starting at 7 p.m. The event is presented by Perry Homes, who will also be offering free Independence Brewing Co. tasting kits to accompany the show (RSVP for yours here!).

We decided to catch up with Bagwell before she goes live next week. Here, she talks about everything from her inspiration to what it was like getting her start as a young teenager.

1. What drew you to being a musician?

I’ve played in a band since I was fourteen years old.  My brothers are seven years older than me (and identical twins), and they wanted to start a band in college.  I’m not sure if they were super happy to have their younger sister play along with them—but they let me be in the band!  I’ve been hooked on the honky-tonk lifestyle ever since.  Concerning my musical career in Texas, I was watching a friend play a show at Mother Egan’s Irish Pub on Sixth Street, and he called me up to play a song during his set.  The bar manager offered me my own show, right then and there, and that’s how I got my first gig in Austin.  I was a senior at UT, going to business school during the day and playing happy hour shows in the evenings. It was very important to me that I graduated, and I did (with honors!), but I knew that to be a musician, I was going to have to go all in.  The music business is just that—a business—so I knew that I could still apply what I had learned about marketing/management/accounting/etc. while still being able to pursue my true passion of writing songs and performing them.

2. Getting your start at just 14 years old, what was it like to start performing at such a young age?

Mom loves to tell stories about my first shows back in my teenage years because they were quite unique!  Even the bars didn’t know what to do with a performer that wasn’t even 18 yet.  I had to have a bouncer escort me to the bathroom when I needed it, and my parents had to be with me at every show.  I would often just get a piggyback ride from the bouncer, who would carry me through the crowd to the restroom.  I’ll never forget the first time I sang my own songs on stage, while also seeing the power of a cover tune.  I got the live performance education early, and I wouldn’t trade that for anything in the world.

3. What accomplishment are you most proud of?

Dean Dillon (who wrote countless George Strait tunes and hits like “Tennessee Whiskey”) said that I was one of his favorite up and coming songwriters.  Also, I got to headline Gruene Hall, which is something very few independent females have done.  I definitely appreciate the Female Vocalist of the Year Awards, but these types of moments are at the top of my personal accomplishments.

4. Which musicians do you look up to the most?

I look up to the top Texas acts that have blazed a trail for so many of us that are living the consistent southwest touring life: Randy Rogers, Wade Bown, Pat Green, to name a few.  They work hard year-round, and have for many years now, to create a scene that is truly unique and special.  People like me are able to have a career because of the environment they have created.  Their songs and live shows are consistently stellar.  Also, Miranda Lambert must be mentioned because I adore everything she does as a songwriter, performer, and charitable human.

5. What do you love most about Austin?

I love how accepting Austin is of all different types of people.  It’s always evolving and changing, but it’s consistent in its view that you can be exactly who you are.  I moved to Austin in 2005, and I am still in awe of its magical feel.  Also, you can go into a bar in your yoga pants with your dog… I mean, does it get any better than that?