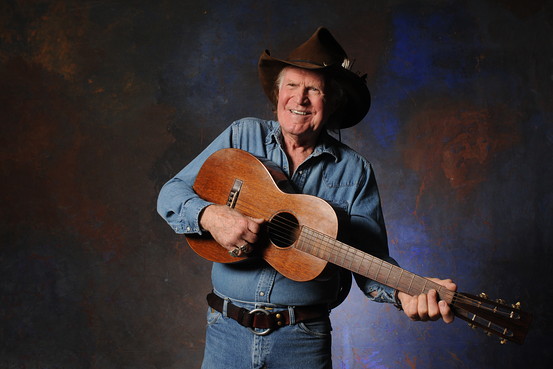 Country music songwriting icon Billy Joe Shaver, the self-styled “old chunk of coal,” predicted in one of his most popular songs that “I’m gonna be a diamond one day.”

It remains unknown if Shaver, a hard-living disciple of the Texas music outlaw mystique, ever achieved the glowing “blue pure perfect” status he hoped for.

However, 18 months after Shaver’s death, his nephew and Willie Nelson’s nephew remain embroiled in a hotly contested dispute over Shaver’s estate, which includes continuing royalty checks from Shaver’s prolific songwriting career that he called his “mailbox money” and helped support him in his later years.

The 81-year-old Corsicana native and longtime Waco resident died in October 2020 at a Waco hospital after suffering a stroke. He was buried at Waco Memorial Park.

McLennan County Court-at-Law Judge Vik Deivanayagam conducted a hearing Friday morning in which Terry Dwayne Rogers, 64, of Bellmead, and Fred Fletcher, of Bastrop, who both claim to have wills in which Shaver named them sole beneficiary, are seeking to have the other’s claims thrown out.

Shaver left a will in 2000 that names his sister, Patricia, as executrix and left everything to her. That will was superseded by one three years later, which leaves his estate to Rogers, his sister’s son.

Both of those wills, and others Shaver drafted over the years, were drawn up professionally by attorney Elizabeth Miller, who died in January 2021.

However, Fletcher, the son of Willie Nelson’s sister, Bobbie, challenged the 2003 will by filing a 2008 handwritten document in which Shaver purports to name him as his sole beneficiary.

Deivanayagam heard about an hour’s worth of arguments from attorneys on both sides Friday and deferred a ruling on the summary judgment motions. Waco attorney Bruce Perryman, who represents Rogers with Waco attorney Whitney Fanning, said the dispute might have to be decided by a McLennan County jury.

Fletcher, a music producer and a former drummer in Shaver’s band, founded Arlyn Studios in Austin in 1984. It attracted top-selling artists, including Nelson, Ray Charles and Neil Young. Fletcher and Nelson co-founded Pedernales Records in 1999.

The 2008 will, which was witnessed by five others, including Fletcher, leaves Fletcher with Shaver’s home in South Waco, which was valued at $122,030 on county tax rolls at the time of his death, along with his songs, automobile, bank accounts and “anything of value.”

“I want him to continue to administer all my music business and to keep all profits,” a copy of the handwritten will says.

Waco attorney Andy McSwain, who represents Fletcher with attorney Lauren Olivarez, told the judge that Shaver and the others executed the new will in Fletcher’s Austin office. He said Shaver told those present he no longer wanted Rogers to be his beneficiary and was glad Fletcher would continue to handle his musical legacy.

Fletcher has said he kept the original will but apparently it was lost when he moved his offices the following year. Another witness said Shaver kept possession of the original.

Perryman argued that without the original handwritten will, it effectively is revoked.

“Our position is this copy is not admissible as evidence,” Perryman said. “Therefore, they have no case.”

McSwain countered by saying, “We don’t know the original will doesn’t exist. All we know is it hasn’t been found.”

In the alternative, Perryman argued, there is no proof that the copies of the document were not altered or that Fletcher, his family and the others did not exert undue influence on Shaver to change his will.

“Why are we to take Mr. Fletcher’s word that he can’t produce the original?” Perryman asked. “That’s a fact issue. It could have been altered, and that’s why they don’t want to show it to anybody. We’re not being inconsistent, Mr. Fletcher is — because he told the court Mr. Shaver had the original, and somebody took it out of his house. Then he comes back and says, ‘No, I had it and I lost it.’ Well, that’s really convenient, and we think that’s a fact issue a jury needs to hear.”

Affidavits from two handwriting experts hired by Rogers indicate that both found it possible that Shaver wrote the document. However, both found inconsistencies in the copy of the handwritten will and with known samples of Shaver’s writing. Both said the document could not be authenticated properly because it is a copy and the possibility of alterations exists.

Fannin questioned why Shaver would change his longstanding practice of going to attorney Miller when he wanted to change his will.

This story originally ran on kwtx.com and is used here with permission