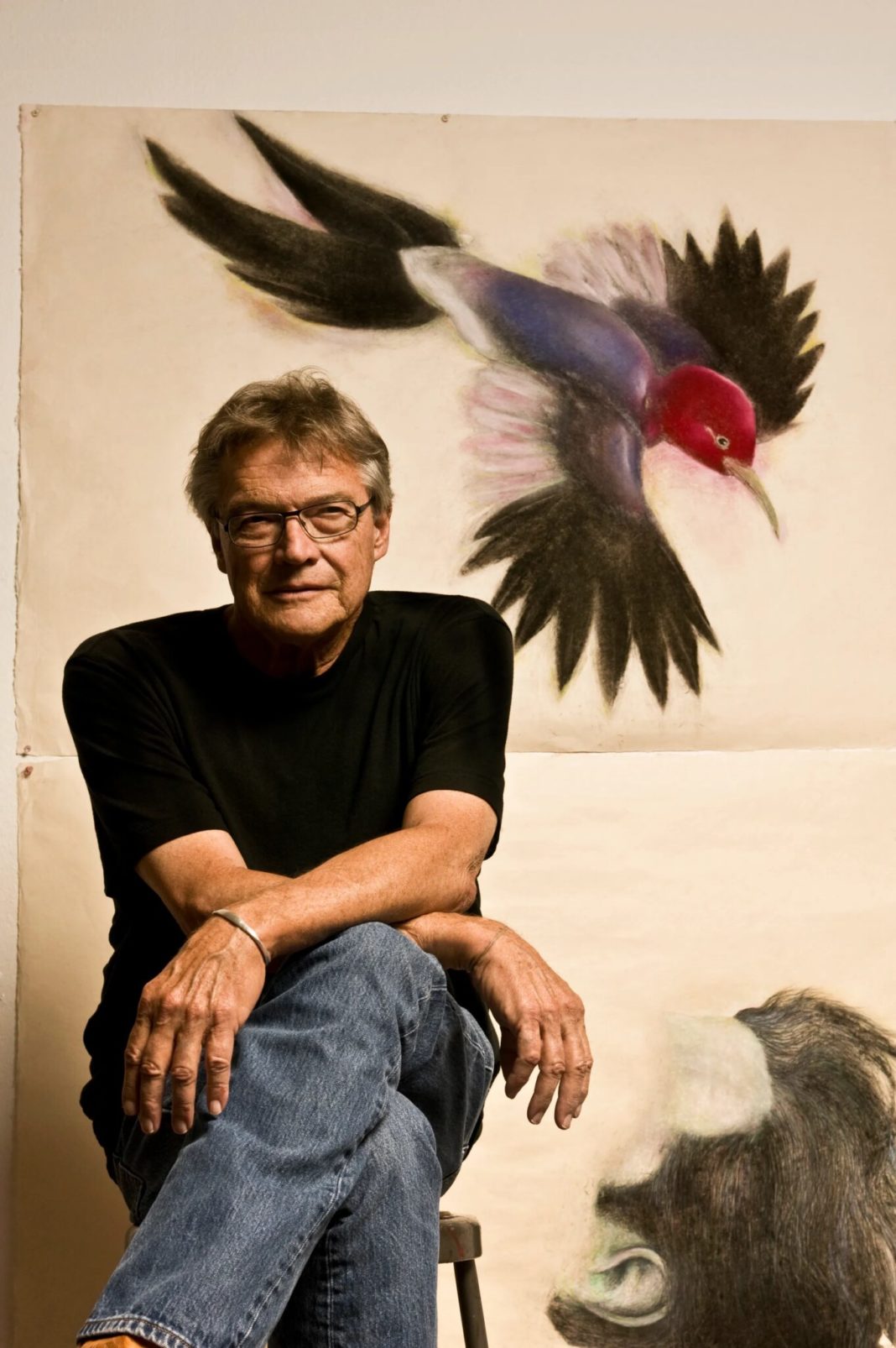 In February, when Terry Allen and the Panhandle Mystery Band played Austin’s Paramount Theatre, the crowd was abuzz with conversation (and, quite possibly, Lone Star lagers). If your first serious exposure to Allen was through his art (like mine was), you may have been taken aback by the convivial atmosphere at the Paramount. Though the performance and the accompanying exhibition at UT’s Blanton Museum of Art in Austin share much of the same content, the live show delivered raucous cheek that is more difficult to find at the Blanton —though not impossible. The music and the visuals are in harmony with each other, building up dimensions of emotion and allusion. The works simultaneously strike a chord with the viewer and push them into searching deeper to find something they can’t quite name.

MemWars, on view at the Blanton through July 10, fits into one gallery. The walls are lined with works in charcoal and pastel, and behind a curtain is a video installation running on loop. The voices of Allen and his wife, Jo Harvey, drift through, filling the room with warm, measured tones. It’s a different kind of intimacy than that fostered at the Paramount—museums aren’t generally known for their warmth.

Allen’s works are mostly in pastel, graphite and cut paper. Figures and faces rise up like phantoms from fields of black or wispy grey. On first glance, there’s no clear progression to their arrangement. One wall is devoted to “Civilization,” a sort of sub-exhibition within MemWars. As an introduction to the gallery, “Civilization” doesn’t ease you in. Inspired by the Futurist practice of sintesi, the four pieces feature figures of uneasy surrealism — a crouching cardboard figure, a death’s-head accordionist — overlaid with fragments of text. The Italian sintesi is usually translated as “minimalist plays,” but these read more like stage directions from a dream journal. A UFO crashes into the ocean, as “steam rolls out … like a primordial gas reeking from the first ooze.” Cue up the “growling from some unknown Beasts.” They’re unsettling, but they’re not aggressive, as the Futurists were wont to be. That’s fine. “They’re not Futurist,” Allen avers. That school’s fondness for militarism is also lacking in the rest of MemWars, where any reminiscence of conflict ends in contemplation too flat to be nostalgic.

The delicate, sometimes treacherous line between nostalgia and unadorned memory is clearly defined through most pieces in the exhibition. From “Civilization,” the pieces progress through scenes from memories, invented or otherwise (can we really be sure?). The text from some pieces is repeated in the video installation, also titled MemWars. Terry and Jo Harvey take turns storytelling, each of their faces projected to fill its own wall, as if they’re exchanging anecdotes across the room. Between songs from throughout Allen’s career, they spin fables of a Lubbock tornado that laid waste to the prairie dog village, of the high school friends who didn’t come back the same from Vietnam, if they came back at all.

Talented songwriters create works, and entire careers if they’re lucky, out of deeply and often painfully personal experiences. Albums like Allen’s Juarez and Lubbock (on Everything) are solidly positioned in the canon of sly, wry Texana, balancing just enough observational snark with true, tender affection. The tricky part is to craft a song with the precision that comes from personal memory that resonates with heartstrings that have never been within a country mile of Lubbock. Allen seems particularly comfortable with this challenge, displayed both in his songwriting and his artistry. “There’s no real difference to making an object versus making a song,” he says. “You have to be open to it changing or becoming something else. You start with an idea and it develops itself.”

He’s firm on this idea — that you start from a sketch or an idea and let it develop itself. Neither is he attached to the audience pulling a certain interpretation from his works. “Any time you deal with memory, you’re dealing with multiple choices,” he continues. “It’s in a state of flux, like water, shifting constantly.” A viewer — or listener — takes in those memories and carries them into their own mind.

Allen consistently rejects the notion that his artistic practices are separated by medium: his music and his physical craft coexist. So many of the works here directly reference subjects of his songs, and his performance is indeed part of this exhibition as well, so it makes sense to analyze these pieces within his full oeuvre. That acknowledged, MemWars offers plenty to absorb and interpret as a discrete feature. Allen’s writing is deftly lyrical whether it’s set to music or not, but it does hit in a different way to hear it spoken by the voice in your head, rather than sung. One piece, “Gorilla Girl,” lay particularly heavy on me in the gallery. I won’t spoil it, but it struck quite a different chord to hear Jo Harvey speak the same words onstage at the Paramount, raising her voice over the audience until she started laughing along with them.

Some stories hang in the gallery as memories never put to song. One especially striking piece, “The Burn Couple,” depicts a supine songbird split down the middle, with one half of the illustration looking like a photographic negative. Strips of paper framing the bird relate a youthful memory of impulsive cruelty and immediate, haunted remorse. As with the other pieces that tell stories unattached to songs — “Innermission, Empty House” — the memories strike harder in the silence.

I spent about three hours in that one room at the Blanton. I’d walk out of the gallery, be struck by some idea or connection from the last piece I saw, scribble it down, then dash back in to find what else I’d missed. I stayed in the video installation until the guard gently reminded me the museum was closing. It’s a deceptively absorbing collection of work. The video is unexpectedly intimate, with Terry and Jo Harvey’s narration carrying the same warm lull as a late-night porch conversation. The two-dimensional pieces offer a range of allusions, insights and clever turns of phrase to seek and savor. I kept a list of all the authors and artists Allen referenced — Roberto Bolano, Patti Smith, Mary Oliver, Jimmy Reed. I was reminded of another conflict between Allen’s visual and musical artistic practice: the effects of solitary versus collaborative work.

“It’s a new experience to write with people,” he says, “a new way of thinking.” One might wonder how many new experiences are left after more than three decades of collaborating, as the Panhandle Mystery Band boasts, but it’s only a brief wonder. Allen has several projects in the works, planning new visual pieces and likely new collaborations to foster.

Like most good exhibitions, MemWars raises questions it doesn’t answer and answers questions the visitor doesn’t ask. That ambiguity is a feature, not a bug.

“At a certain point it always becomes about the work — that’s your job as an artist,” Allen says. “You work in an area of question marks and mysteries.” 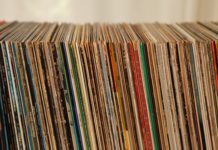 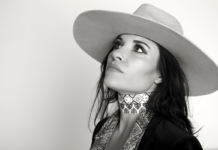 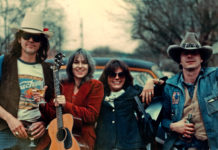 MOVIE REVIEW: WITHOUT GETTING KILLED OR CAUGHT