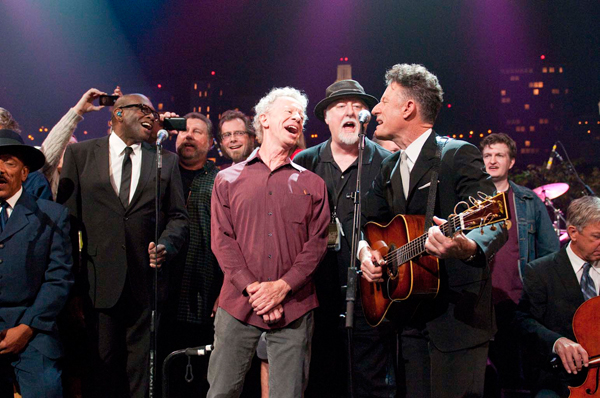 THE LONGEST-RUNNING music series on American TV wrapped up its 36th season on Nov. 8, 2010, with a performance by Lyle Lovett. The episode marked the last taping in Austin City Limits’ original studio: KLRU’s famed Studio 6A.

Fans and musicians alike enjoyed its intimacy for decades. “The performer could practically reach out and touch the people,” says executive producer Terry Lickona.

But the show was so popular that it outgrew the studio, with seating for just 300, and moved to a newly designed space in downtown Austin’s Moody Theater that seats more than 2,500 audience members but attempts to retain the show’s intimacy by keeping the stage low. Lickona describes Studio 6A as a “black box” that was never intended to house live music. “But,” he adds, “it quickly became apparent with an exploding music scene in Austin and a studio that was large enough to accommodate a music show with a live audience … why not do it? Why not try it?”

There were a thousand indelible musical moments that took place in Studio 6A in Building B of the Jesse H. Jones Communication Center on the University of Texas campus. That nearly windowless, wholly unremarkable building hosted the series that took Austin’s musical identity to the world.

The show wasn’t filmed outside, of course, although to this day some folks think it is. The iconic Austin skyline backdrop that surrounded the stage had its debut in 1982 for Season 7. It was a jury-rigged construction of plywood and Christmas lights, like something a particularly ambitious high school theater group might construct.

“People who see the show in Belgium and Holland,” the late Jimmy LaFave once offered, “think it’s outside, and they want to know why it never rains.”

The room was a cube, the distant ceiling concealed behind a bewildering profusion of lights, cables and speakers. It was every inch a utilitarian workspace. But the people breathed life into the place.

“I occasionally go into 6A to record voice-overs for the show,” Lickona said shortly before the show was moved from 6A, “and there’s nobody else there. If I wanted to get nostalgic, I could say” — and here Lickona pitches his voice low for drama — “‘I can hear the voices!’” 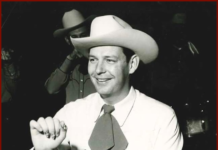