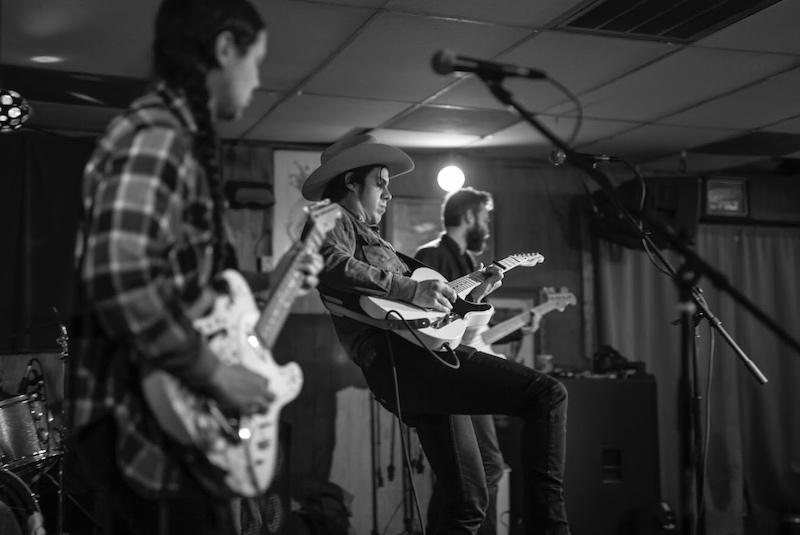 An Austin native, Evan Charles knows the lay of the live music capital land. However, the singer doesn’t subscribe to mainstream ideation. Instead? He paints the desert sky with dancing stars and the ground with bright winds through his poetic verses and personalized concoction of folk rock alongside bandmate Sean Faires (The Happen-Ins).

Originally a solo project, Altamesa soon became a lifelong partnership after the duo met at Hole in the Wall in 2012, courtesy of Faires disapproving of Charles’ “Midnight Rambler” cover. From there, The Long Ride Home debuted in 2016 followed by Idol Frontier in 2019. Packed with electric vibrations and soul-binding words, Altamesa proves the tenure of Americana.

We sat down with Charles to chat about the Austin legacy, his connection with Faires, and his time with the music documentary Project ATX6.

Most people can’t wait to leave their hometown. What made you want to stay?

Basically from the ages of 15 and 16 on, I had a group of musicians I played with and they were my really close friends. Ever since that time, I never was really able to imagine anything else for my life. The more we played together, it became more and more entrenched. The longer I was here, it made less and less sense to think about trying to go anywhere. This is my community.

You’ve been part of a few bands in your time as a musician. How does Altamesa reflect your truest self as an artist?

You know that Leon Russell song where he says, “I love you in a place where there’s no space and time?” That’s kind of the place that I set out to try and inhabit. It’s beyond ideology, getting into coexisting, and breaking down the barriers society constructs. I mean, the true self has many different facets, personalities, and tastes. We’re just not putting any restriction stylistically on how we manifest ourselves.

You met Sean in 2012. How has your friendship helped solidify the Altamesa sound?

There’s a level of trust there that is not to be taken for granted. I really trust his taste, he really trusts my poetry. We’ve spent so many hours driving, hanging out, listening to music, talking about different kinds of music. If we want to go a little bit outside of our normal box, we’ve embraced that. We’re not scared to take any leaps together, because I think we trust each other creatively.

You sing, write songs, and play guitar. Which came first?

Well, for practical application guitar. It was guitar that made me write songs. But I was always in choirs as a little kid. Singing is the instrument you’re born with, so it’s always there.

How’ve you projected your experiences with Project ATX6 into your music?

When you go through an experience like that with a small group of people, it automatically makes you tight. If I need some photography, Kate Blaising is the first person I’m going to call, or if I need someone to put some horns or play some bass, I’m going to call Mike St. Clair (Pocket Sounds). It really just comes down to the people.