The gifted boogie and modern funk duo The Vapor Caves are years in the making. Vocalist and songwriter Yadira Brown and producer BoomBaptist (Andrew Thaggard) released their pitch-perfect debut, Feel Yourself, which takes inspiration and high notes from ’70s/’80s proto electro-funk acts and drew the interest of Comedy Central. Now the duo is back with a 12-inch maxi single, “Dreams,” just released on Austin Boogie Crew Records and featuring Jackie Venson. The song is available only on the label’s Bandcamp site.

Feel Yourself was an album concept built around the un-seriousness of the carefree late ’70s through mid ’80s, manifested nostalgically in exaggerated bass lines, gated drums and, of course, Yamaha DX-7 synthesizers, because … always the synthesizers.

For Thaggard, the aggregative production, first belonging to black pioneers just escaping the disco era, was a natural work in reverse engineering: Go back to the pioneers’ funky samples at the roots of hip-hop. He had to see the music through the eyes of the first- and second-generation hip-hop DJs and producers, who were brought up on post-Temptations Eddie Kendricks and post-disco Rufus/Chaka Khan. “I’ve always been enamored with hip-hop,” Haggard says. “I idolize [legendary hip-hop producer] DJ Premiere and RZA [of Wu-Tang Clan]. They were gods to me as a kid, and when you trace the lineage, it’s all based on records containing classic breaks. People were trying to find those 8 to 10 seconds, then rewind it and play it on the other turntable, and rewind and play on the other side. Those same records influenced the Vapor Caves concept.”

And to think, the album almost didn’t arrive. The duo’s musical effort stalled with bouts of insecurity and lost confidence. But they received the fortuitous bump they needed to finish out the album when Comedy Central chose to use their song “The Chase” on its show Broad City.

“We really didn’t believe much in ourselves, and whether people would be receptive,” Thaggard says. “But we had a great opportunity with Comedy Central, which was the kick in the ass we needed. The rest came from there.” 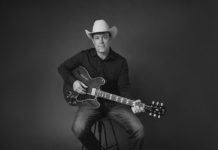 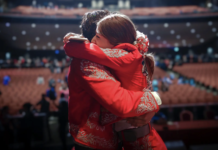