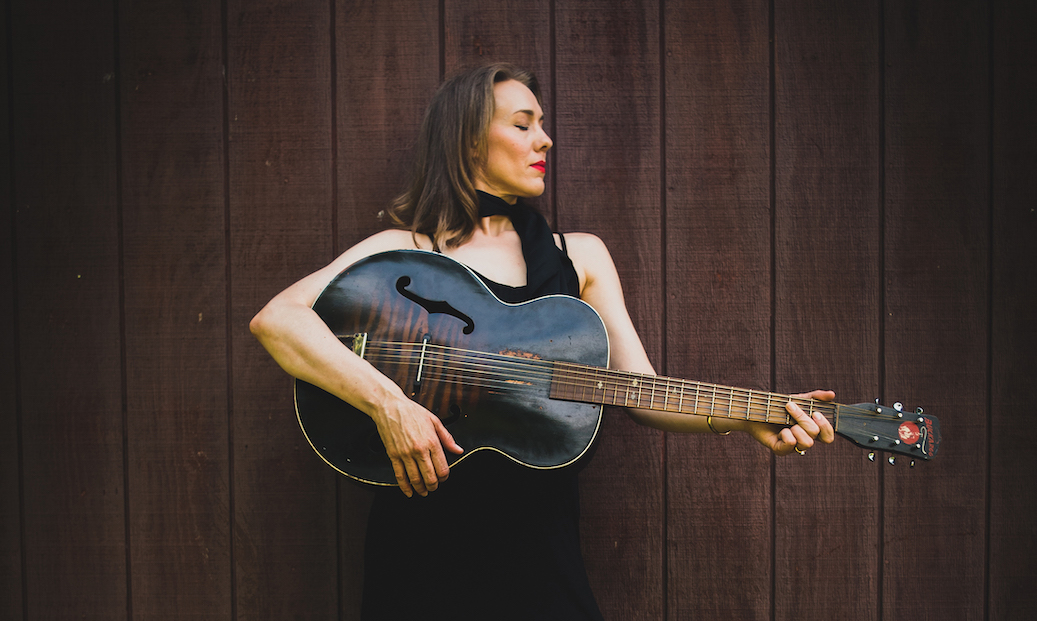 IF YOU BLINKED, you missed her. But Americana stalwart Brennen Leigh really did appear on Nashville Star, the country cousin to American Idol, some 16 years ago. “Out of 8,000 people, I was in the top 20,” she recalls. “And I got the boot the first episode.”

Her song selection? “I did a Bob Wills song, ‘Right or Wrong,’” she says. “I played mandolin. And the band was awesome — they were a great, hot Nashville band. But I was 20, and I didn’t really know what I wanted to do.”

At the time, Leigh, who auditioned by playing Buck Owens’ “Streets of Bakersfield” and thinks her inclusion on the show was due to being the “token hillbilly,” was torn between moving from Minnesota to either Nashville or Austin, ultimately choosing the latter at age 19. “I’m really glad I came to Austin,” she says.

Since arriving in Texas, her love of traditional music has shown through both as a solo act — her 2010 album, The Box, stands as one of the finest albums of the past 20 years — and with her partner, both professional and personal, Noel McKay. She’s collaborated with songwriting greats like Rodney Crowell, Robbie Fulks and Jim Lauderdale, and her songs have been recorded by Lee Ann Womack, Charley Crockett, Sarah Borges and Whitney Rose. She’s also recorded a buzzy duets album with Jesse Dayton (2007’s Holdin’ Our Own) and, in 2015, released a superb tribute to Lefty Frizzell (Brennen Leigh Sings Lefty Frizzell).

The singer’s vintage approach harkens back to the duets of George Jones and Melba Montgomery (“That voice, I love her,” Leigh says) and, even further back, to the Louvin Brothers. In fact, Leigh sang and played mandolin with Charlie Louvin, then 96, when he toured through Texas in 2007. “We recorded a Louvin Brothers song,” Leigh says of what is clearly a career highlight, “called ‘Robe of White.’”

While some female country and bluegrass performers, particularly in Texas, get more press than Leigh, none comes close to possessing the extraordinary talent of the Minnesota native, whose fate as a successful performer might have been sealed when she won the Vergas Loon Calling Contest in her home state as a child in 1993.

More recently, she was honored as Best Honky Tonk Female at the 2018 Ameripolitan Music Awards. And on Sept. 30, she was a featured performer at the County Music Hall of Fame in Nashville.

Despite her fondness for traditional music, Leigh is clear about her musical aim. “I don’t want my music to be derivative,” she explains. “I don’t want it to be like, ‘Here, we’re doing a throwback, ’60s country.’ Or, ‘We’re trying to be like Bill Monroe.’”

Fearless, independent and no-frills, Leigh is one of most impressive performers to emerge from the Austin music scene. “If what passes for country music these days gives you a headache,” a critic once wrote, “Brennen Leigh has the remedy.”