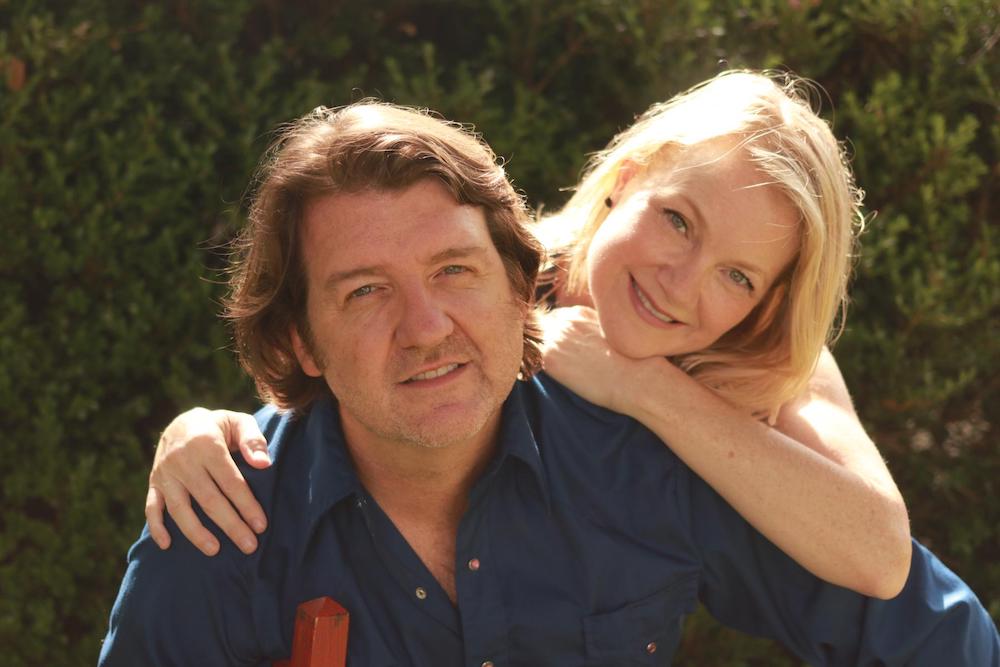 THE FIRST COUPLE of Texas country, Bruce Robison and Kelly Willis, have been married for 25 years and have four children, but until 2013, their musical careers had largely been solo affairs. Oh, sure, they’d contributed to each other’s albums — Robison’s Country Sunshine, on which Willis sings, is one of the great albums (not to mention underappreciated) in Texas music — but for the most part Willis had earned acclaim as a singer who could deliver rockabilly attitude or honky-tonk heartbreak in equal measure, while Robison had excelled as a producer and songwriter, with artists such as George Strait (“Desperately”), Tim McGraw (“Angry All the Time”) and the Dixie Chicks (“Travelin’ Soldier”) scoring hits with his tunes.

But in quick succession, Robison and Willis put out back-to-back duet LPs, Cheater’s Game (2013) and Our Year (2014), that were widely celebrated. And their new album together, Beautiful Lie, released in June on Robison’s the Next Waltz label, features10 timeless duets — a mix of originals and well-chosen covers — all recorded analog with, Robison says, “no digital shenanigans.”

Robison and Willis specialize in finding — and sometimes writing — timeless songs from a variety of sources and applying their effortlessly rendered vocal harmonies to them over mostly acoustic but spirited backing provided by traditional country instruments like the banjo, dobro, fiddle and mandolin. Robison’s clear, warm tenor and Willis’ honeyed alto transform the Statler Brothers’ “I’ll Go to My Grave Loving You,” for example, into an endorsement of fidelity that sounds as unshakable and immutable as the song’s title. 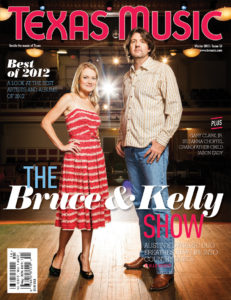 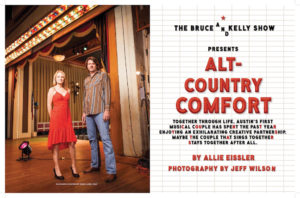 TOGETHER AND APART: The couple enjoy successful solo careers and, in May, released Beautiful Lie, their fourth duets album.

Where Robison’s songs dominated Cheater’s Game, the follow-up releases have provided a window into the couple’s wide-ranging influences as filtered through classic harmonies in the country tradition of power couples from the past: Johnny Cash and June Carter, Tammy Wynette and George Jones, Waylon Jennings and Jessi Colter. They cover songs written by a seemingly mismatched menagerie of influences and peers: the Zombies, T-Bone Burnett, Tom T. Hall, Walter Hyatt.

That’s not to say they’ve abandoned their solo careers. In 2018, Willis released Back Being Blue, a fine album produced by Robison and her first solo project in 10 years. And a year earlier, Robison released Bruce Robison & the Back Porch Band, a comfortable and comforting project, as its name implies, that alternates between rowdy honky-tonkers and beautifully crafted ballads — with a completely analog production. He’s also debuted a web series, The Next Waltz, from his studio outside Lockhart, which has served as a springboard for a new entrepreneurial effort — part record label, part promotion platform, part management — to support artists Robison believes in.

“We learned along the way that we have to do our own things and have boundaries, too,” Willis says. “We can’t do everything together, because we can’t possibly maintain this co-venture in every area of our lives. It’s finding a way to compromise, and at this point it feels like we’ve found a balance. There are still conflicts every now and then, but we’ve figured out how to deal with those when they arise.”

That said, Robison doesn’t mince words when asked what it’s like to sing alongside his wife. “The stuff I do with Kelly — this is no bull — it’s the best stuff I do,” he says. “And that goes back to the songs I did on my own 20 years ago that were cut by other people and became hits, I think in large part because she was featured so prominently on my recordings of the songs. I think she’s one of the great country voices of recent decades. People come up to me every night and say ‘Y’all sing great.’ And I say, ‘Dude, you’d sing good, too, if you were singing with Kelly Willis.’”