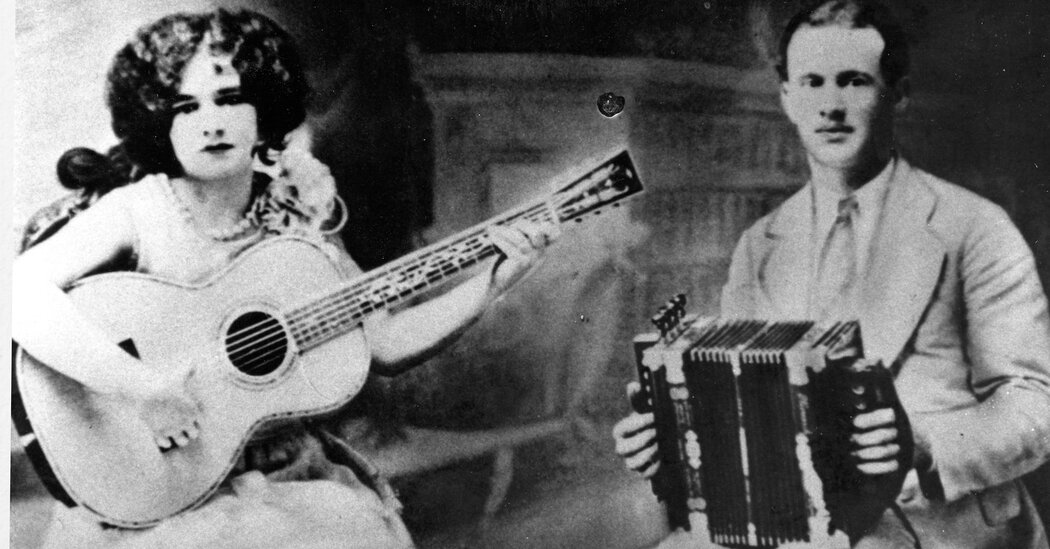 In April 1928, a jewelry store owner named George Ber drove to New Orleans hoping to impress a team from Columbia Records that had arrived in search of homegrown talent.

In the car with him were Cléoma Breaux and Joe Falcon, musicians who’d gained a local reputation performing at house parties and dance halls in Cajun country. Ber was convinced that if the two made a record, he could sell it.

In New Orleans he made his pitch to skeptical ears. The Columbia engineers, who were more familiar with dance bands and full orchestras, looked askance at the two musicians standing before them. So Ber offered to write a check on the spot for 500 records. Falcon and Breaux then launched into their rendition of an old song, “Allons à Lafayette” (“Let’s Go to Lafayette”), and the doubts disappeared.

“They said, ‘Lord, that’s more music out of two instruments that I ain’t never heard in my life,’” Joe Falcon told Chris Strachwitz, the founder of Arhoolie records, in 1962. “Go ahead,” the engineers told him. “We don’t understand nothing, but it’s a sweet sound.”

Released under the title “Lafayette,” it was the first commercial recording of Cajun music ever made, and it sold like hot cakes. “People who didn’t have record players bought it just to have it,” Barry Jean Ancelet, a folklorist and the author of several books on Cajun music, says.

At the time of the recording, Cajun music gave voice to French-speaking Louisiana, as it had for a century and more, but its distinctive waltzes and two-steps were a purely local affair enjoyed by tiny audiences.

“Lafayette” turned Falcon and Breaux into sought-after headliners in dance halls and hotels across southern Louisiana, Texas and beyond. Suddenly, record companies were scrambling to record Cajun music, and soon the music was selling in Louisiana and East Texas.

“It was amazing that you could sell 50,000 or 60,000 records in a locality of that size,” Frank Buckley Walker, a talent scout for Columbia, said in a 1962 interview. Falcon, who received sole credit on “Lafayette,” was the big draw initially, but Breaux — one of the very few Cajun women who performed in public — soon became the star attraction.

Dozens of solo recordings released after the couple married in 1932 established Cléoma Falcon (pronounced fal-CONE) as the queen of Cajun music. Her voice, plaintive and bluesy, made songs like “Mon Coeur t’Apelle” (“My Heart Aches for You”) and “Hip et Taiau” (released under the mangled French title “Ils La Volet Mon Trancas”) classics of the Cajun repertoire. Onstage, she cut a striking figure, a petite woman — she was said to wear a size 3½ shoe — whose pale skin, jet-black hair and flapperish dress style made her look like Acadiana’s answer to the actress Clara Bow.

“At first she was riding on his name,” said Wade Falcon, a distant relative of Joe Falcon, who runs a blog about early Cajun music. “But then audiences started coming to see her, not him. She showed what Cajun women could do, given the stage and a microphone.”

Cléoma Breaux was born on May 27, 1906, in Crowley, about 75 miles west of Baton Rouge. After her father, Auguste, a well-known accordionist, abandoned the family, her mother, Mathilde (Schexnayder) Breaux, began working as a domestic, leaving 12-year-old Cléoma to care for her three brothers, Amédée, Cléopha (known as Clifford) and Ophie.

At 15, she married Oliver Hanks, a guitar player. The marriage ended in divorce, but not before Cléoma learned a few basic chords on the guitar. Her hard-driving style caught the attention of Joe Falcon, her brothers’s friend and a frequent guest at the family’s nightly music sessions. Cléoma, he once said, was one of the few guitar players he knew who changed chords during a song. Before long, Joe and Cléoma began performing together, her insistent rhythm guitar a perfect complement to Joe’s big accordion sound.

A few months after the Columbia session, the couple traveled to New York to record six more songs; Breaux sang on two of the three non-instrumental numbers, credited as “Clemo Breaux.”

A year later, in 1929, Breaux, guitar in hand, sat down in Atlanta with her brothers Amédée (accordion and vocal) and Ophie (violin) to make the first recording of “Jolie Blonde,” a song often referred to as the Cajun national anthem. It was released under the title “Ma Blonde Est Partie” (“My Blonde Has Gone Away and Left Me”). She was now a central figure in two of the most famous Cajun records ever made, yet it was Joe Falcon who was inducted into the Cajun Music Hall of Fame in 1997. It would be another five years before Cléoma Falcon entered the hall, the first woman to do so.

The recording sessions stopped abruptly with the onset of the Depression, but between 1934 and 1937, the Falcons recorded dozens of records in New Orleans, Dallas and San Antonio as they continued to perform across Louisiana and Texas.

Cléoma explored new territory on her later records, branching out from traditional Cajun tunes to embrace country, blues and popular songs, most of which she recast into French. She recorded French versions of the Fats Waller songs “Lulu’s Back in Town” and “It’s a Sin to Tell a Lie.” She switched to English for the old standard “Hand Me Down My Walking Cane” and recorded both English and French versions of a down-and-dirty blues number, “Ouvrez Grand Ma Fenêtre” (“Raise My Window”). As always, her husband accompanied her on the accordion.

Cléoma Falcon died on April 7, 1941, in Crowley after a long, unspecified illness. She was 34.

Joe Falcon continued to perform as the leader of Joe Falcon and His Silver Bell String Band, with his second wife, Theresa, on drums. He died in 1965.

“The first Cajun record I bought, she was on it,” the singer and historian Ann Savoy, who in 2017 released an album, Ann Savoy Plays the Music of Cléoma Falcon, says. “That voice sounded like it was coming from another world that I didn’t know, and it rang a bell in my heart. It was not a pretty, ornamental voice. It was an untrained voice trying to be as loud as it can be. She was a Cajun woman just blasting it out.”

Cover photo courtesy the Center for Louisiana Studies, University of Louisiana at Lafayette. 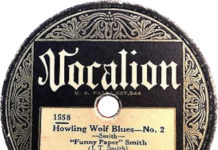 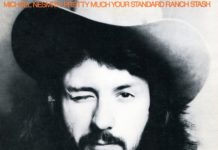 Contrary to Ordinary: A Monkee at the End 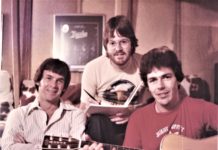