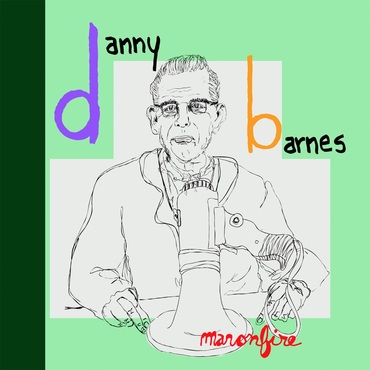 One way to measure an artist’s talent is by the breadth of his collaborators. On his latest, banjoist Barnes brings together Led Zeppelin’s John Paul Jones, jazz legend Bill Frisell, drummer-for-hire Matt Chamberlain (most recently jobbing for Bruce Springsteen and the Who) and Dave Matthews, who is also executive producer. They’re fans, but their participation doesn’t shed much light on Barnes’ music. The banjo provides the foundation, played either in clawhammer or Scruggs style, but from there, things scatter in every direction. “Mule,” “Hambone Slide,” and “Coal Mine” sound like old-time string band tunes, but each is filtered by Barnes’ skewed sensibility. The narrator of “Mule” is the mule himself, describing what life is like for a working animal on a farm. “Awful Strange,” “It’s Over,” “Enemy Factory,” and “Zundapp” (a German motorcycle) blend funk and rock with distorted percussion and vocals, and Frisell’s tremolo electric guitar dominates on the grooving “Juke.” The subjects throughout are the pleasures and pains of working people (and one animal), but that and the banjo are the only consistencies. Barnes has said that he “wanted to make songs that sounded like some hillbilly got a hold of a bunch of oscillators and stuff and incorporated it all into a hoedown.” His aim is true.