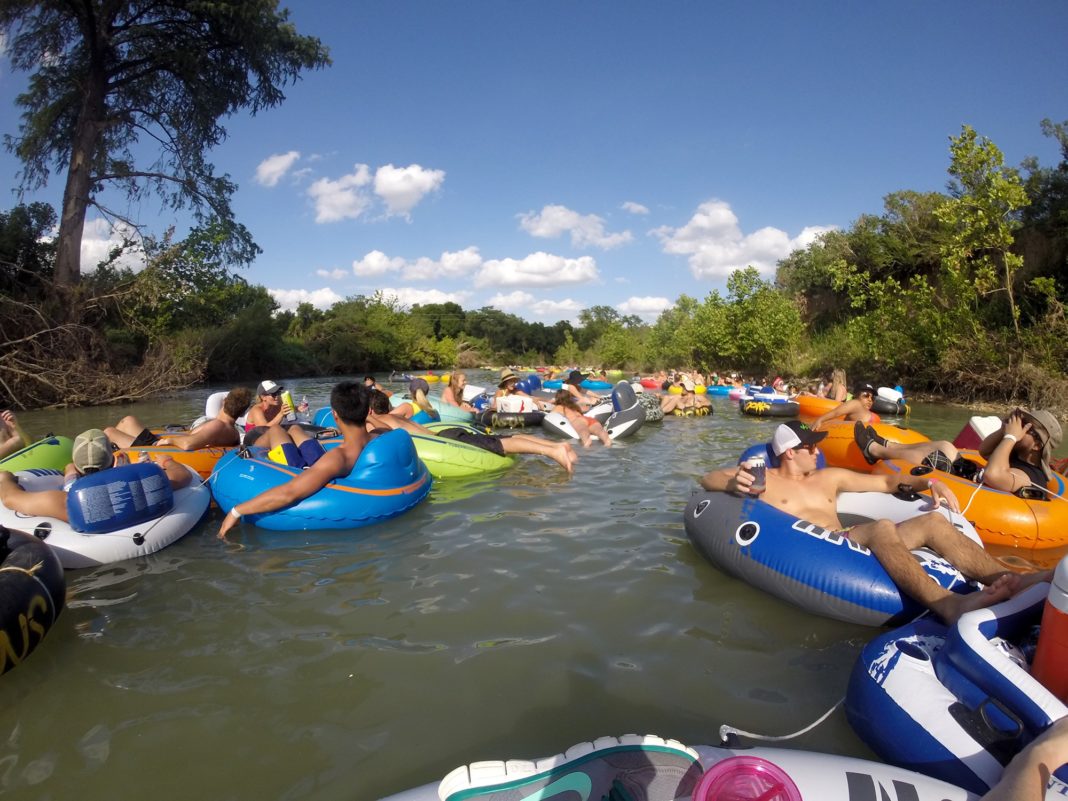 Billboard’s latest ranking of the best international music festivals includes the annual tubular experience on the San Marcos River. Float Fest, held on a 765-acre private ranch in Gonzales, Texas, in July comes in at No. 47 and is one of three Texas festivals represented.

“Festivals have transformed the live-music business and become a vital revenue stream for the music industry,” the June 28 story reads, “reshaping live entertainment into an economic engine for growth and commerce while challenging humanity to live by its own best principles, celebrating both the individual and the power of the masses.”

Float Fest, the magazine notes, “has a pretty simple concept. Arrive, jump into an inner tube and float several miles down the San Marcos River to a festival site featuring such musical tastes as indie-pop, electro, hip-hop and progressive rock. The event also attracts a large college audience from the nearby Texas State and University of Texas. Taking a break from the stages, attendees can bring their own floats to splash around in the summer sun.”

The Top 5 festivals on Billboard‘s list include Coachella, in Indio, California, at No. 1: Glastonbury (Somerset, England) at No. 2; Electric Daisy Carnival in Las Vegas at No. 3; San Francisco’s Outside Lands Festival at No. 4; and Austin’s SXSW at No. 5.

“Even when it launched in 1987 with only 700 attendees,” Billboard recalls, “South by Southwest was already too crowded for the 15 venues that played host in its first year (only 150 were initially expected to attend). Today, SXSW is a global platform for film/TV projects, music artists and tech companies wanting to be discovered by the event’s 80,000 registered attendees and 150,000 fans who flock to Austin for its barbecues, parties and free shows. It’s a festival where buzzy young bands still get discovered in dive bars and major artists play secret shows in tiny sauce-stained honky-tonks. While music discovery has largely gone the way of the algorithm, SXSW is still the best feet-on-the-ground festival for discovering new bands and sounds.”

The Austin City Limits Music Festival, meanwhile, cracks the Top 20 at No. 13.

“Launched during the festival world’s second wave in the early 2000s by C3 Presents — also co-founders of Lollapalooza — the annual event gets its name from the long-running PBS show Austin City Limits and is one of the few contemporary music festivals to take place over two weekends and feature more than 100 acts,” Billboard explains. “ACL happens inside Austin’s ‘most beloved park,’ the famed 350-acre Zilker Park where Barton Creek meets Lady Bird Lake. Longtime fans say the festival’s carefully curated lineup, October dates and embrace of Austin’s food and arts culture make it one of the best large-scale festivals in the country.”