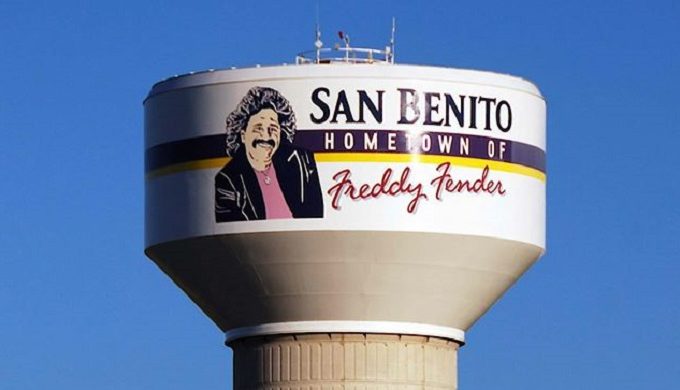 IT IS BY NO means a big-city museum. With only 450 square feet of space in the San Benito Community Center, the Freddy Fender Museum has to content itself with being a little museum with a big heart. But since its opening on Nov. 17, 2007, it’s drawn thousands of fans to the city.

The museum pays tribute to the late singer known by many handles, including the Bebop Kid, one of the Texas Tornados, a member of Los Super Seven and, in the end, by his given name, Baldemar Huerta. Freddy Fender’s music continues to be played on radio airwaves, at festivals, dances and weddings.

In 1974, he recorded “Before the Next Teardrop Falls” in Houston and sealed his reputation as one of the most successful Hispanic artists to ever hit the airwaves.

By this point, Fender was playing music only on weekends, but the song’s remarkable success placed the Texas-born star at the top of Billboard’s pop and country charts.

The museum showcases memorabilia amassed over more than 50 years of the Grammy Award-winner’s career, most of it drawn from family archives. Included are two of Fender’s gold records (for “Wasted Days and Wasted Nights” and “Before the Next Teardrop Falls”), his blue Harley-Davidson and awards such as Most Promising Male Vocalist from the Academy of Country Music, which he received in 1975.