Home Reviews Album Reviews Hayes Carll: You Get It All 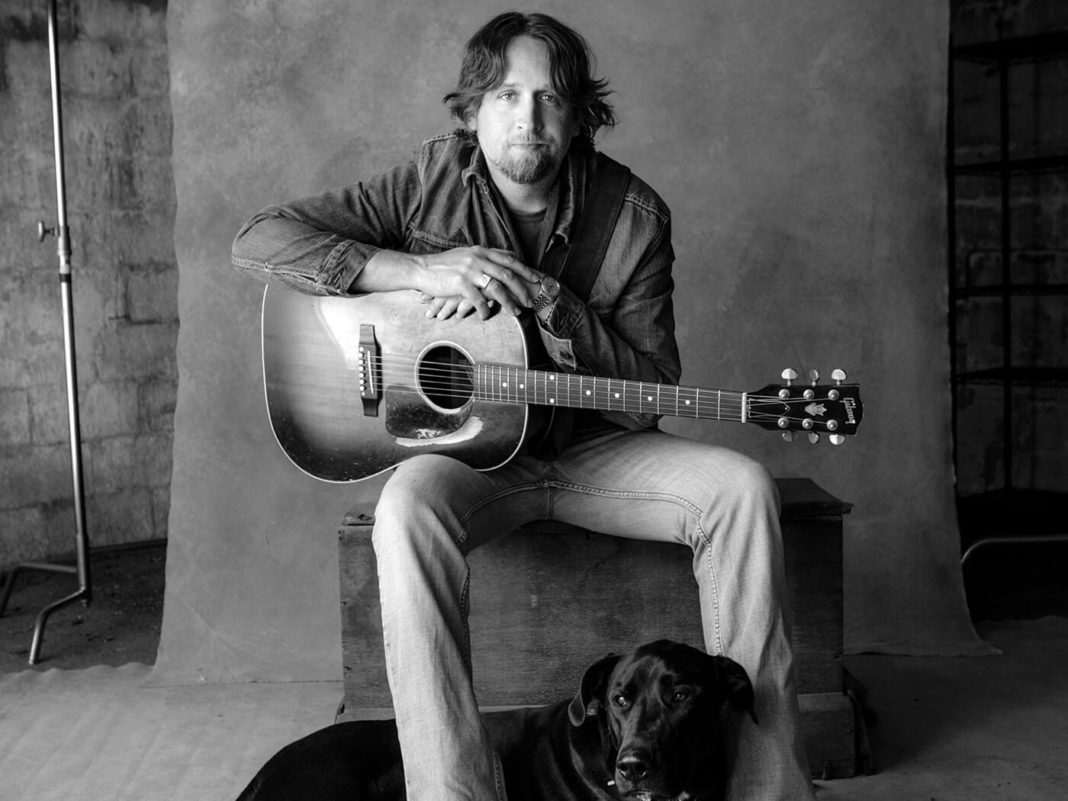 Hayes Carll
You Get It All
Alligator Records

Hayes Carll is kind of like the Ferris Bueller of Texas songwriters — a man who doesn’t need a clique when he can straddle them all. He fits in great with his old club-circuit buddies like John Evans and Adam Carroll, with outdoor festival mainstays like Jack Ingram and Randy Rogers, with upwardly mobile out-of-towners like Jason Isbell and Shovels & Rope; and no less than Ray Wylie Hubbard and the late Guy Clark were more than happy to collaborate with him even early in his career. Any hip Austinite or East Nashvillian would be as glad to claim him as any suburban country-rocker. It’s not even that Carll casts that wide of a net, stylistically; his sound was mostly figured out even on his first couple of albums, and it’s only been tinkered with a bit since.

He’s a damn good songwriter, and yes, a lot of people are. But Carll consistently and winningly finds an extra dimension to it, a warmth and strength of personality that some talents try their best to force and adopt with varying results. He’s great at stopping relatability before it careens into pandering, melancholy before it gets maudlin, humor before the song itself becomes just a joke. And if you think those things are easy, go anywhere from your local open mic night to this week’s country charts (Texas Country or otherwise) for an idea of just how few folks nail it.

From the lead-off track “Nice Things” (co-written with mainstream periphery stars the Brothers Osbourne) you get an idea of who Carll’s preeminent influences might be; the shaggy tale of God coming to earth in human disguise just to be greeted by oceans full of oil barrels and streets full of wrongheadedly pious protestors feels like a long-lost child of Kris Kristofferson’s “Jesus Was A Capricorn” with a whiff of the beleaguered savior in John Prine’s “Everybody” and “Jesus The Missing Years.” If you’re not the sort to let a little irreverence shake you off, then he might eventually lose you at using online deadpan “this is why we can’t have nice things” as a hook. But if you let yourself get wrapped up in the song’s narrative charisma, it’s a good ride, and even a good hook in the right hands, an everyday phrase to tie together a fantastical story.

Because the everyday seems to be on Carll’s mind, spilling out in songs that lean so relatable and outward-looking that it’s like he wrote an album about his listeners instead of just for them. A song like “You Get It All” might be first-person, but the bugs and features he’s pouring out in rhyme could just as easily be yours as his. The late nights of cold drinks and rambling tales in “Any Other Way” could have just as easily been shared with your friends instead of his. On his last record of new material, 2019’s What It Is, he took a few opportunities to kick against the pricks with songs like “Fragile Men” and “Wild Pointy Finger”; this time around, a song like “Nice Things” might feint in that direction, but maybe “Different Boats” is more of an indication of where his spirit landed after a couple of dispiriting years of national conversation: conciliatory, outward-facing, as ready to listen as to speak.

Domestic drama wasn’t something Carll ever claimed as a specialty, but two of the strongest tracks this time around are gut-punch depictions of homebound sadness. “Help Me Remember” is a stunningly sad and realistic take on an aging man’s dementia; hearing the narrator try to get a handle on not only who the people around him are but who he himself was at his best is heartbreaking in its specificity. “In The Mean Time,” a co-write and duet with Brandy Clark (who actually does specialize in these kind of songs), depicts a hopelessly messy relationship with all the weariness that the intervals between arguments entails; it’s not my story, and I hope it’s not yours either, but for four minutes or so it’s hard not to see yourself right in the thick of the bitter words despite the sweet harmonies.

The production, by Carll’s veteran singer-songwriter wife Allison Moorer and Nashville ace Kenny Greenberg, consistently does right by Carll’s character-rich but admittedly offbeat voice, giving little inflections and phrasings the weight often reserved for big notes.  Backing vocals swell when they need to (“Leave It All Behind” has an especially anthemic swell, and you can hear the imprint of Moorer’s co-writing) and stay out of the way when more intimate storytelling is in order. Taken as a whole, the album’s imperfect but never less than engaging; a couple of songs come and go without leaving big impressions, negative or otherwise, and as mentioned earlier some of the best ones hit too heavy to soundtrack just anything. But the gold outweighs the straw, and as has become a bit of a tradition for Carll, arguably the subtly best nugget of the bunch is saved for the end. “If It Was Up To Me” thumbs through wishes and desires with unhurried grace, a singer dropping each syllable like a coin in a well, ripples overlapping like your hopes and his. It’s a stunner without making a big fuss about itself. That might be Hayes Carll’s specialty.