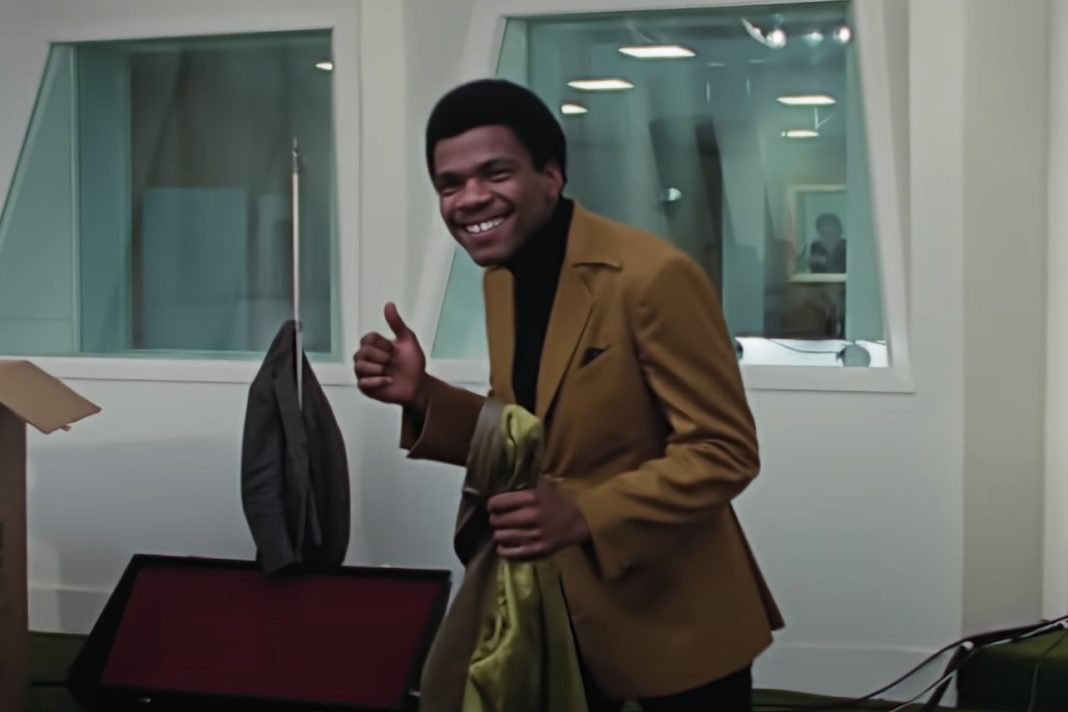 There are plenty of tense moments in The Beatles: Get Back, the nearly eight-hour-long documentary series from director Peter Jackson, which features restored footage from the 1970 documentary Let It Be.

But in Part 2 of the series, which was released on Disney+, there’s an undeniable point of joy: the moment Houston native and keyboardist Billy Preston steps into Apple headquarters on Savile Row and records with the band.

Superfans may have heard before that Preston’s presence during the Let It Be recording sessions helped ease some tensions, but now, thanks to this docuseries, they can witness Preston’s magic with their own eyes. But how exactly did this come about?

When George Harrison, who’d briefly quit the Beatles in early 1969, decided to return to the band, he brought along a secret weapon: namely, Preston. Harrison’s departure was the result of infighting and strained tensions within the Beatles. The bandmates were infamously at each other’s throats by this point, with starkly differing viewpoints on how the band was to proceed.

During his break from the group, Harrison caught a performance by Ray Charles in London. On the stage that night was Preston, whom Harrison and his fellow Beatles had befriended during their years in Hamburg, West Germany, when Preston would play with Little Richard and his band. Excited to see his old pal, Harrison sent Preston a message inviting him to join the Beatles in the studio.

This wasn’t the first time a non-Beatle had joined the Fabs’ ranks. Harrison had used the same method during the contentious White Album sessions, calling on Eric Clapton to join the group for “White My Guitar Gently Weeps.”

“It’s interesting to see how nicely people behave when you bring a guest in, because they don’t want everybody to know they’re so bitchy,” Harrison explained in the book The Beatles: Anthology. “Suddenly everybody’s on their best behavior.”

Preston makes his entrance about halfway through Part 2, during the “Day 14” chapter of the film. He drops in to say hello to the band, because he’s in London filming some TV appearances. He had no idea — according to the documentary — that the Beatles were in need of a keyboardist.

In the documentary, the Beatles all greet Preston warmly, treat him to an impromptu performance of “A Taste of Honey” (apparently a favorite of Preston’s), and then John Lennon casually asks him if he wants to be on their record.

“Every number’s got a piano part, and normally we overdub it, but this time we want to do it live,” Lennon explains. “I mean, just live to ourselves, straight-on, one after the other. And that means having somebody in on it. So if you’d like to do that, you’re welcome. And then you’d be on the album.”

“Sure, beautiful,” Preston replies, with a big smile on his face. Then he laughs, “Are you kidding?”

They were not, in fact, kidding. Presumably, the band takes some time to teach Preston the numbers, but the next thing viewers see is Preston at the keyboard tapping out the now-iconic electric organ riff on “I’ve Got A Feeling,” making brilliance look easy. Both McCartney and Lennon are grinning as they play, and you can just feel the band clicking in a way that hadn’t before.

“You’re in the group,” Lennon declares, the moment the song concludes.

“Electronic piano is such a great sound,” Harrison adds.

From there the musicians launch into “Don’t Let Me Down,” and though we don’t get to hear the entire take, you can tell it’s going to be a good one.

“You’ve given us a lift, Bill,” Lennon tells him. “We’ve been at this for days.”

It’s not just that Preston is an incredibly talented musician — though he certainly is. His generous smiles and obvious joy seem to pull the Beatles out of their funk. After all, they’re rock stars who play music for a living. Their recording of “Get Back” with Preston is so good, the band excitedly discusses releasing it as a single that week. (That didn’t happen, but was released as a single a few months later.)

“He got on the electric piano, and straight away there was 100 percent improvement in the vibe in the room,” Harrison recalled. “Having this fifth person was just enough to cut the ice that we’d created among ourselves. Billy didn’t know all the politics and the games that had been going on, so in his innocence he got stuck in and gave an extra little kick to the band. Everybody was happier to have somebody else playing, and it made what we were doing more enjoyable. We all played better, and it was a great session.”

The next day, while Preston is at one of his interviews, the Beatles talk about Preston, and Harrison brings up the issue of making sure he gets properly paid. “I’d just like him in our band, actually,” Lennon says. “I’d like a fifth Beatle.”

“I just don’t know. It’s bad enough with four,” McCartney quips, to which the others laugh.

Preston’s positive energy was contagious, and his influence wasn’t lost on the band’s onlookers. Producer George Martin asserted that the keyboardist “helped to lubricate the friction” among the Beatles, while the band’s press officer, Derek Taylor, remarked that Preston helped create a “very good atmosphere” in the studio.

Still, not everyone was eager to anoint the keyboardist as the band’s savior. Although Ringo Starr agreed Preston’s “Get Back” performance was great, he was careful to avoid giving the musician too much credit. “I don’t think Billy Preston made us behave a bit better,” the drummer opined in Anthology, instead insinuating the quality of the song helped get the Beatles refocused. “As always, when you’re working on something good … the bullshit went out the window, and we got back to doing what we did really well.”

Paul McCartney agreed Preston’s presence helped the Beatles behave “because it was like having a guest in the house, someone you put your best manners on for.” However, the rocker felt the keyboardist also brought new problems along with him. “There was a slight worry in the background that maybe he was joining the group,” McCartney explained, noting the situation was “a little bit puzzling.”

While it’s true that both Harrison and John Lennon had expressed a desire to have Preston join the Beatles full-time, an offer was never officially presented. Instead, the band credited “Get Back” to “The Beatles with Billy Preston,” the first time a guest musician had received such billing with the group.

The Beatles also enlisted the keyboardist to play on several more tracks, including “Dig a Pony,” “Dig It” and “I’ve Got a Feeling.” In total, the musician would contribute to seven of the songs featured on Let It Be. Preston would also perform with the group during its iconic rooftop concert, as captured in the Let It Be documentary. He’d later refer to that experience as the “favorite moment” of his long career.

Later that year, he signed to the Beatles’ Apple label and released his next two albums under it.  Even after the Beatles broke up, Preston remained in the orbit of the band’s various members. He contributed to their solo albums, and toured alongside Harrison and Starr in the ensuing years. In the ’70s, he’d record and tour with the Rolling Stones, and fill out his stellar resume by working with Elton John, Joe Cocker, Peter Frampton and Clapton.

Preston died in 2006, from kidney disease and respiratory failure. 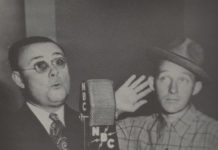