James McMurtry
The Horses and the Hounds
New West

Whether James McMurtry is the greatest living songwriter is largely a matter of personal taste — even after the sad attrition of legends over the last few years, we’ve still got Bob Dylan and Smokey Robinson and Joni Mitchell and a half-dozen or so others who could claim an even bigger catalog and cultural footprint. But he’s spent decades by now, toiling just left of the mainstream, honing a craft that he was already pretty prodigious at from the get-go. Born a decade or two too late to reap the rewards of having rock and pop stars spin his highly personalized compositions into gold records, he’s still soldiering on confidently and stubbornly, knowing the bite of his observations and depth of his storytelling doesn’t need bending or modulation in hopes of winning over any fence-sitters.  You meet McMurtry on his own terms or don’t meet him at all.

That being said, maturity and longevity don’t seem to have turned him self-indulgent. If anything, his songs this time around have even more hook and punch to them than usual, and his dryly observational voice has grown a bit warmer in its phrasing. His last album, 2015’s Complicated Game, doesn’t feel like it came out six years ago; the stretchy narratives were some of the best writing of his career, so rich with detail and characterization they still come across fairly fresh after more than a half-decade of rotation. He hasn’t abandoned that knack, but this time he’s putting it across with more muscular production and melodic drive, inviting as much comparison to Springsteen or Petty as, say, Guy Clark or Townes Van Zandt. 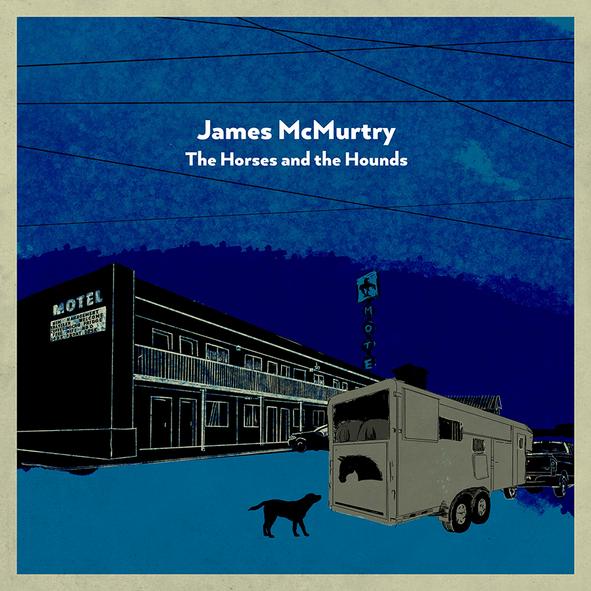 The usual-suspect giants of the Texas singer-songwriter tradition have a history of earning their word count with details that come off poetically well-observed; McMurtry frequently and winningly takes it a step further, including on his latest. His most powerful narratives often sound well-researched: it’s easy to imagine him holed up with not only a guitar and notebook but stacks of maps, old magazines, historic novels, almanacs, you-name-its, weaving a novella’s worth into a five-minute blast with room for a guitar solo. Lead-off track “Canola Fields” distills much of what works about his craft: every vehicle’s got a make and model, every mini-vignette’s got a geographic location, every romantic detail rings with emotional specifics. “Cashing in on a 30-year crush / Yeah, you can’t be young and do that,” he drawls out, and even though you’d need luck finding a picture of McMurtry smiling, it’s hard not to hear a warm grin in the delivery.

Some songwriters, of course, build a whole career out of “nostalgic lover” as a default setting, but for McMurtry that’s more like a departure he manages to absolutely nail now and then. He gets into the head of a disillusioned young soldier (“Operation Never Mind”) by throwing the details into your face, and then the head of a regret-burdened old farmer (“Decent Man”) by withholding enough to leave you sorting out the mystery. He paints sympathetic and affectionate portraits of middle-aged women in “Jackie” and the layered, waltzy beauty of “Blackberry Winter” that make a nice counterpoint to other graying rockers that can’t manage to sound like they’ve stopped trawling the nightclubs. He’s not afraid to sound like the curmudgeon that he’s occasionally pigeonholed as, although, to be fair, the fed-up protagonists in “Ft. Walton Wake-Up Call” and “What’s the Matter” are pretty clearly sung in character. When he’s more clearly himself, for lack of a better phrase, McMurtry can offer up something as warm as “If It Don’t Bleed,” a self-assured but kind olive branch from atheists to friends of faith that both sides could stand to listen to a few times.

Bottom line, McMurtry sounds more than ever like he’d like you to give his record a shot, although no more inclined to beg for it than usual. Close and repeated listens will be as rewarded, as usual. And while no man or woman really gets to claim the “greatest living songwriter” crown universally, McMurtry’s hat lands as close to the center of the ring as usual.