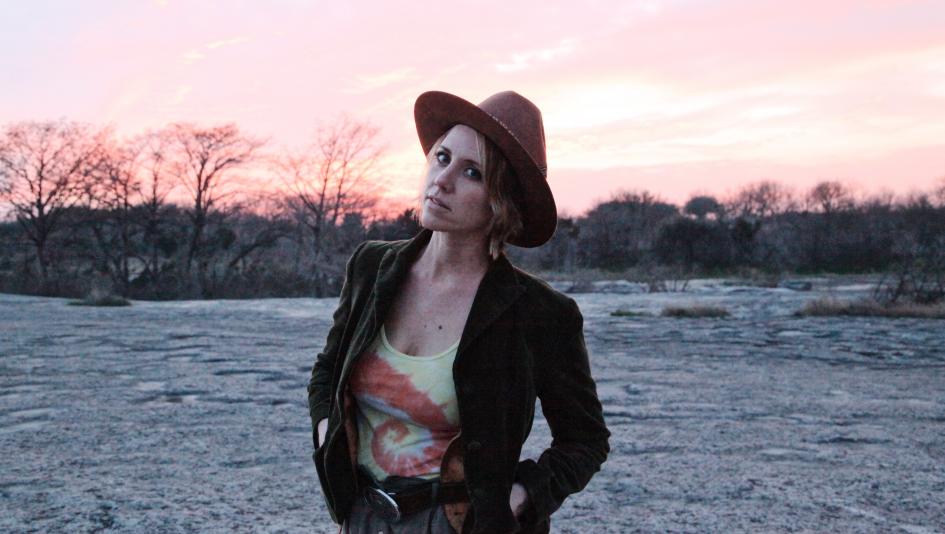 COUNTRY MUSIC’S geographic underpinnings are right there in the genre’s title: country. But while many a country crooner sings about rural life, small towns and livestock, not a whole lot of them actually grew up in such a setting.

Jamie Lin Wilson sure did. Raised in tiny Sealy, Texas, she slept atop her horse, learned to play basketball atop her horse and, perhaps most critically, managed to avoid having an uncomfortable conversation with her parents about where babies come from when a pair of her family’s horses coupled. “My dad was like, ‘Come on out, kids. This is biology,’” says Wilson. “We never had to have that awkward talk.”

Those procreative ponies seem to have set a fine example for Wilson, who’s raising four children with her cattleman husband, Roy, on their Hill Country property outside of San Antonio in D’Hanis. Rearing a quartet of offspring would be heroic for anyone, but Wilson moonlights as one of the Lone Star State’s most well-respected and in-demand singer-songwriters.

An alum of the Trishas, the all-female Americana supergroup of sorts, Wilson dropped her second solo album, Jumping Over Rocks, a year ago to much acclaim. The album is a rich collection of story songs delivered over rootsy strings, moody keys, crying steel and sparse percussion, carried by Wilson’s soprano that can convey tears or laughter with equal ease. As on her impresive solo debut, 2015’s Holidays & Wedding Rings, Wilson examines the ups and downs of relationships, the maturation of individuals and how life takes its toll on us all.

Possibly the greatest endorsement of Wilson’s value is how revered she is by her peers. From Ray Wylie Hubbard and Wade Bowen to Cody Canada and Jason Eady, she’s often the woman they call on to finish a song, lend a vocal or invite on stage to add some color to a live performance. Wilson’s hustle would mean little if she didn’t have the talent and expertise to step into just about any musical scenario and make it better.

And for that, Wilson credits, in part, her equine upbringing. “Horses teach you how to deal with people, how to approach certain situations,” she says. “You don’t know what you’re getting into, whether it’s a horse or a 2-year-old child. They gave me a lot of confidence and independence.”