If you’re striving to be a heard-it-all completist of Texas singer-songwriters — even if you just narrow it down to the country/folk/Americana end of things — expect to be both richly rewarded and comically overwhelmed. There are the obvious and prolific greats, living or otherwise. There’s the middle-aged troubadours hitting their artistic stride, and there’s the talented upstarts that just might make a career out of this thing yet. And there’s an ocean of part-time locals of varying ages and walks of life who might go months without seeing a microphone, not so much striving for a breakthrough as they are trying to carve out the time and chance to do it at all. They don’t have the cache to demand your attention and admittedly might not have whatever combo of talent, charisma and other intangibles might make them keep it. But it’s a worthy pursuit to check them out, because sometimes you get a Joe Tidwell.

If you don’t know who that it, that’s OK. Tidwell hasn’t necessarily made it his business to make his name known. A couple decades ago, he dabbled in the College Station music scene that birthed noteworthies like Jamie Lin Wilson and Larry Hooper, but didn’t hit the stage or the studio anytime soon thereafter. He served a long stint in the Marine Corps, settled down in Boerne, raised a family, got a job that had nothing to do with music. But he didn’t forget his old songs and didn’t stop writing new ones. 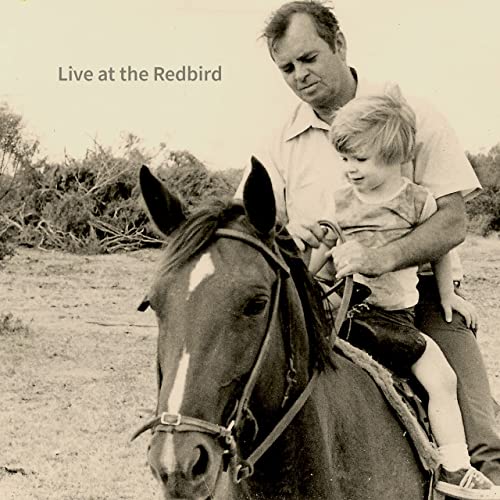 There’s nothing that screams or even quietly hints “careerist” on Tidwell’s first and only album to date: for the most part, it just sounds like he let someone hit RECORD when, for a change, he took the stage for longer than a standard open-mic set at the newly minted New Braunfels songwriter enclave, the Redbird Listening Room. The songs are rich with everything you’d want out of a solo acoustic number: humor, detail, pathos and no shortage of wry, lived-in observation. The spoken intros — which are, pointedly, not track-separated from the songs — take the performances a level higher. While they don’t sound entirely off the cuff, they also don’t sound rehearsed. Maybe “comfortable” is the word.

The songs themselves? Less comfortable sometimes. And that’s not a negative — it’s a testament. Unburdened by commercial concerns, or even a directive to play nice background music, Tidwell isn’t afraid to let a song bite. Despite his combat-veteran background and writerly wisdom, he’d just as soon self-efface, sometimes going so hard on himself that that itself might make you squirm a bit. Sometimes it’s as lighthearted, as recounting his high school band-dork days on “Minor Distractions,” and sometimes it’s as beautifully cringey as him laying his youthful courtship (and seemingly more-recent) screwups out on display with his wife apparently right there in the audience as he intros “A Song For You” or “One More Time.” The stories are so rich with personality they give the songs almost too much to live up to, but the deal is sealed fully and repeatedly. Warm in tone and disciplined in delivery, even Tidwell’s vocals are notably better than they have to be to get his points across.

If you’re looking for an artistic comparison, Tidwell lands somewhere in between Max Stalling’s small-town warmth and James McMurtry’s more acerbic tone. He finds fertile ground in his own military history, mixing hard-eyed truths with more poetic musings on standouts like “Saint Jude & Saint Christopher” and “Everybody Ain’t A Hero,” which manages the tricky goal of being both humble and confrontational. His forays into family history somehow hit even sadder and darker: “Saddle,” as uncomfortable as it is unforgettable, is a tale of emotional manipulation, while “Cardinal” whittles the weight of an aging father’s long goodbye down to pencil-sketch size, even as Tidwell’s kids chime in as an unexpected string section.

The recording is less than pristine; between some random guitar buzzes and the ongoing banter, this isn’t meant for anyone’s background music playlist. It’s not a demo tape to see if some bigger band might snag the songs and make Tidwell some mailbox money. It’s highly personal, made for listening close or not at all, but it’s more than up to the challenge if you choose the former.