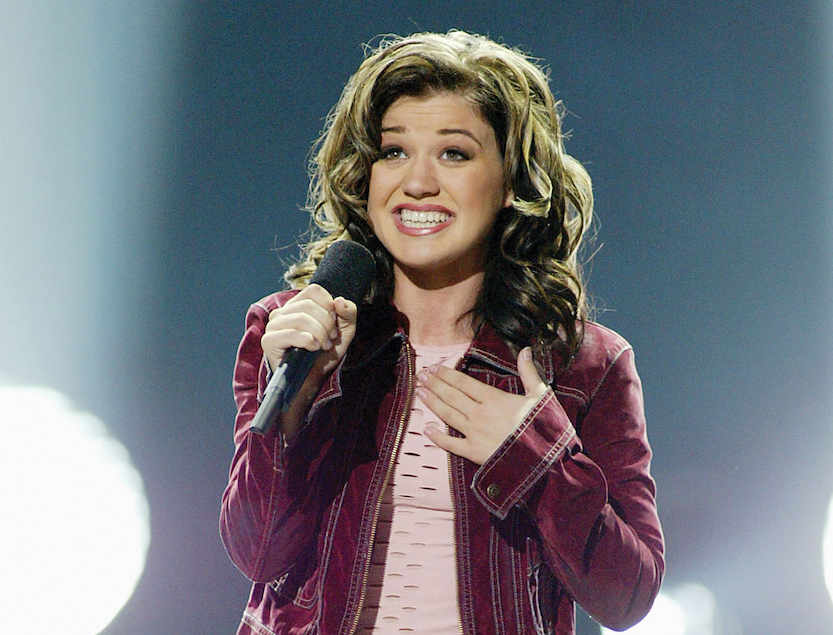 AS A YOUNG ADULT, Kelly Clarkson was broke. Before her American Idol audition in 2002, “I had nothing to my name,” she says. “Literally, I had to make a top to go to that audition. I had no clothes, no nothing.” Before taking the stage in front of the Idol judges, Clarkson, just 20 at the time, showed off the outfit she’d made from an old pair of jeans and joked with host Ryan Seacrest, “I’m gonna be a fashion designer if this doesn’t work out.”

Clarkson grew up in Burleson, Texas. She earned a few music scholarships but decided to forego college and move to Los Angeles to pursue her dream of becoming a backup singer. To make ends meet, she worked at Papa John’s and Subway, and as a cocktail waitress at a comedy club. “I did anything that paid,” she says.

After a year and a half in L.A., the apartment that Clarkson shared with a roommate burned down. She slept in her car for a few days until she had enough money to drive back home to Texas.

That was in 2002, around the time American Idol was hosting auditions for its debut season. She nailed the audition and made it to Hollywood for the final rounds of the competition. At the time, with Idol new and untested, “nobody knew if anyone was going to watch it,” Clarkson says. While she was excited to advance to Hollywood, she assumed the show would flop. Even if it did, she figured, “I’d at least make enough money to where I could just get everything going again.”

The show didn’t flop, of course. And Clarkson won, which launched her career. After her win, Clarkson released a No. 1 single, “A Moment Like This,” and got a record deal — and that, as they say, was only the beginning.

FOR MEGAN THEE STALLION, A DIFFERENT KIND OF COVER

5 QUESTIONS WITH TWO TONS OF STEEL