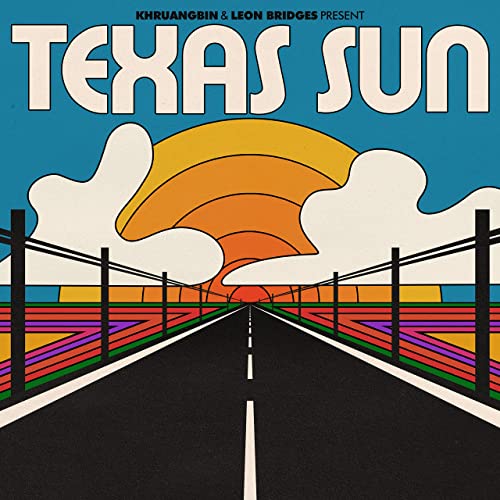 It was a cool idea from the start: Fort Worth retro soul man Leon Bridges and dreamy Houston psych-guitar trio Khruangbin join forces to record an easy-going, Texas-centric stoner-soul EP seemingly tailor-made for lazy floats down the river. Just in case there was any doubt what this four-song love letter home was all about, the festival darlings even titled it Texas Sun. And as an exercise in imaginative cross-state collaboration, it’s exciting. As a record, it’s just okay. Khruangbin definitely have the soulful bass grooves to successfully wed their sound to Bridges’ Chicago-style croon, but perhaps in their reluctance to overshadow one another, neither element quite reaches the heights they’re capable of. Inspired by Thai funk and Latin rock, Khruangbin provide a break from Bridges’ museum-quality reproductions of classic ’60s soul, but their sun-dappled grooves also aren’t big and tight enough to lift the singer up to his showy best. Likewise, Bridges’ earnest vocals keep Khruangbin a bit too grounded to really take off into weird flights of funky fancy. There’s nothing at all wrong or unpleasant about a song like the EP’s title track, where country soul meets claves and congas out on a dusty road somewhere. It’s just that the road doesn’t go much of anywhere. “C-Side” is a fun little beat in search of a hook. Listening, it’s hard not to wonder if they’re holding one another back. Maybe the most effective tune is “Conversion,” which includes a piece of the gospel hymn “At the Cross.” Khruangbin mostly stay out of Bridges’ way on the song and let his vocals take over. But Texas Sun could have been a weirder, riskier record for both these acts—a fresh, crazy misstep would have been a lot more fun than meandering jams this staid. It might make great background music for a Tarantino film someday, but for now, this pairing is lacking the energy and edge needed to make it more than the sum of its parts.