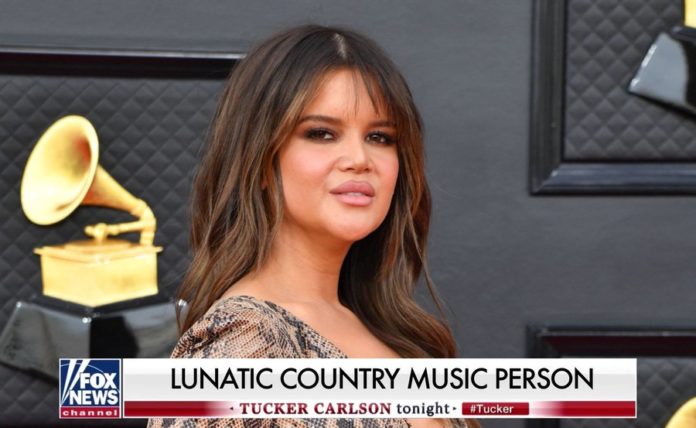 Maren Morris flipped the script after a conservative television host lambasted her on Thursday (Sept. 1) in response to her online clash with the wife of country singer Jason Aldean.

Some context: Last week, Morris responded to an Instagram post by Brittany Aldean, who shared a video where she showcased herself before and after getting her makeup and hair done. “I’d really like to thank my parents for not changing my gender when I went through my tomboy phase,” Aldean captioned the post. “I love this girly life.”

Morris posted, “It’s so easy to, like, not be a scumbag human? Sell your clip-ins and zip it.” She referred to Aldean as “Insurrectionist Barbie.” The Grammy winner’s response came after Morris’ touring partner, singer Cassadee Pope, also called out Aldean, a mother of two, writing, “You’d think celebs with beauty brands would see the positives in including LGBTQ+ people in their messaging. But instead, here we are, hearing someone compare their ‘tomboy phase’ to someone wanting to transition.”

Aldean, after widespread backlash, claimed her message was “getting twisted,” then went on Tucker Carlson Tonight Thursday to defend herself. “I’m advocating for children,” she said. “I think children shouldn’t be allowed to make these life-changing decisions at such a young age. They aren’t mature enough; they should have parents who love them and advocate for them regardless. We have ages on everything. We have it for cigarettes, driving, military, voting … yet for some reason, people think we can let a child choose their gender so young? It’s very baffling to me.”

The Fox News host, siding with Aldean, dubbed Morris a “Lunatic Country Music Person,” complete with an on-screen chyron; Morris briefly made a screenshot for her profile photo on Twitter.

On Friday, Morris took it a step further and rolled out T-shirts with the moniker and the phone number for Trans Lifeline, a non-profit hotline that offers “direct emotional and financial support to trans people in crisis.”

In “less than a day,” Morris claimed, she’d raised more than $100,000 from sales, with proceeds split between Trans Lifeline and GLAAD’s Transgender Media Program.

“Have a great Labor Day weekend, lunatics,” she tweeted.