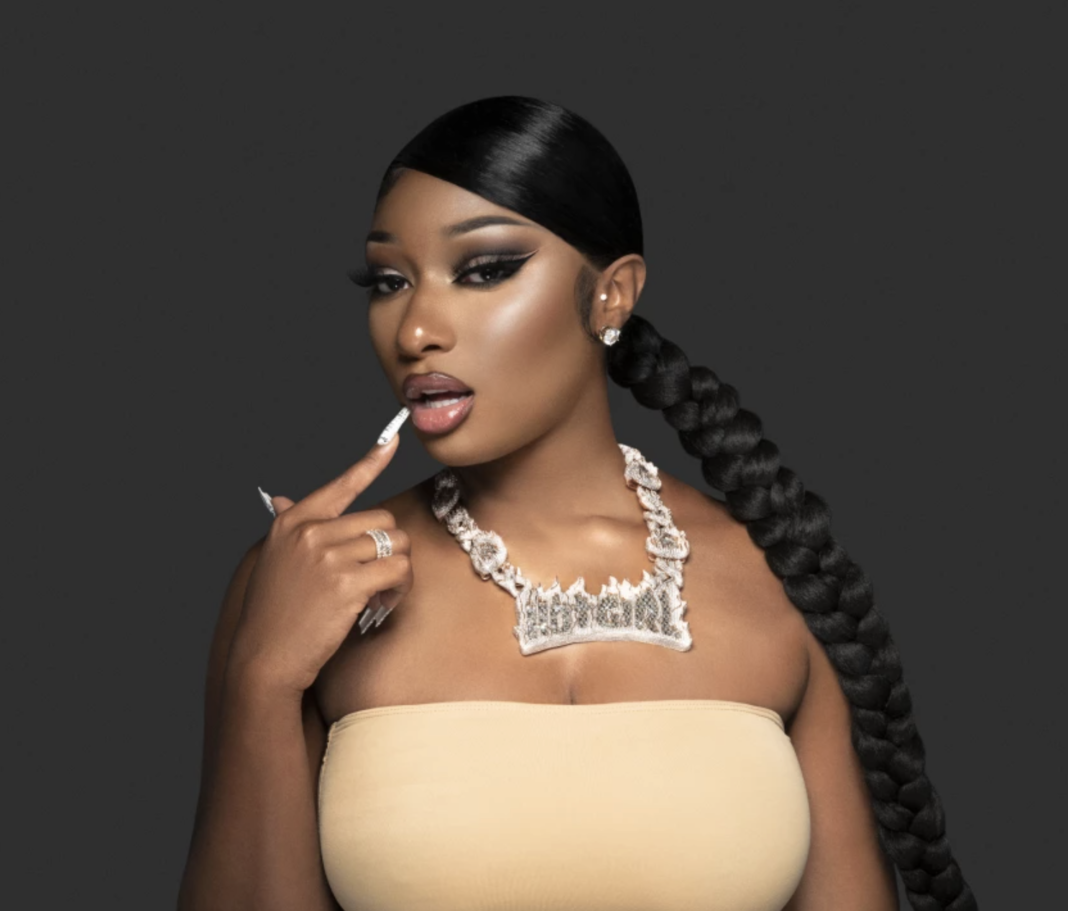 Megan Thee Stallion performed two songs at the Billboard Music Awards in Las Vegas May 15, almost two weeks after the Houston rapper was honored with her very own day in her native city. Mayor Sylvester Turner proclaimed May 2 Megan Thee Stallion Day, and the singer was awarded the key to the city.

Sylvester and members of the Houston City Council celebrated Stallion’s philanthropic endeavors on a day — not coincidentally — that happened to be both her mother’s and grandmother’s birthdays. The honor comes two years after Stallion landed on the cover to Time magazine for its “100 Most Influential People” issue.

“Thank you for honoring me today,” Stallion said at the ceremony. “I will continue to give back to the city that made me who I am today.” Then, referencing her grandmother and mother, she added, “I don’t know what kind of lady I would be if granny didn’t raise me to be so kind and so giving. You could walk by these ladies’ houses, and they’d be giving out dollars, candy — whatever they had, they were giving it out at the door. They made me feel so beautiful and so loved, and they made everybody they met feel just like that.”

Stallion shared the news with her 30 million Instagram followers.

In his remarks, Sylvester noted that “Megan Thee Stallion has an extraordinary entertainment career, but we wanted to honor her for what she does offstage to lift people’s lives in underserved communities. She assisted people after the 2021 winter storm, during the pandemic, and helped those struggling with homelessness. I look forward to watching her grow as an artist and humanitarian.”

Meanwhile, at the Billboard Music Awards, Stallion performed after winning Top Rap Female Artist, the lone Texas winner on the night. She offered a resounding performance of her latest, “Plan B,” before switching up the tempo and segueing into her fast-paced Due Lipa-collaborative record, “Sweetest Pie.”

Stallion first premiered “Plan B” as a teaser on social media in April before performing the record live at Coachella. The song samples Jodeci’s 1995 hit “Freek’n You (Mr. Dalvin’s Freek Mix)” and debuted in the Top 30. She previously performed “The Sweetest Pie” at the iHeart Radio Music Awards, where she twerked out a piano melody.