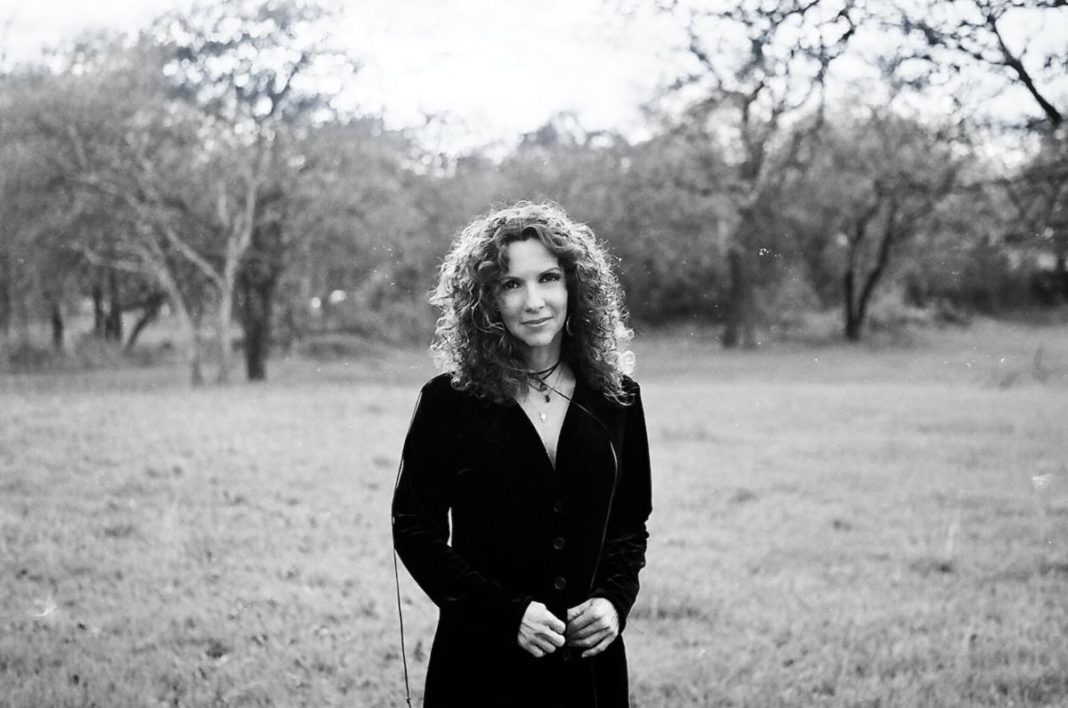 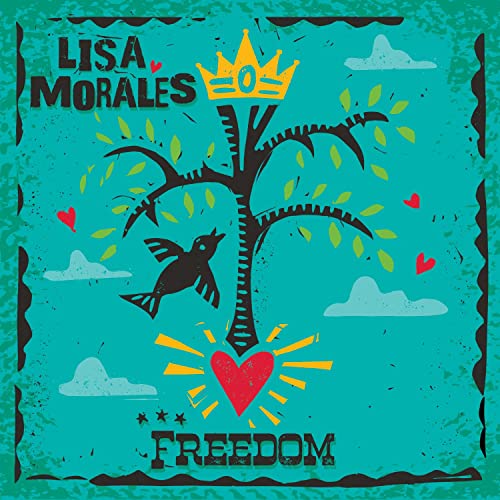 Lisa Morales’ new single, “Freedom,” has a simple message: love thy neighbor. Morales, who lost her sister, Roberta, in August, sings about the power of loving each other and speaking up when we see injustice against marginalized populations. “We can no longer turn the other way,” she sings. “Humans being harmed is not okay.” The song, produced by David Garza, features Gregg Rolie (Santana, Journey) on backing vocals and signature B3; bassist Time Lefebvre (Tedeschi Trucks), keyboardist Rachel Eckroth (St. Vincent), and drummer Beth Goodfellow (Iron & Wine). “Freedom” premiered Nov. 2 on PopMatters. To hear it live, check out Morales’ upcoming tour dates. 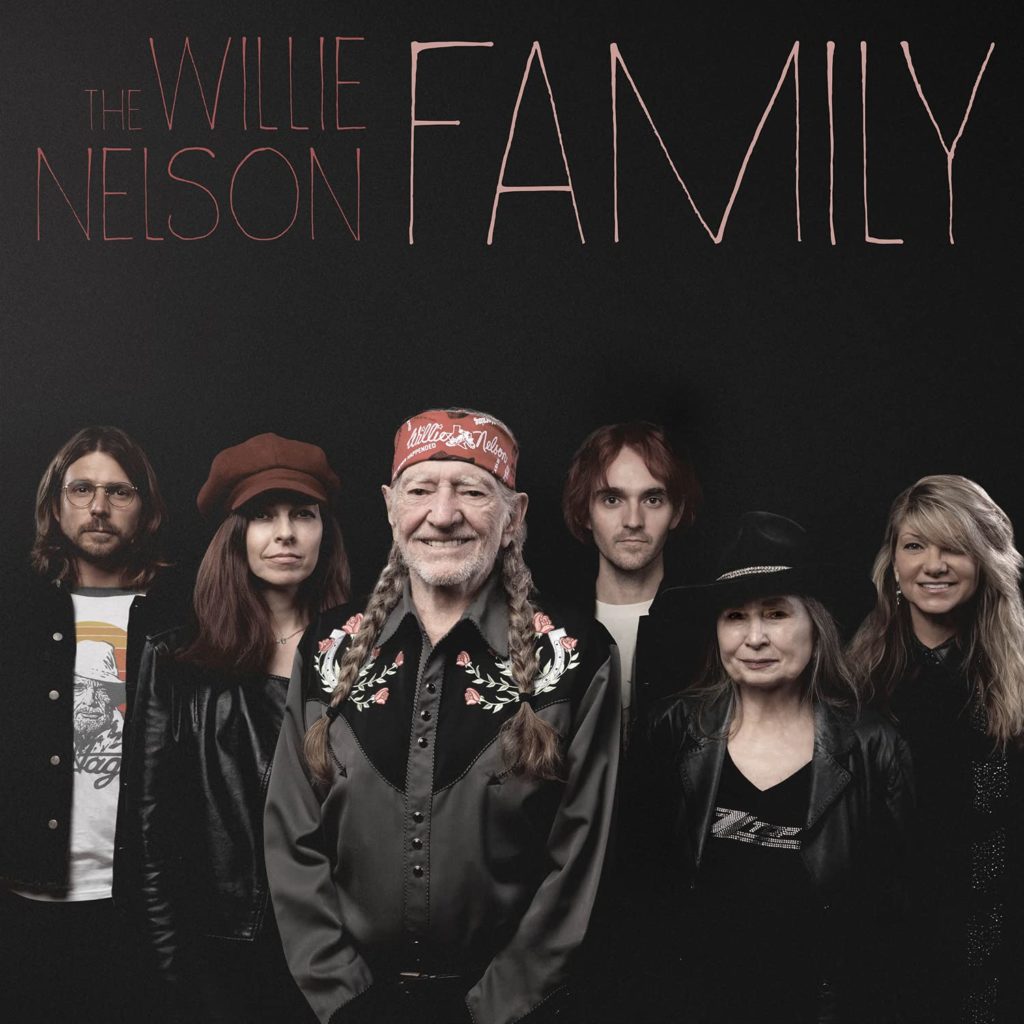 In anticipation of its new self-titled studio album, the Willie Nelson Family has released its second single, “All Things Must Pass.” A heartfelt performance of the George Harrison classic, “All Things Must Pass” is one of the key tracks on the upcoming release. “Working with family, creating music, is pure bliss,” says Lukas Nelson, the song’s lead vocalist. “What a gift that we were all able to come together and celebrate the power of music during these troubled times.” The Willie Nelson Family will be released Friday, Nov.19. 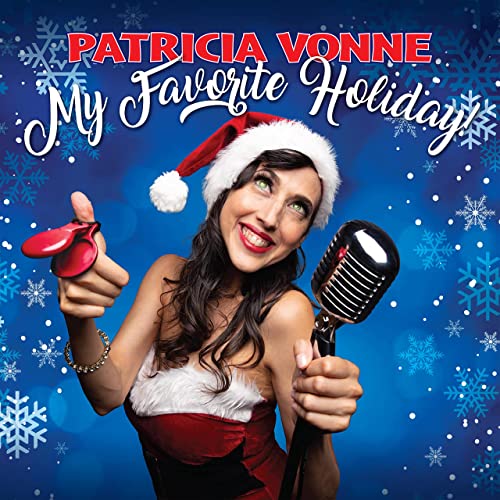 San Antonio’s Patricia Vonne, a musician, actress, filmmaker and two-time SXSW best female vocalist winner, is back with a new album, My Favorite Holiday, on her label Bandolera Records. The opening track, “Santa’s On His Way,” originally intended as a one-off single, inspired the full-length album. “This is a gift to my family, friends and loyal fans around the world,” she says, “who’ve given me courage, lifted me up and supported me on my musical journey.” My Favorite Holiday is out Nov. 19. To celebrate its release, fans can join Vonne for a show Nov. 27 at One-2-One Bar. 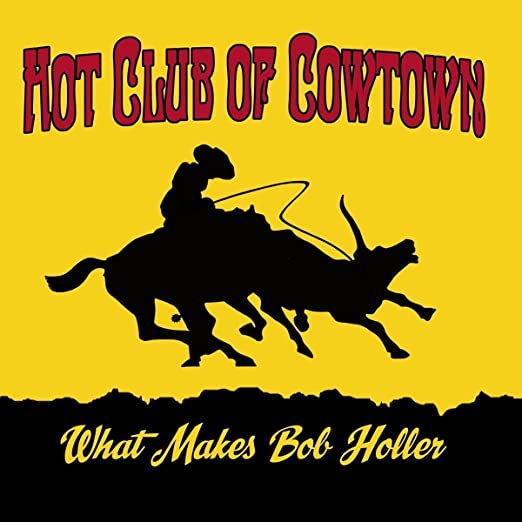 Hot Club of Cowtown, a world-traveling string trio inspired by hot jazz and early Western swing, is celebrating the 10th anniversary of What Makes Bob Holler with a first-ever vinyl edition. The album showcases Western swing standards made famous by Bob Wills and his Texas Playboys and was a Top 20 on the Roots Radio Report Chart in 2011. The album hits stores Dec. 10. 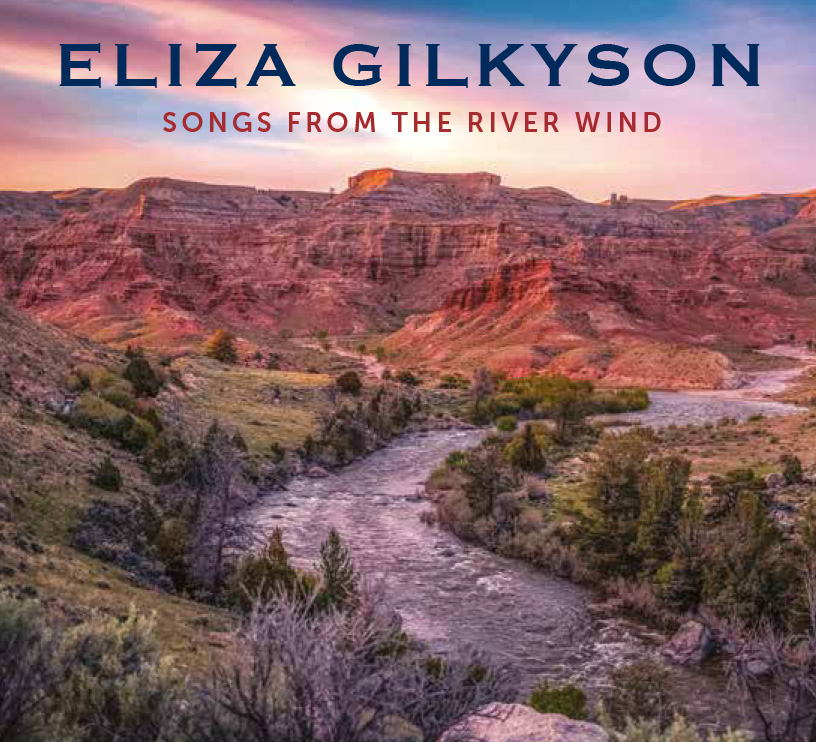 Twice Grammy-nominated folksinger Eliza Gilkyson has written a love letter to the Old West, and she calls it Songs From the River Wind. The new Western-themed acoustic album was made with Don Richmond and the Rifter and will be released Jan. 14 on Howlin’ Dog Records. Songs From the River Wind is composed of snapshots of the people and places, lives, and loves lost and found over Gilkyson’s years of wandering the West as a musical minstrel. 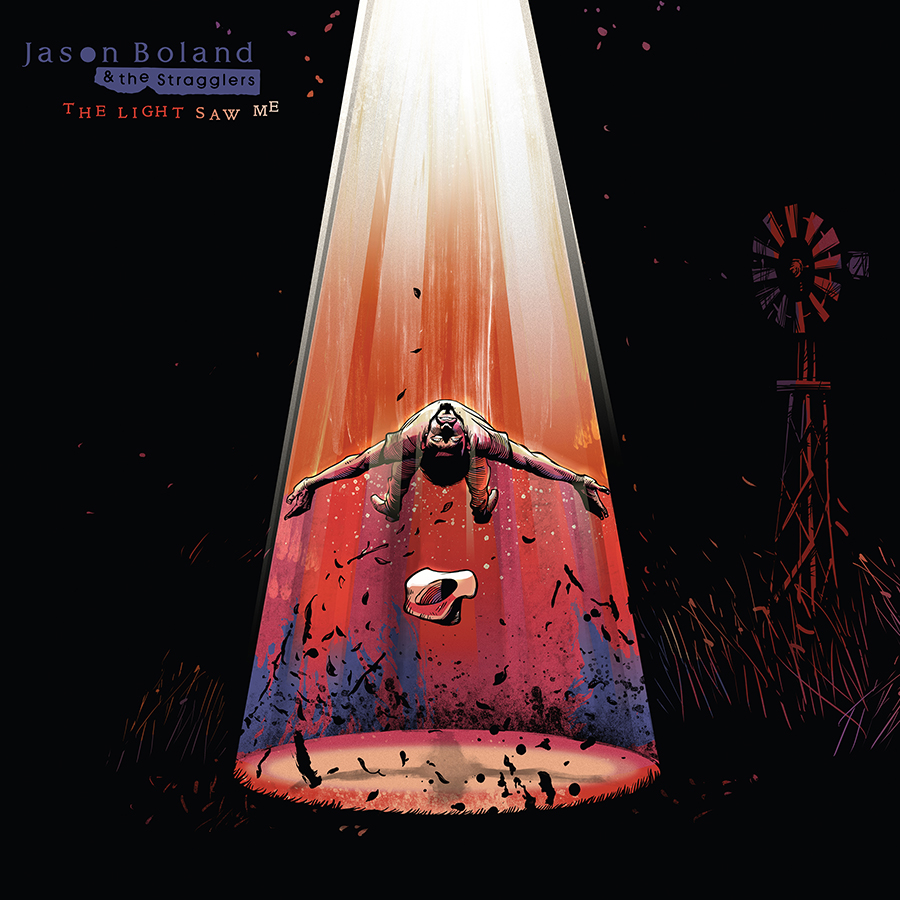 Jason Boland’s new concept album with the Stragglers, The Light Saw Me, will be released via Thirty Tigers Dec. 3. Inspired by Boland’s belief in the possibility of alien contact with Earth, the album tells the story of a Texas cowboy from the 1890s who is abducted by aliens and thrust into the future by a century. Produced by Grammy-winner Shooter Jennings, The Light Saw Me finds Boland and his band blending crunchy guitars, psychedelic pedal steel and roaring fiddles to create a vivid sci-fi experience. 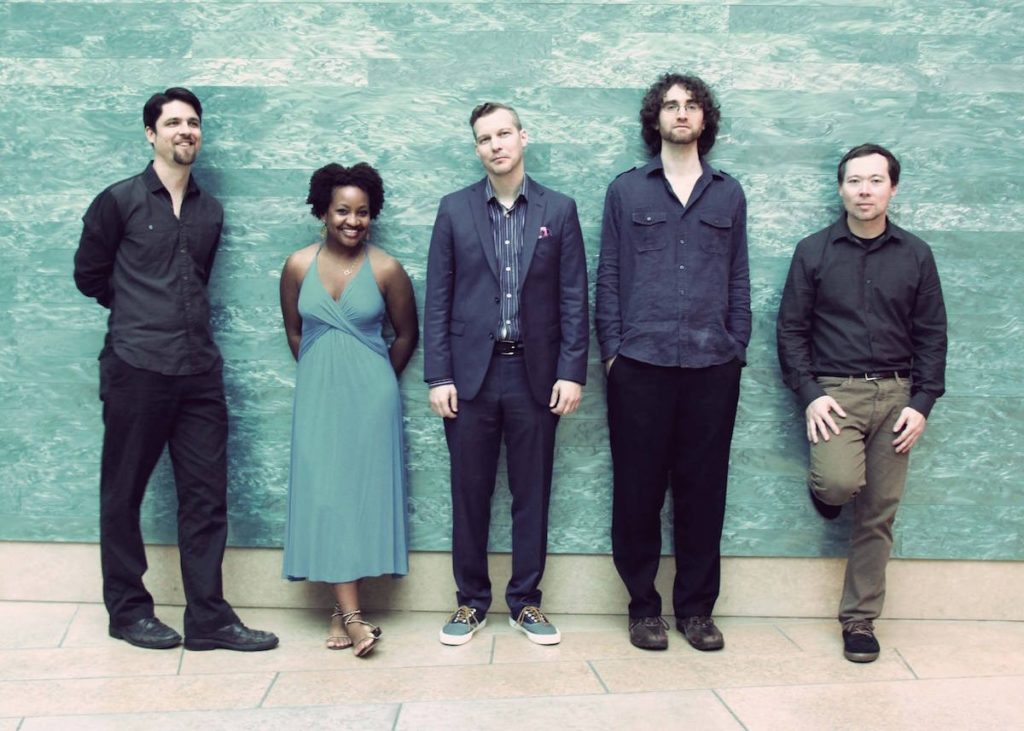 In anticipation of their upcoming self-titled record, the Austin based neo-jazz quintet Nori has released its cover of Nina Simone’s “Four Women.” While that song and another new single are available on streaming services, the album itself will go straight to vinyl. NORI — the album — is a collection of songs written between 2015 and 2021 that addresses identity, activism, racism and love through a musical style deeply rooted in both American jazz and folk music traditions. The full vinyl drops Dec. 3 with a release party at Central Market North, 5:30–8 p.m. Dec. 11. 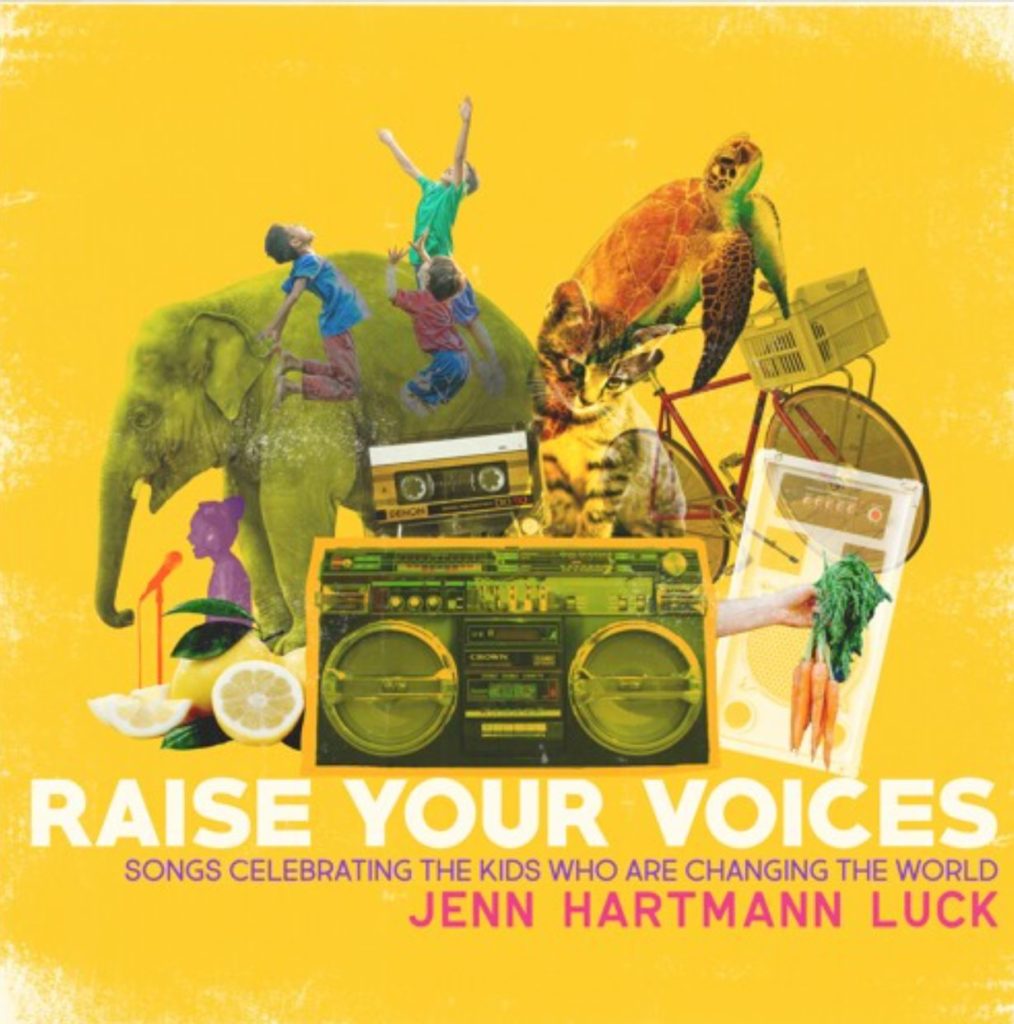 Jenn Hartmann Luck’s new album, Raise Your Voices (Songs Celebrating the Kids Who Are Changing the World), features songs inspired by children from all over the U.S. and the charitable things they’re doing for their communities and the planet. The album’s newest singles, “With Love,” “Grow (Keep it Alive)” and “Make a Difference” were all inspired by Austin’s own Lotus Reed, Ian McKenna and Lucy Luck, respectively, and proceeds from each song’s downloads will go to the organizations they support. Raise Your Voices was released Nov. 12, and its release show is Nov. 14 at Thinkery. 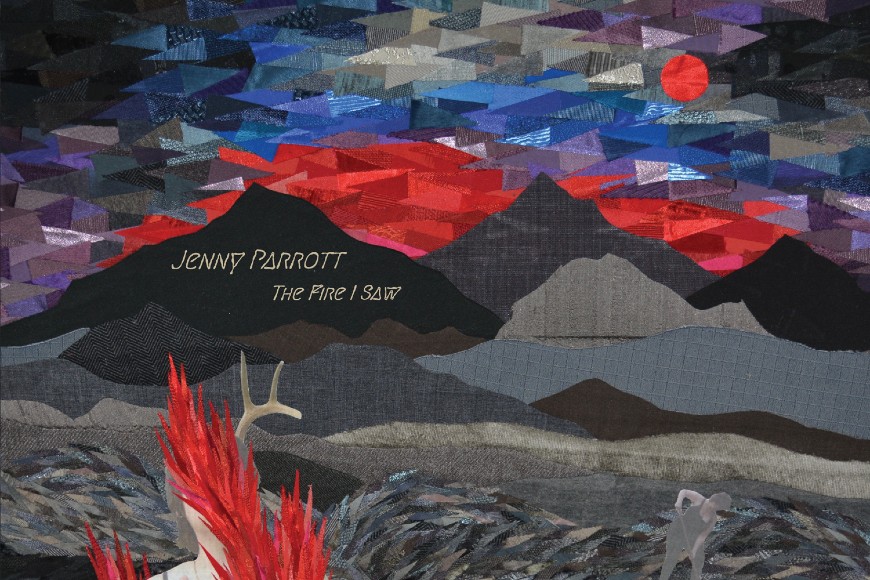 After a 2017 debut that earned a spot as one of the Austin Chronicle’s Top 10 albums of the year, Jenny Parrott is releasing her follow-up full-length album, The Fire I Saw, available Nov. 12. The album is an evolution of Parrott’s seemingly effortless lyricism, humor-infused despair and economical yet unforgettable melodies. “A lot of the songs are about life, death and faith,” Parrott says. “I’m trying to be myself with the songs and performances instead of putting out a record with the right number of happy-sounding songs on it.” The release has been preceded by singles “I Thought” and “Georgica.” 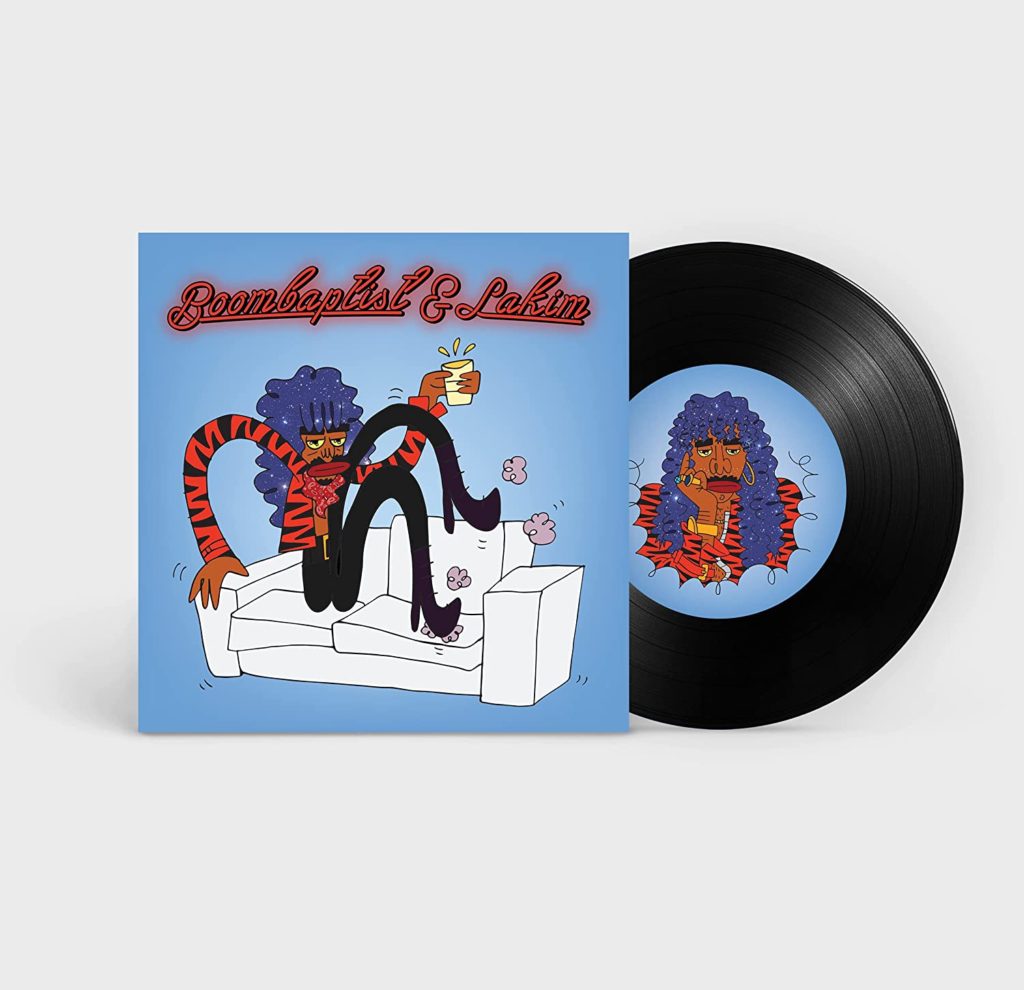 “What did the five fingers say to the face? SLAP!” In their new album, I’m Rick James, Bitch, Lakim & BoomBaptist have teamed up, paying tribute to Rick James and the popular Chappelle’s Show sketch about him. The resulting edits of two classics, “Superfreak” and “Mary Jane,” are a DJ’s dream. Supported by Questlove and Just Blaze, and released by Bream Dream Records, the album will be available digitally and on 7” vinyl Dec. 10. 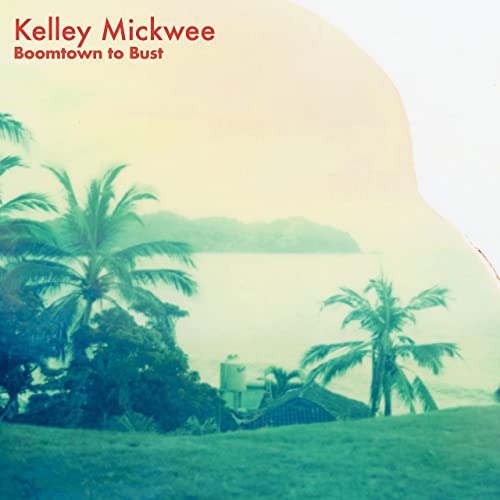 Kelley Mickwee, a mainstay in the Texas-based music scene for years as part of Shinyribs’ Shiny Soul Sisters and the Americana group the Trishas, has a new two-song project called Boomtown to Bust. The songs, featured as A-side and B-side singles, were released Oct. 1, and will be available on 7-inch vinyl in early November. Both songs, “Boomtown to Bust” and “Let’s Just Pretend (We’re Holding Hands),” were co-written with Ben Jones as part of a conceptualized duets album and feature contributions from Jonathan Tyler and Reckless Kelly’s Cody Braun. “I’m so proud of how these songs turned out,” Mickwee says, “and it just felt like the right time to put new music out and see if people are still interested in what I’m doing on my own.” 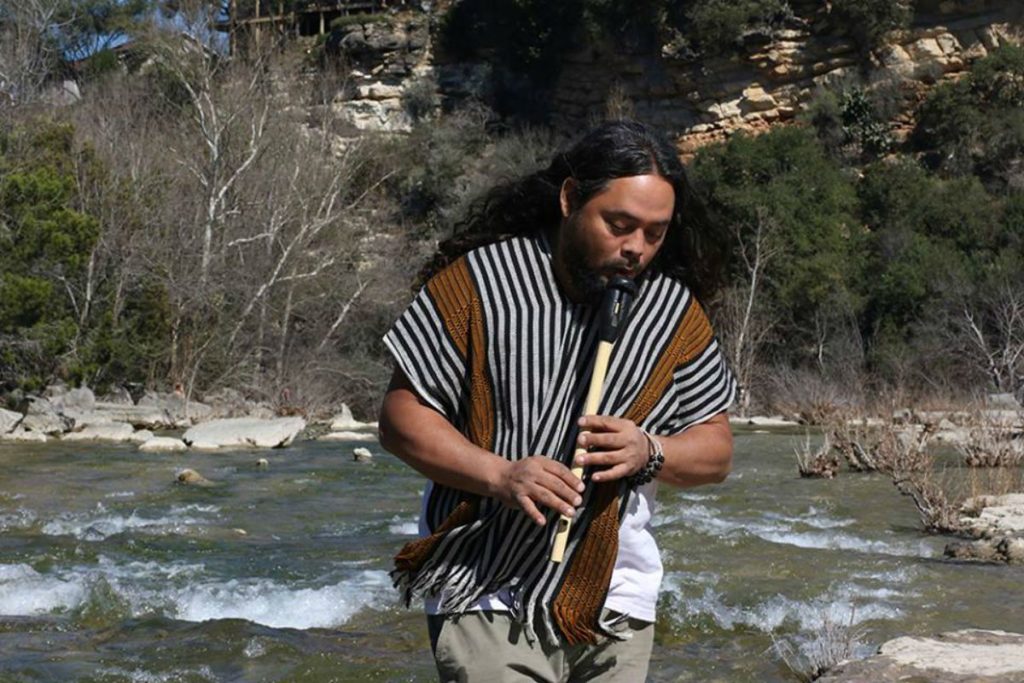 Austin-based Kiko Villamizar released the title single from his upcoming album, Todo El Mundo, Nov. 12. The song’s Claymation video won “Best Music Video” at the Lost River Film Festival. Inspired by the plight of families separated at the border, Villamizar says “‘Todo El Mundo’ is about how everyone and every creature not only has the right to migrate, but how that is the permanent state of all things.” Born in Miami, Villamizar was raised on a Colombian coffee farm where he learned Colombian folk music through oral tradition. Todo El Mundo (which will be released in January), carries those ancestral music traditions into the future. 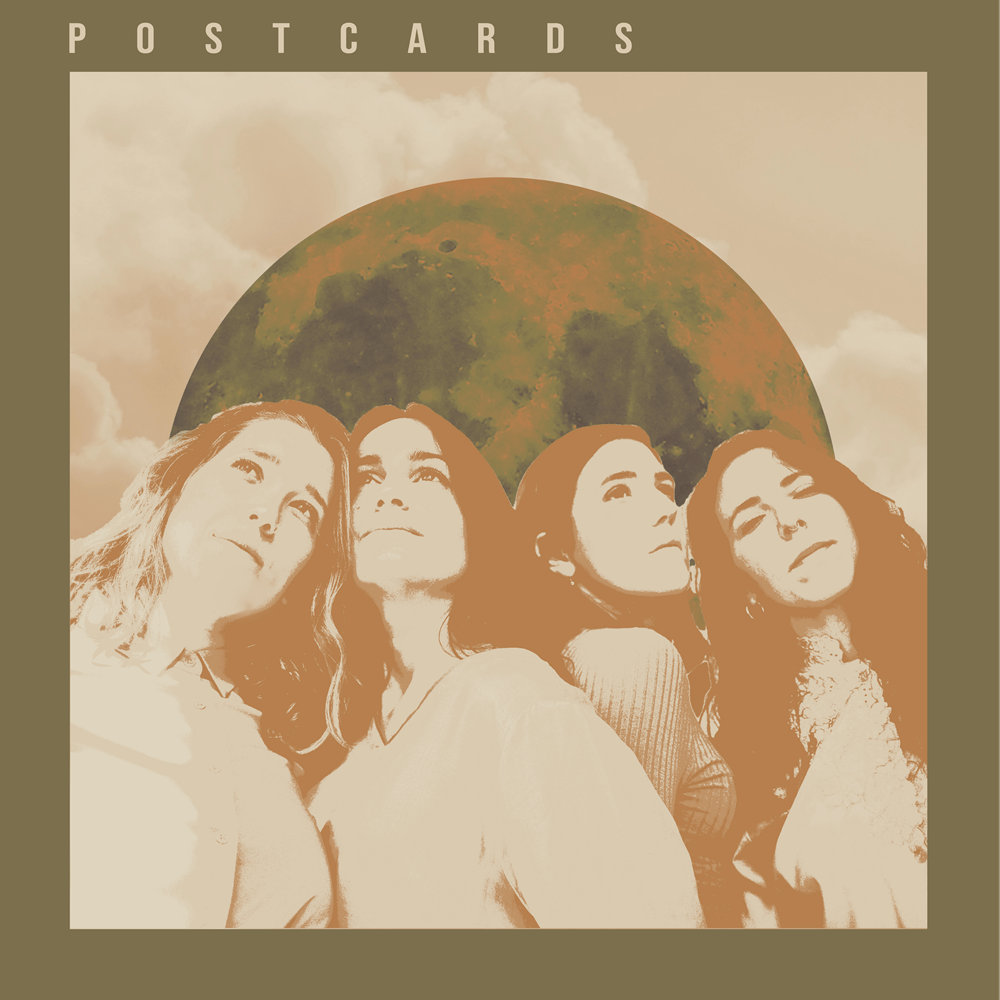 Multilingual folk fusion group Ley Line released “Postcards,” the first single from its upcoming album, Nov. 12. The song’s lyrics speak to the journeys we share with our closest friends — the life-changing memories, the love and the longing when one chapter ends and a new one is yet to begin. The band will celebrate at 3TEN in Austin Nov. 26. 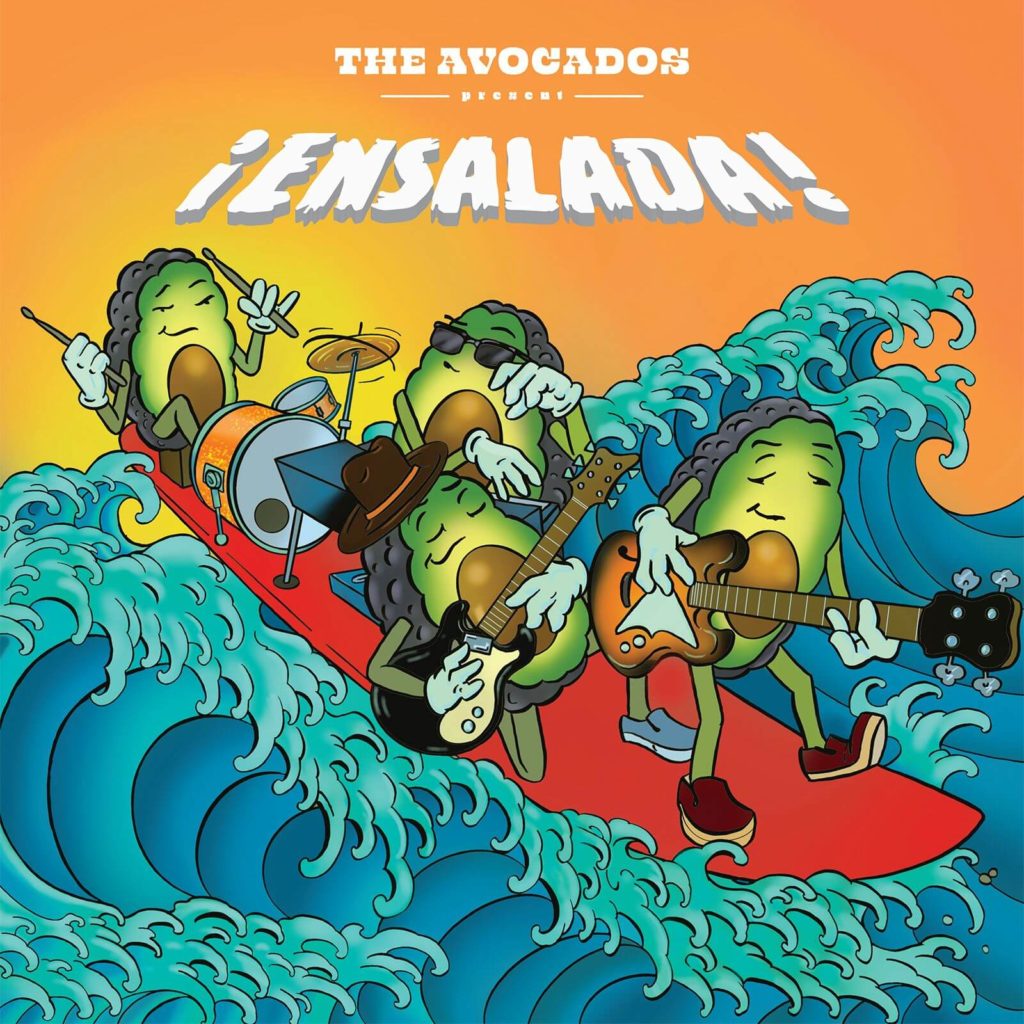 With influences ranging from afrobeat to psych, Latin to punk, the Avocados’ new album, ¡Ensalada!, out Nov. 13, showcases the breadth of styles the band brings to surf rock. Grown in Austin’s East Side, The Avocados will celebrate the album’s release with a performance at The Far Out Lounge in South Austin Nov. 13. 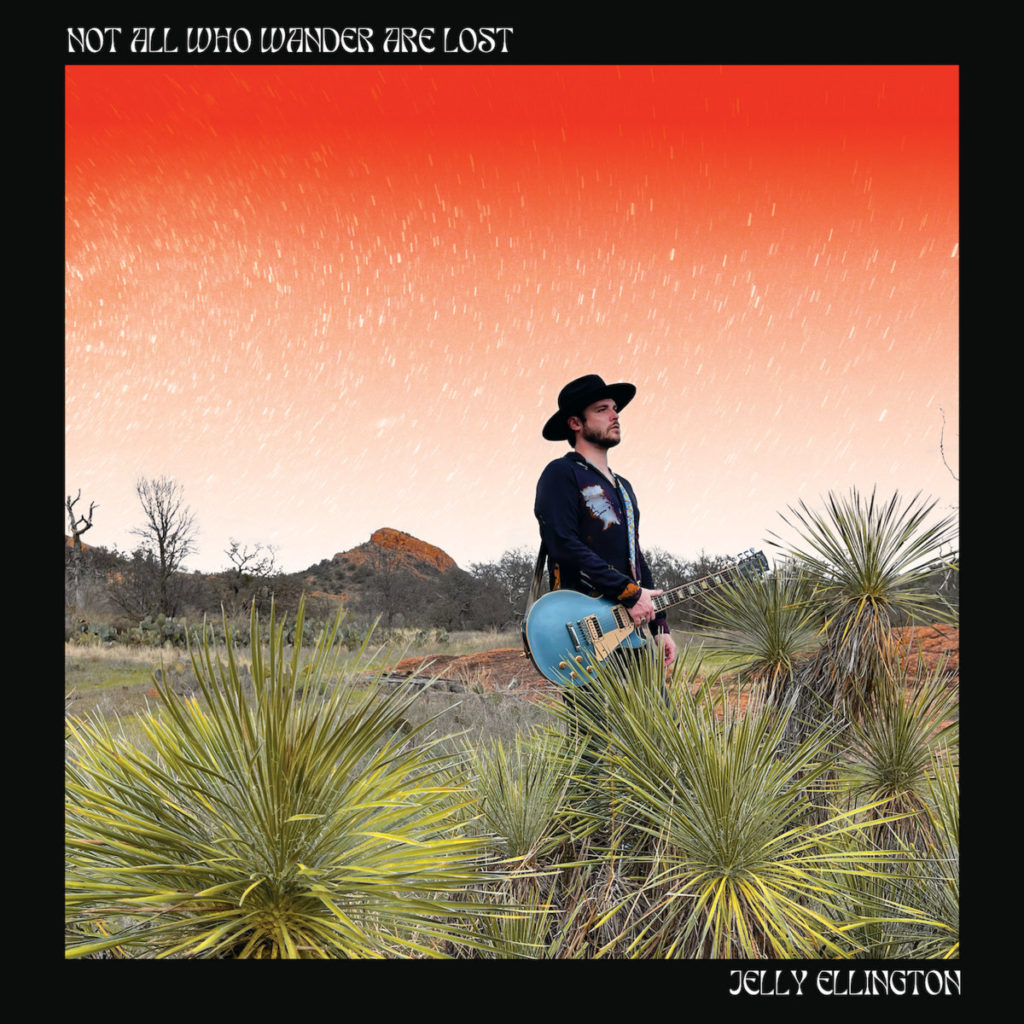 Blues-rock guitarist and singer-songwriter Jelly Ellington released his sophomore album, Not All Who Wander Are Lost, Nov. 5. Recorded at Austin’s 512 Studios, the album is a 12-song mixture of Ellington’s blues, hip-hop and rock influences, and it showcases his impassioned vocals and vivacious guitar playing. Listen to the album on all major streaming platforms. A limited-edition, double-sided vinyl is available for purchase. 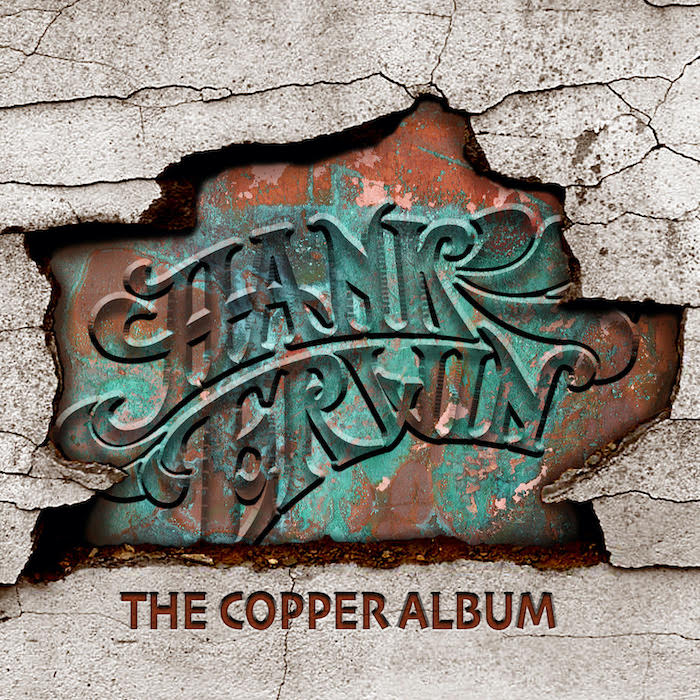 Since the 2014 release of his debut LP, Million Miles, alt-country songwriter Hank Erwin has toured the U.S. relentlessly. Taking a break from the road this summer, Erwin landed in Muscle Shoals, Alabama, where he teamed up with legendary sessions players Adam Nurre, Shona Tucker and Daniel Stoddard to record his second release, The Copper Album. Dropped Oct. 22, the album is available on streaming services. 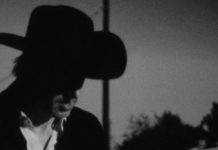 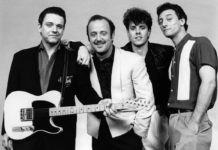 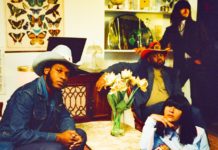