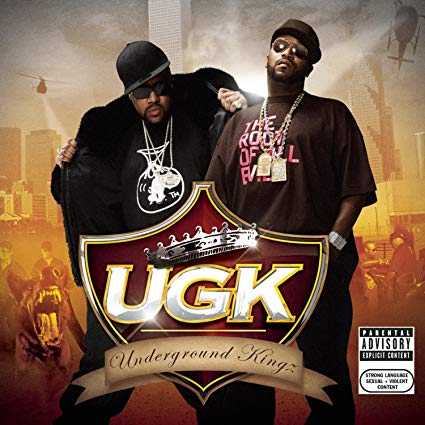 While Houston’s rap scene was blowing up in 2005, the group that did more than anyone to inspire it was relegated to the sidelines. Half of UGK, the Port Arthur rap duo that helped reinvent Southern hip-hop in the late ’90s, was behind bars. Chad Butler, better known as Pimp C, gave the Third Coast a new sound, a new voice and a new character with his funky, church-organ production and drawling, gangster-mack rhymes. He should have been at the center of the action as the scene he helped shepherd shot to the top. Instead, he found himself doing an eight-year TDCJ stretch for aggravated assault.

His rap partner in UGK, Bernard Freeman (a/k/a Bun B) did his best to keep Pimp C’s name alive in the streets. Guesting on countless tracks during Pimp’s incarceration, Bun B made “Free Pimp C” the words on every Southern rapper’s lips. When the Pimp was finally released in December 2005, the world was hotter than ever for new UGK music.

After half a decade away, UGK delivered a double-stuffed effort to herald their triumphant return. Underground Kingz was remarkable not just for its double-album size, but for the breadth of its contributors. Breaking from tradition, Pimp C turned over production on many tracks to a murderer’s row of outsiders like Li’l Jon, Swizz Beats, Jazzy Phae, N.O. Joe and others. Verses on the record included a who’s who of Dirty South talent, from Slim Thug and Z-Ro to Rick Ross, T.I., OutKast and plenty more. It was intended to be bigger than the celebration of UGK’s return: an acknowledgement that the Dirty South movement the group helped build was now the dominant force in hip-hop. Propelled along by hit single “International Players Anthem (I Choose You),” Underground Kingz debuted at No. 1 on the Billboard 200.

It was a sweet victory but short-lived: Pimp C died in a Los Angeles hotel room four months after the album’s release. Underground Kingz would be the Texas rap legend’s swan song. But the indelible, celebratory sound of the record — the joy of freedom, success and swag all rolled into one — took UGK to the very peak of the mountaintop for a fleeting moment before it all came to an end.