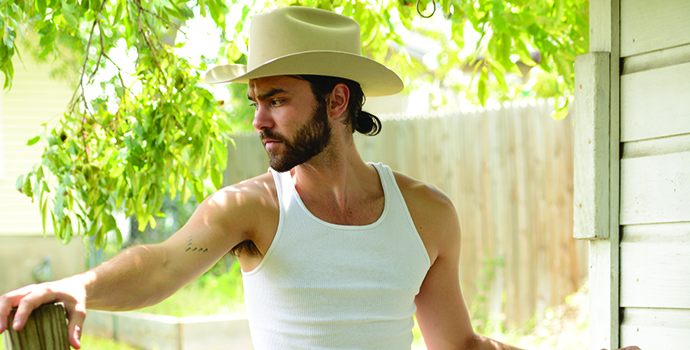 It’s 2009, and lurking somewhere between a vacant industrial graveyard and a strip club is a mysterious unmarked music venue called 2023. It’s the only open door in the 2000 block of Santa Fe Avenue in Los Angeles, and like a bizarre combination of Platform Nine and Three-Quarters and Andy Warhol’s Factory, it leads to a world more magical than the concrete jungle that surrounds it — a loft-gallery-speakeasy hybrid where fringe musicians live, philosophize and perform.

This is the place where Alejandro Rose-Garcia would be introduced to the guitar that would change his life — and all, it seems, by chance. The story begins with an enigmatic older man known simply as Jason 71. “I never really knew who he was,” Rose-Garcia confesses. “He made guitar pedals or something. He was a photographer who worked for some kind of super think-tank thing he couldn’t tell me about.”

When the two got to talking about music, Rose-Garcia suddenly found himself waxing eloquent, able to explain himself like never before. “I played my show, and afterwards, it almost felt like I’d beaten some kind of level or something,” he recalls, “and the guy was like ‘Congratulations, I have something for you…’”

That something was the “crazy, crazy priceless 1932 Gibson L-7 archtop guitar” that had belonged to Jason 71’s grandmother’s boyfriend, Jay Manley. As the story goes, Manley first took the guitar with him to WWII, where he earned a Medal of Valor for rescuing a group of soldiers from a burning bunker. He ultimately burned his own hand so badly that he had to re-break the cartilage in his fingers just to strum a few chords. “Jason told me this, and I was like, ‘What are you talking about?’” Rose-Garcia recalls. “And then he pulls out this guitar and hands it to me. I didn’t know how to process that.”

The guitar almost played itself, there was nothing I could do

It was getting hard to tell just who was playing who

The old man finally got up, said ‘Where in the hell you been?

The guitar proved to be cantankerous, but the pair soon developed a rapport. “It was super spooky,” Rose-Garcia says. “I’d pull it out and try to play it, and it would go right out of tune and do all this weird shit. But finally, one day I was like, ‘I’m going to play you: You, guitar. Me, Alejandro. We’re going to do this.’ I sat down, and right off the bat, it started playing ‘Roll the Bones,’ or the licks that later turned into that song. Just went right to it.”

It took him nearly two years to put lyrics to the ghost melodies. Torn between acting in L.A. and his home in Austin, he penned “Built to Roam” about feeling destined to wander his whole life, endlessly searching for something he could never find. “I’ve heard from a lot of people that that song has soothed them when they were going through something similar,” he explains. “That sense of somewhere between high school, college and the rest of your life, where you’re like, ‘What the fuck is going on? What am I doing? What is this?’”

But over the years, he’s learned to embrace this uncertainty. “If I knew what I was doing, why would I do any of it?” he wonders. “Sometimes you’re out looking for something, but when you look back on it, you realize the trip you were on was what actually changed your life. You were finding yourself the whole time.” 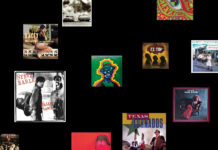 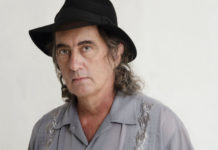 In Music, James McMurtry Is A Storyteller Like His Father, Larry McMurtry