Mickey Guyton came face to face with royalty at the Super Bowl Feb. 13.

The country singer met the Duke of Sussex after belting out the National Anthem prior to the big game at SoFi Stadium in Inglewood, California. 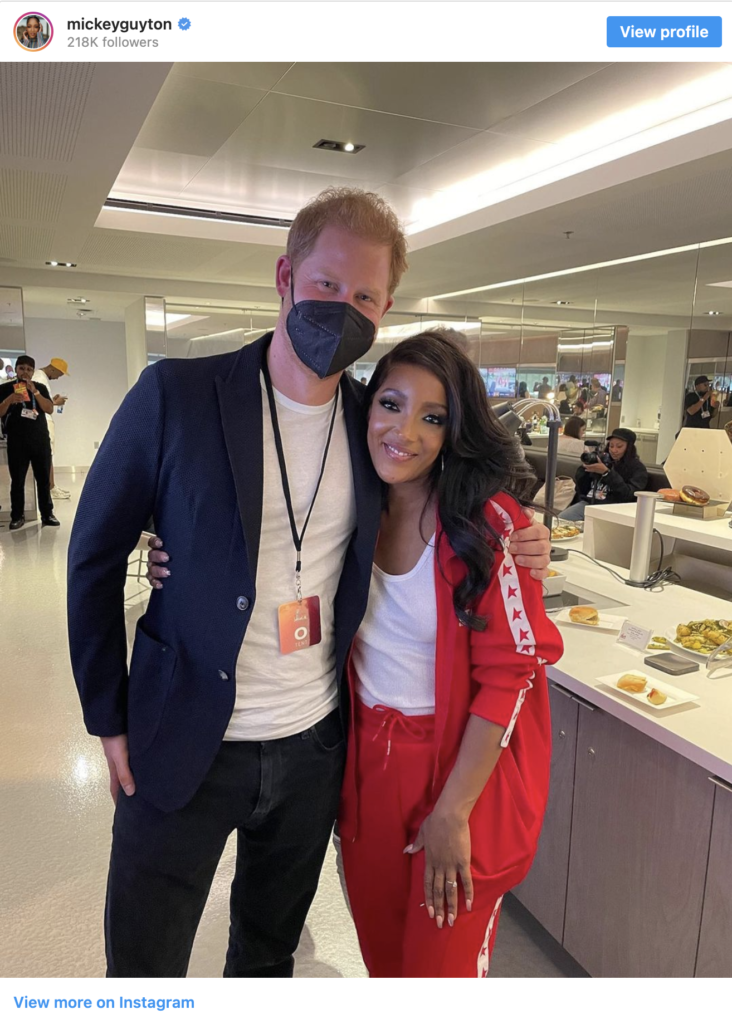 “I met Prince Harry. He was just lovely,” the “Black Like Me” singer wrote on Instagram, alongside a photo of herself with the royal, who was wearing a face mask. “I even curtsied in my track suit.”

“Okay THIS is a flex,” one commenter wrote. Another remarked: “Tracksuit curtsy is a sick alter ego name.”

The Duke of Sussex, who moved to California with his wife, Meghan Markle, in 2020, attended Sunday’s game with his cousin, Princess Eugenie. Neither of their spouses were at the game, where the Los Angeles Rams bested the Cincinnati Bengals to take home the trophy.

The game was a who’s who of L.A. stars, with Dwayne “The Rock” Johnson, Chris Tucker, Justin Bieber, Ellen DeGeneres, Martha Stewart and many more in the stands.