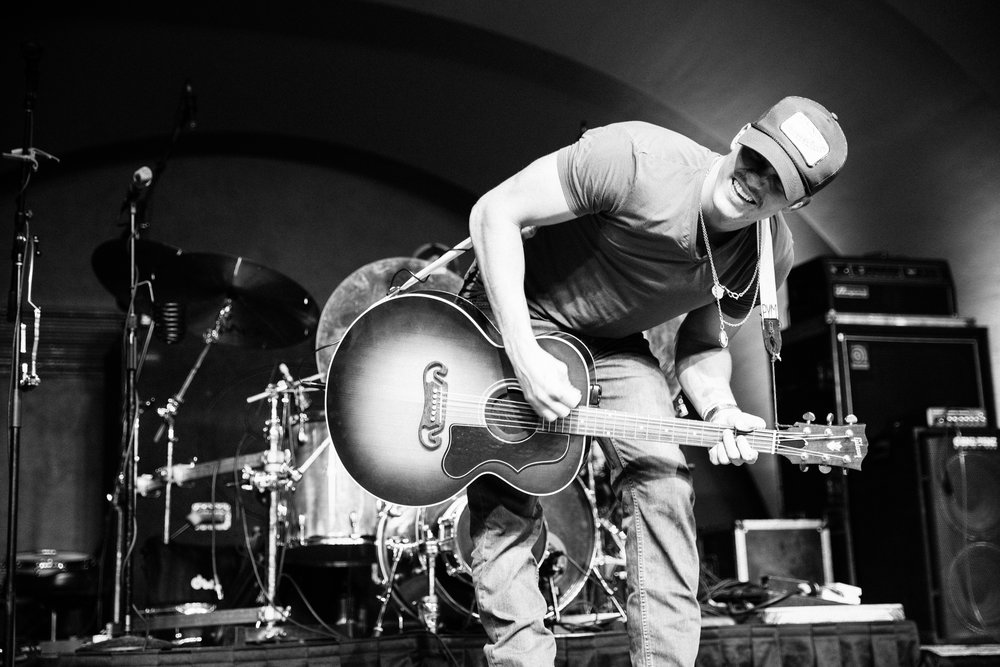 Who are your musical influences?

Early on, Townes Van Zandt, Todd Snider, Steve Earle and James McMurtry. When I first started songwriting, that’s all I wanted to listen to. I love George Strait and John Mayer for staying power and creative growth. Also Randy Rogers—he’s been a mentor and has influenced how I look at business and music to a large degree.

What is your favorite thing about live shows?

The energy the fans bring. I’m constantly trying to find ways to make our live show better, so I take cues from them night after night. I pay attention to what songs they sing along to, what makes them move, smile, holler or just dance. I work to meet them where they are and take them higher. I have the best job in the world.

What’s the best advice you’ve ever been given?

“Be great and be gone.” – Randy Rogers

What did you enjoy most about your experience at MusicFest earlier this year?

Leaving in one piece. I broke my collarbone the year before on the mountain, so to get through the festival this year with nothing broken was a big win!

If you could give one message to your fans, what would it be?

Thank you for being on this journey with us. Thanks for coming to shows that are hundreds of miles away from your hometown, and buying our music and offering all the love on socials. You’re why we do this.

How different was your life five years ago?

My life is different in every way. Five years ago I was writing Limestone Kid and on the road working on making every moment count. I was so focused on playing and writing. I’m still just as focused – probably even more so – but now I’m more dialed in on planning for the next five, 10, 15…

Who is the most memorable person you’ve shared a stage with?

Ryan Bingham. We didn’t get to play at the same time, but we were on the same bill.

If you didn’t become a musician, what would you be doing instead?

Selling cars or pouring concrete. That’s what my family does.

If you could collaborate with any other musician, who would it be and why?

There are a couple I think of immediately: George Strait because he’s the king. John Mayer because he’s someone who’s always growing creatively. I dig that. My goal has always been to evolve and step into a new version of myself with each record I make. It’s about challenging myself to dig deeper. As much as I do this for the fans, it’s also for me, and stepping up into the artist I know I can be.

What’s your favorite song you’ve written and why?

I have to say “Hell of a Year,” because it was the hardest song I’d written at the time. It’s also a song that everyone who hears it can somehow relate to.

Everyone on my team has an insatiable work ethic, so in a way every day everything’s new. Being signed to Universal has brought a whole new set of processes and team members who are wrapping around our goals and setting us up to win. On the road, the band and I are working on new set lists and transitions for our live shows—and the new songs… I can’t wait to share those!

If they made your life into a movie, who would you want to play you and why?

I think there would be a few people playing me at different ages. I’ve been at this for a while, and the progression would probably need to reflect that.

Fill in the blank: It’s not a party until …

What’s your favorite thing to do at MusicFest?

Getting to be in Steamboat Springs surrounded by music, friends and people coming out to have a great time. But I think we’re all looking forward to hearing new music and catching up with friends in other bands we rarely get to see. We’ll be out at the same time as the Randy Rogers Band, so getting to hang with them will be a blast.