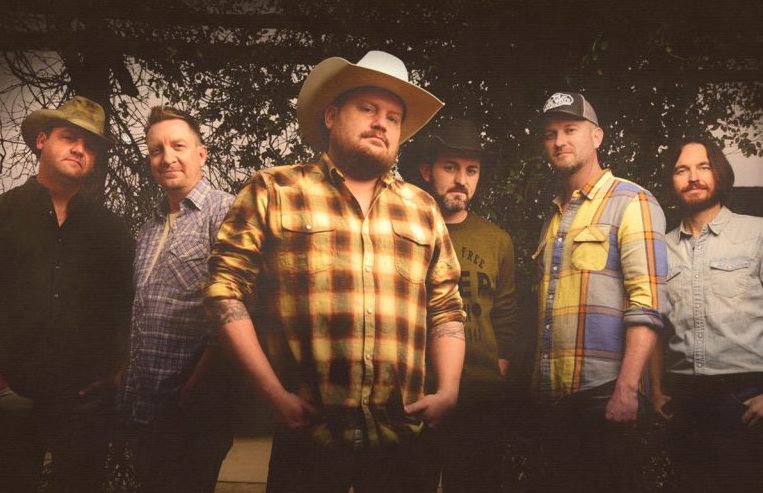 NEON LIGHTS GAVE Randy Rogers anxiety. The son of a preacher, Rogers remembers sitting in the backseat of the car in his youth as his parents explained that unsavory things happened in bars. “They’d say, ‘You don’t need to go there, son,’” Rogers recalls. “I used to get scared when we’d go out to eat and there were blinking signs.”

Today he’s in bars nearly every night, but Rogers says he grew out of that fear as soon as he went to college. Now he’s singing about those days: “Flashing neon signs / People all around / Mom said, ‘Don’t pay them no mind, they ain’t your kind of crowd.”

Hellbent borrows its title from Guy Clark’s “Hell Bent on a Heartache,” which appeared on Clark’s 2013 album My Favorite Picture of You. “I just love the song,” Rogers says, “and I had an idea we could turn up the tempo.”

Clark’s original track is a slowed-down ballad with delicate guitar fingerpicking and soaring string accompaniment. Rogers decided to transform “Hell Bent On a Heartache” into an anthem. An opening guitar lick on their version recalls Tom Petty, while Rogers’ commanding vocals immediately grab the listener. As a result, it’s a song that will fit well into their energetic live show. “There’s not a whole lot to that song other than the truth,” Rogers says, “and that usually makes for a really good song.”

The band credit’s Cobb for easing their nerves in the studio, while Cobb praises the band’s family atmosphere and for the fact that they’ve been together nearly 20 years.

“These guys stuck together through thick and thin, and that’s rare,” Cobb says. “Usually people get together for six months, they get a record deal, and eventually they disband. These guys are lifers and stay true to who they are. That’s the reason I wanted to work with them.”

And the Randy Rogers Band is showing no sign of slowing down. “I still believe I have something to say,” Rogers says. “You can make fun of me for writing songs about ‘goodbye’ or ‘lonely’ or saying those two words too often, but guess what? This is country music, and it ain’t changing.”