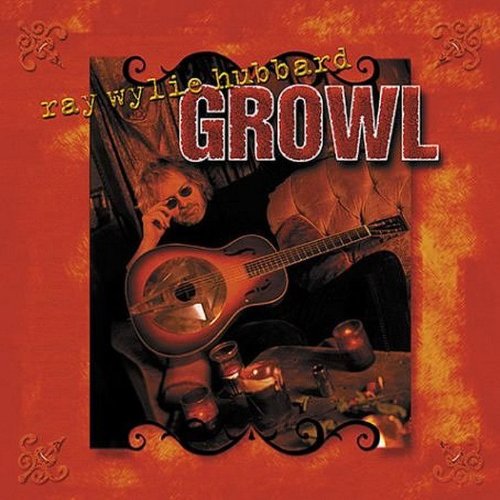 He’s been described as rock ’n’ roll’s last samurai, a songwriter with the devil at his tail, the good Lord in his heart and a pistol in his boot — and a wordsmith with the power of Sam Peckinpah. Ray Wylie Hubbard didn’t reach this exalted state easily. Back in the 1970s, he rode with the posse — alongside Willie Nelson, Waylon Jennings and Jerry Jeff Walker —  who created Outlaw Country, the tough-living Texan antidote to Nashville’s increasingly tame commercialism.

Hubbard wrote one of the era’s defining songs, the tongue-in-cheek parody “Up Against the Wall, Redneck Mother,” which gave Walker a hit and financed Hubbard on a 10-year bender until guitar hero Stevie Ray Vaughan convinced him to get sober. Vaughan’s intervention saved Hubbard’s life and encouraged him to work at his writing.

The diligence paid off, particularly on 2001’s Eternal and Lowdown and, most especially, on the follow-up, the Gurf Morlix-produced Growl in 2006, where Hubbard took his music deeper into the blues — to the coarse, growling rhythms of the Delta and rural Texas, and to the inspiration of the lyrical poetry of the blues of such icons as Lightnin’ Hopkins, Lead Belly and Robert Johnson. Hubbard’s songs, though, weren’t at all imitative. They reflected a distillation of his own experiences and observations and retained the literary quality, albeit more rawly expressed, of his best work. He was precoccupied with redemption, sin, temptation, loneliness and life after death. He growled, howled and cackled on songs mostly dark, tasty, bluesy and groove-driven. And he closed with a defiant — and riotous — anthem, “Screw You, We’re from Texas,” which resonated with Texans, ex-Texans and wannabes everywhere.

Since Growl, the Texas icon has released a half-dozen albums, authored a book, appeared on the Late Show with David Letterman and, in July, made his debut at the Grand Ole Opry, charming the crowd with his signature dry and wry humor. He’s also become a respected mentor to a collection of young songwriters, who’ve bestowed upon him a most fitting title: the Wylie Lama.