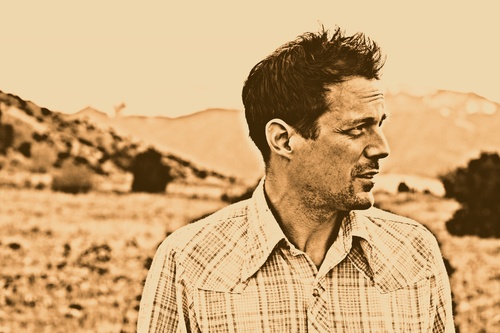 It’s more evocative than it reads: with Engel’s pleading rasp and the talented pickers around him giving it wings, it’s a handy metaphor for that leap of faith when someone rolls the dice on their artistic talents. Engel comes up sevens more often than not with an approach that’s humble by nature (dusty acoustic backing, no drums, Dylanesque vocal range) but given spark by a sly ladies-man persona that sneaks in around the edges on the gentlemanly “Champagne” as well as the caddish “Ruidoso Astronaut.”  The twangier it gets, the better it generally sounds — reminiscent of the hungover grace of those Keith Richards country bootlegs you might have heard — and producer Brian Standefer’s cello and Jeff Plankenhorn’s array of guitars make the best material soar. They don’t quite bail out a couple of lesser songs (occasionally a song’s length outlasts its intrigue) but, to Engel’s credit on this first-time effort, there’s always a better one just around the bend.