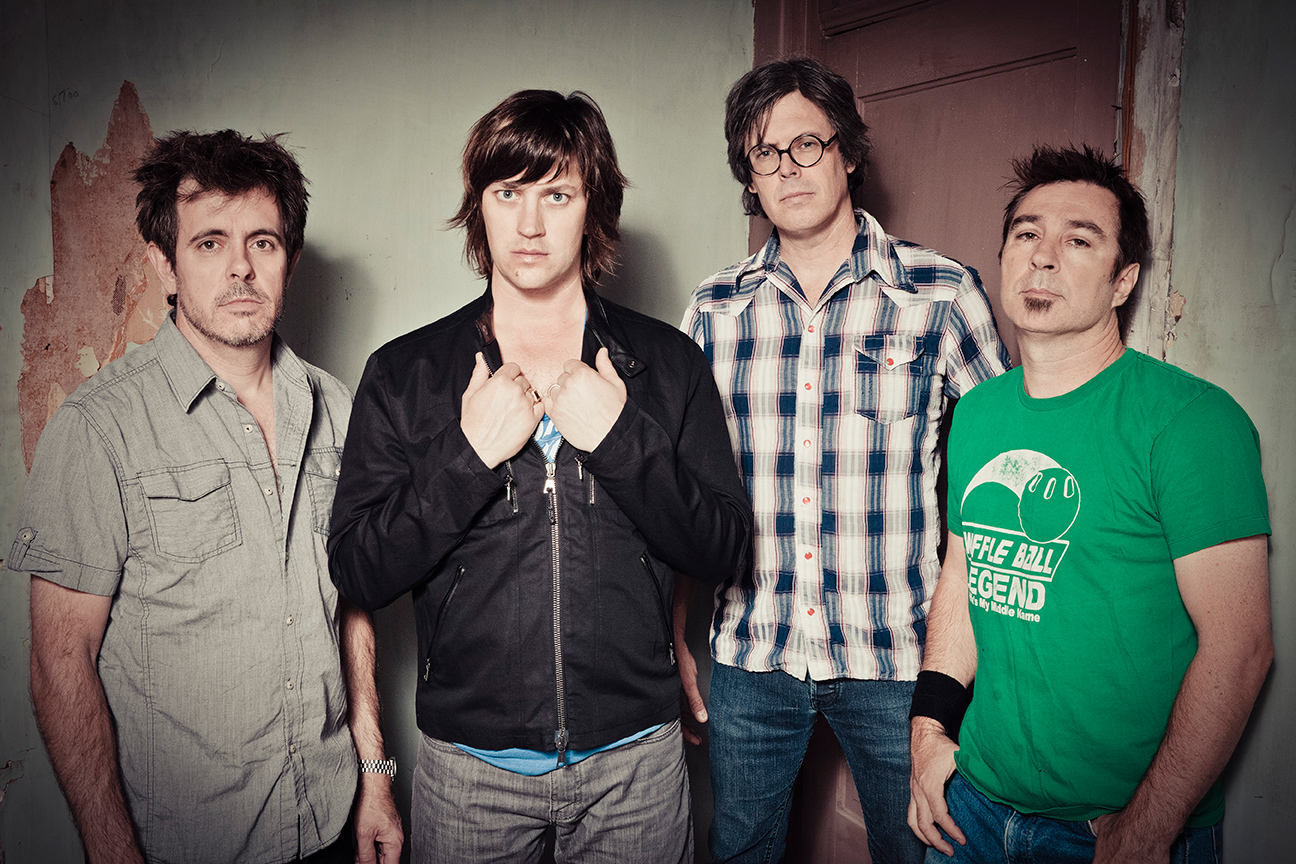 The Old 97’s have always pushed the alt-country label, often veering into rock and punk territory. But with their latest effort, The Grand Theatre Volume One, the Dallas foursome take things further than ever before. The songs were primarily written by lead singer Rhett Miller during a trip to Europe last year, and Brit-rock influence is abundant. The title song conjures the energy of the Clash circa London Calling with driving guitar licks and pounding percussion. “Please Hold On While the Train is Moving” chugs along until a surprise middle section that reminds of the Beatles’ “Revolution.” “The Dance Class,” whose main character is a stalker who never leaves his house, is a psychedelic romp with Miller’s warbling vocals making him seem just a bit unstable.

Miller experiments again with vocals on the smoldering, liquor-drenched lament “Let the Whiskey Take the Reins” (“It’s so easy to be a man in pain/turn off your heart and let the whiskey take the reins”). Bassist Murry Hammond takes the lead on two songs, most notably “You Smoke Too Much,” opening with slightly off keyboards, setting up a somewhat different vocal styling than his usual twangy delivery. While some of these tunes sound like nothing the 97’s have done before, they haven’t completely abandoned the tried and true. “A State of Texas” calls out Lone Star locales, and is sure to be a crowd favorite at live performances. And if “Champaign, Illinois” sounds familiar, that’s because Miller got permission to use the melody from Bob Dylan’s “Desolation Row,” sharing credit with Mr. Tambourine Man himself. The 97’s recorded the tracks at Texas Treefort Studio in Austin, a virtual museum of recording gear, to achieve the vintage feel orchestrated by Dallas producer Salim Nourallah (Blame It On Gravity and the most recent Rhett Miller solo CD). A band with this kind of tenure and maturity can deliver the trademark licks, but still take some calculated risks, both challenging and delighting longtime fans. These tunes are going to be fun to hear live, and might just turn the heads of some new listeners. Now, when can we hear Volume Two?