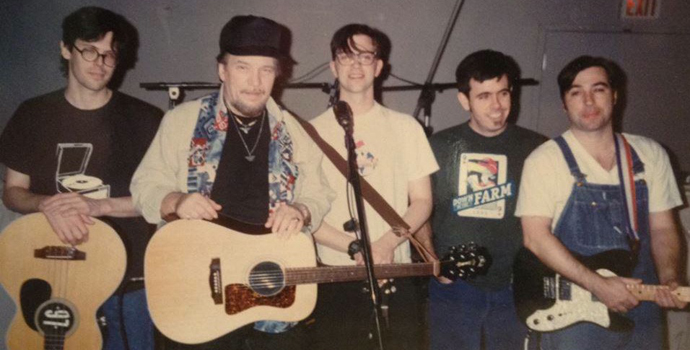 A curiosity for fans of Ole Hoss and the younger upstarts, but a worthwhile one. The two finished studio tracks (produced by John Croslin) find Waylon sounding as natural with the band and its material as if they’d been playing together for years, though the hopped-up backing provides an electric prod to any veteran complacency. With its intimations of mortality, the opening “Iron Road” even sounds like it was written by Jennings, or maybe for him. Because we no longer live in the age of singles (the format that would have suited this release just fine), the set fleshes itself into an EP with four demos from 1996, a pair that are almost arranged for recording, followed by two that are just frontman Rhett Miller and guitar, informal and intimate. The last, “Born on a Train,” is from the songbook of the Magnetic Fields’ Stephin Merritt (whose “Papa Was a Rodeo” also showed some neo-country resonance), bringing the song cycle full circle. The released CD will likely find its market limited to completists, but the individual highlights are well worth hearing. —  DON MCLEESE