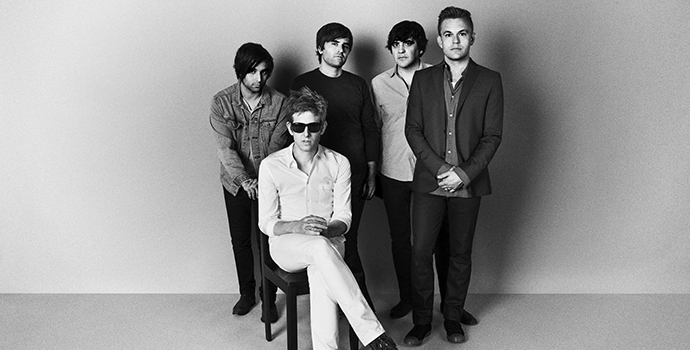 It’s been a long wait since 2010’s Transference, but the little band from Austin is still in business. As always, there are some new wrinkles: indie producer Dave Fridmann (The Flaming Lips, Weezer, Sleater-Kinney) is brought in for four tracks, and Joe Chiccarelli (Counting Crows, My Morning Jacket, Jason Mraz) produces five, but the group gets co-producer credits on each (and sole credit on the only cover, a 1961 hit covered by Ann-Margret that here is perfectly indistinguishable from a Spoon song), and whatever differences exist between the two producers are overshadowed by Spoon’s signature sound, a sinewy attack that foregoes look-at-me showiness in favor of minimalist avant jabs. But all would be frippery without good songs, and if the band’s batting average on Soul doesn’t quite match that on Gimme Fiction or Ga Ga Ga Ga Ga, it’s in the ballpark. Standouts include “Rent I Pay,” “Rainy Taxi” and the title track, each a sleek, no-wasted-motions jolt of electricity. The radio staple is destined to be “Do You,” an irresistible pop confection shot through with dark colors. Dependability isn’t one of the more celebrated qualities for a rock ’n’ roll band, but maybe it should be.  — MADISON SEARLE