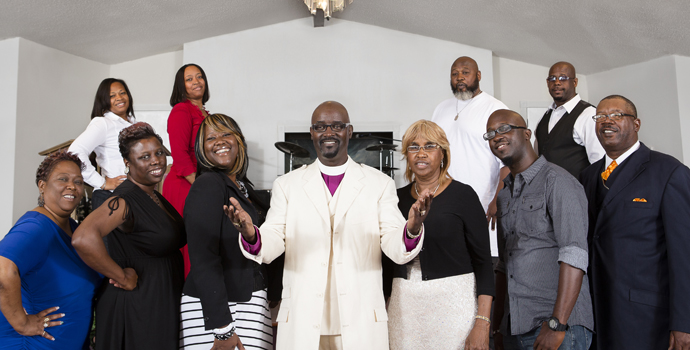 So praise the Lord and the Jones Family Singers for the inspiration that permeates this music and the faith that breathes life into every note. But let’s also reserve some credit for co-producers John Croslin and Eric Friend, indie-rock Reivers alumni whose studio command and song savvy let them recognize that what can seem incendiary in worship can become numbingly repetitive without the enraptured congregation responding to the call. The opening “Down on Me” delivers everything an up-tempo gospel knockout should, as if landing the killer punch in the first round. From there, the music offers a whole lot more — variety, depth, soul, sophistication, selection and sequencing that illuminate the full range of their artistry, crisp arrangements that don’t sacrifice any vitality for the sake of polish. It’s an album that affirms faith and testifies to it throughout yet doesn’t require it for the listener to succumb to this music’s extraordinary power. And for that, let’s also save some praise for Michael Corcoran, whose liner notes tell the JFS story and put the music in context, and who has served as a catalyst for this family group to extend its reach beyond the faithful. For a heathen rock scribe to become a one-man gospel crusade — the Lord truly works in mysterious ways.