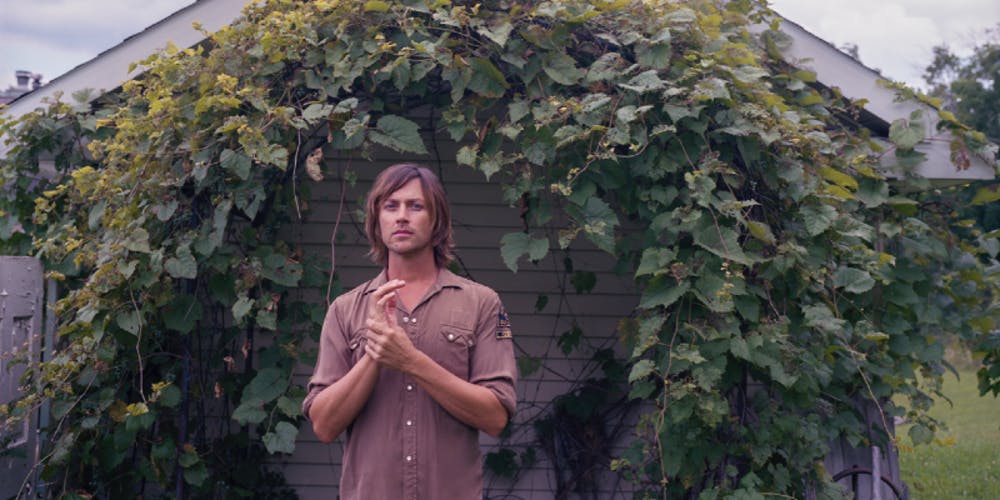 AFTER LOGGING a quarter century as the frontman for alt-country heroes the Old 97’s and releasing six full-length albums in his solo career, Rhett Miller has written hundreds of songs. But for the band’s last album, he gave himself a peculiar challenge: write Christmas songs that will stand up to the classics.

“There are so few Christmas songs in rotation, and I know the Christmas songs I’ve contributed aren’t going to immediately get injected into it,” says Miller, noting that the idea was reinforced as his kids played “Last Christmas” by Wham! repeatedly as his family was putting up their Christmas tree.

The album, 2018’s Love the Holidays, provided a counterpoint to Miller’s solo record, The Messenger, which came out a week before the Christmas album — from the bright, tongue-in-cheek family pose on the Old 97’s album cover to the simple black-and-white portrait on Miller’s solo record.

Contemplative and introspective, the record has dark currents, chronicling the passing of time, the forward march of technology and the inevitability of death. “Even the stuff that maybe is, on its face, dark,” Miller says, “really winds up being, I don’t know, kind of a positive outlook on bleakness.”

Miller doesn’t have a whole lot of time these days to ponder the human condition. He’s revved up his new podcast, Wheels Off, with back-to-back episodes featuring singer-songwriter Rosanne Cash and actor-comedian-punk-rock-drummer Fred Armisen, proving himself as strong an interviewer and storyteller as he is a singer-songwriter.

And he’s joined the ranks of picture-book writer. No More Poems! A Book In Verse That Just Gets Worse, released in April, is a compendium of wry kid-friendly verses on everything from sibling strife to the irresistible lure of screens.

The book’s roots stretch back several years, to the bedtime routines for his now-teenagers. “I’d pull out Shel Silverstein, Roald Dahl and Edward Gorey,” Miller explains. “There was something so interactive and immersive about it. I watched them fall in love with the humor and the intelligence in them”