As part of her week-long residency on The Late Show with Stephen Colbert beginning July 25, St. Vincent joined in-house band Stay Human for a cover of Fleetwood Mac’s classic “Dreams.”

With help from Stay Human, St. Vincent turned the track into a grooving, upbeat delight complete with a horn section as she sang, “Oh, thunder always happens when it’s raining / Players only love you when they’re playin’ / Say, women, they will come and they will go/ When the rain washes you clean, you’ll know/ You’ll know.”

Elsewhere during the residency, Colbert publicly lobbied the Dallas Cowboys to let St. Vincent sing the national anthem at a home game. “Cowboys, you’re passing up an enormous opportunity here,” he said when the Dallas native informed him she’d never gotten the chance to perform at AT&T Stadium before kickoff.

The singer’s residency on The Late Show is meant to be the first of many, with James Taylor and Joe Walsh of the Eagles slated for their own five-day stints in the coming weeks.

Olivia Newton-John may be gone, but she lives on in song.

At their concert Aug. 13 at the Gorge Amphitheater in Grant County, Washington, the Chicks paid tribute to Newton-John, who died Aug. 8 at age 73.

The country music trio then launched into a version of Newton-John’s “Hopelessly Devoted to You,” written specifically for her for the film adaptation of the musical Grease. The song was nominated for Best Original Song at the Oscars but lost out to “Last Dance” from the film Thank God It’s Friday, immortalized by the late Donna Summer.

The Chicks are among a number of stars who’ve paid tribute to Newton-John, who lost her long battle with cancer. Mariah Carey recalled singing her heart out with Newton-John to “Hopelessly Devoted to You” on stage in Australia. And her Grease-co-star John Travolta wrote, “We will see you down the road, and we will all be together again. Yours from the moment I saw you and forever! Your Danny, your John!”

One of the biggest annual country music events is coming back to North Texas.

The announcement comes just months after Prime Video streamed the 2022 Awards from the Allegiant Center in Las Vegas, earning the show an Emmy nomination. It was the first time the ACM Awards forewent a traditional network broadcast.

“The Academy is proud to once again deliver the ACM Awards live to a global audience,” said ACM CEO Damon Whiteside. “The 2022 show was a defining moment for the ACM and a huge step forward for country music, allowing audiences around the world to see their favorite artists perform live and be recognized for their excellence.”

The ACM Awards has been held in a number of different venues over its decades-long history. In 2015, for the 50th anniversary of the awards, the ceremony was broadcast from Arlington’s AT&T Stadium, bringing in more than 70,000 spectators. The event earned a Guinness World Record for the most attendance at an awards show.

It’s no secret Parker McCollum has enjoyed an increase in popularity over the past couple of years. From playing in front of a few people at bars to growing a rabid fan base in Texas to becoming a hit in mainstream country after signing with Universal Music Group, it’s been an impressive journey since his 2015 debut The Limestone Kid.

No doubt he’s had an impact on some wide-eyed kid dreamers who have ambitions to play on the big stage one day. Take this kid for instance — Reid McNealy. He wrote a heartwarming letter to McCollum — posted on McColllum’s Instagram — about how much of an inspiration he is to him. To wit:

It’s Reid from Fort Worth! I know, I can’t believe I’m in [New Mexico] either! Congrats on ‘Handle on You!’ It’s really great, and they’ve been playing it on 95.9!

I got to meet Randy Rogers at Billy Bob’s a few weeks ago.

I told RR I am your biggest fan! Everyone on the bus thought that was cool!

Keep going! Texas is proud of you!

McCollum has had quite the 2022 already, winning Best New Artist at the ACM Awards, releasing his latest single, “Handle on You,” and announcing his Austin City Limits debut with Robert Earl Keen, set for Oct. 29.

Now, we’ll just have to wait on that new album he has in the works. 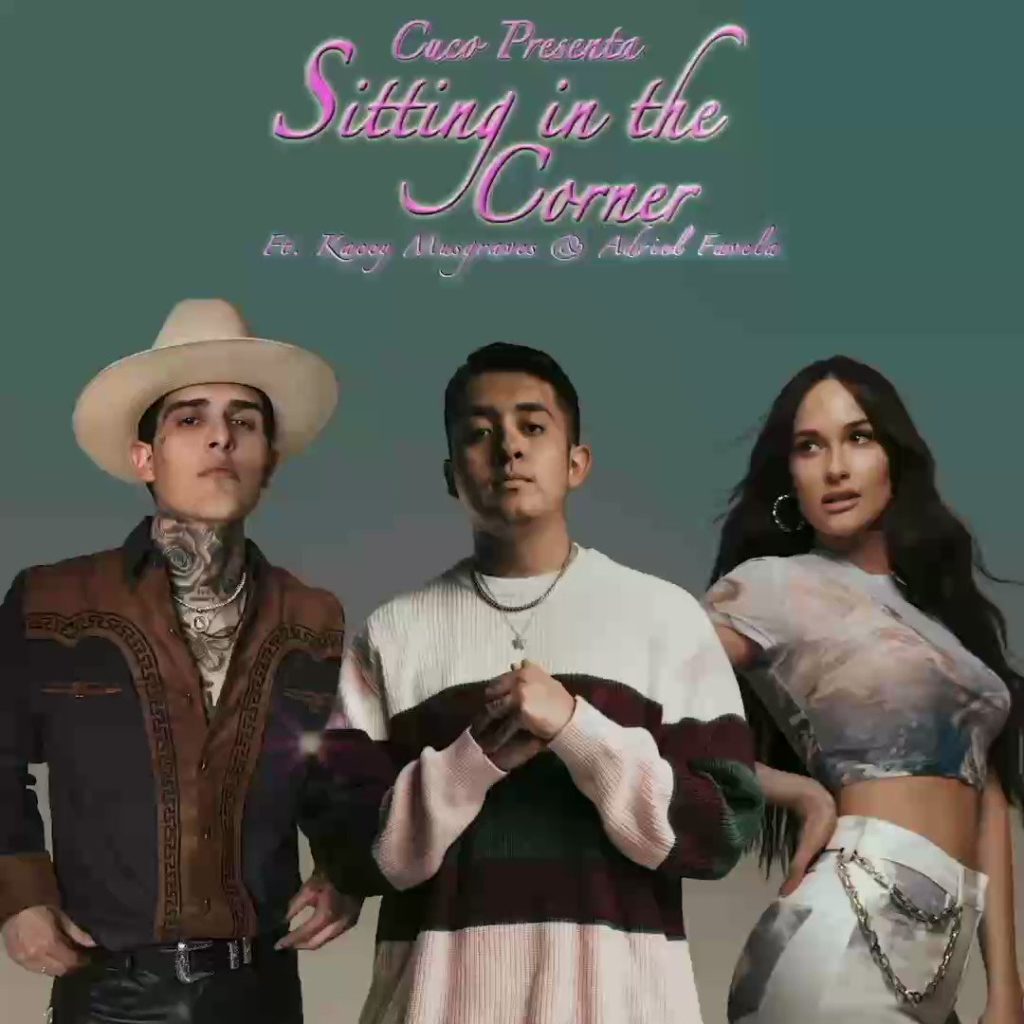 Musgraves teamed up with fellow singer-songwriters Cuco and Adriel Favela to debut “Sitting in the Corner,” a song on Cuco’s second studio album that Musgraves describes, in an Instagram post, as “a highly flammable TEXMEX bop.” Switching between English and Spanish, the three artists sing:

“Now I’m sitting in the corner where you’d lay down on your pillow, and you’d see me / We would dance and we would sing on New Year’s Eve, the flashing lights decorate the ceiling / Can’t ignore and can’t avoid that it was there we had it all it was the feeling / I try to grab on to the clock, I can’t accept that time is passing and it’s fleeing.”

The song is one of 12 tracks — and one of three collaborations — on Cuco’s new album, Fantasy Gateway. Cuco gushed in the comments of Musgraves’ Instagram post: “You’re amazing, forever grateful for you!!”

Not many Texas artists can say they’ve been covered by the New Yorker. But Fort Worth’s Leon Bridges, a former Texas Music cover subject, is featured by the oft-cited culture rag in the “Night Life” department in its forthcoming Aug. 22 edition.

“The Texas singer Leon Bridges,” the magazine notes, “emerged in 2015 as a convincing throwback, with everything from the shoes on his feet to the croon on his lips paying homage to a faded era of classic soul. In his more recent work, including last year’s down-tempo LP, Gold-Diggers Sound, the singer effectively reset his time machine to the present, covering a breadth of soul music in the process.”

The magazine’s motivation for covering Bridges? He’s headlining Aug. 18 at Forest Hills Stadium in Queens, with an opening set from the Swedish electro-pop band Little Dragon.

Jonathan Terrell, a Longview native fond of using phrases like “Let me throw some bacon in the pan” when he’s making a point, will make you appreciate all that’s still great about the Lone Star State with his new song and video, “Texas.”

Shot at the Austin-area ranch of Midland’s Jess Carson, who adds acoustic guitar and co-wrote the song with Terrell, the video is a love letter to Texas on par with Willie Nelson’s own sublime reading of Alex Harvey’s “No Place But Texas.”

Terrell, who kicked up a fuss at this spring’s Luck Reunion at Nelson’s ranch, croons about the state’s wide-open spaces, its gorgeous springtime bluebonnets and the ubiquitous sounds of a steel guitar, played on “Texas” by Simon Page.

He does all of the Texas things in the video too: strumming his guitar on a horse, galloping across the Hill Country and … introducing an alien to a spaceman. (Just watch it.) “Well, you can be from Japan or some far away star,” he sings, “but we’ll take you just the way you are.”

“Texas” is Terrell’s latest cut off his upcoming EP, A Couple, 2, 3…, due Sept. 9 and produced by Beau Bedford.

With just a few stops left on his farewell tour, Robert Earl Keen had his name added to the South Texas Music Walk of Fame in Corpus Christi Aug. 4. Along with the recognition, the Executive Surf Club, a downtown venue, will rename its soon-to-be-renovated stage the Robert Earl Keen Singer-Songwriter Stage, honoring his decades of performances in the city.

The South Texas Music Walk of Fame was established in 2004 to honor musical artists who represent a diverse range of genres, including Tejano, rock ’n’ roll, country and jazz. Among those musicians recognized on the Walk are Selena, Freddy Fender, Kris Kristofferson and Freddie Martinez Sr. The stars etched on the Walk are handmade by artists at Aloe Tile Works, a local ceramic arts company.

Throughout his 41-year career, Keen has played multiple venues in Corpus Christi, including the Executive Surf Club, Brewster Street, the Concrete Street Amphitheater and the American Bank Center.

Now 66, the Houston native first visited the Executive Surf Club in the early 1990s and returned multiple times before finally moving to Corpus Christi with his brother to work on oil rigs. While living in the city, he wrote “Corpus Christi Bay,” now a staple at local bars.

Miranda Lambert’s new single, “Strange,” is an ode to the pandemic, an out-of-balance period in American life that threw the population into uncertainty, battling a creepy virus that — particularly in its infancy — was novel and dangerous. Lest we forget how odd it was, Lambert and her co-writers, Luke Dick and Natalie Hemby, wrote “Strange” at Lambert’s Tennessee farm in 2020, when vaccines were a distant dream and society was at a near-standstill.

The song’s meaning didn’t truly unfold until the trio reached the chorus, taking a brighter tone as it considered partying and travel, the kinds of activities generally discouraged during 2020 self-isolation.

“We wanted the chorus to lift and sort of be an anthem,” Lambert says. “Just like, ‘Have fun, get a drink, get out of here, go on vacation’ — whatever you have to do to stay sane through all this weirdness. I wanted it to unite people. The pandemic definitely was the strangest thing we’ve all been through, but that’s just a piece of it.”

The trio met up for three different multi-day sessions to write the bulk of Lambert’s Palomino album, with each of them housed in their own cabin on the property. When it came time for Lambert to do final vocals for the album, she had someone else chauffeur her to the studio every day to be emotionally prepared for the songs she was to deliver. “Driving makes me focus on driving,” she says. “I would have to be dropped off so I could start getting in a mindset of, ‘Today, I sing “Strange.” Let’s go to the house of mirrors in your mind.” 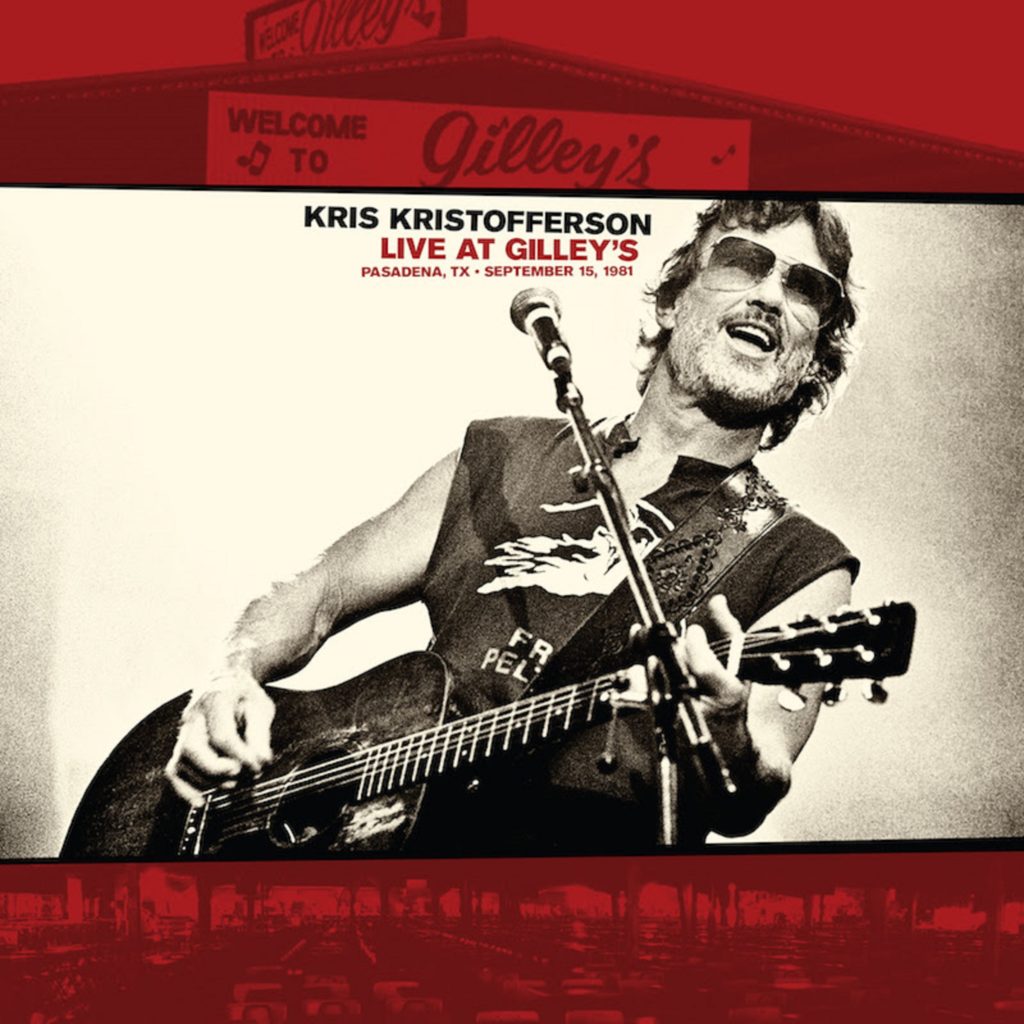 “Gilley’s could hold several thousand people, but the club was very intimate,” Gilley explains in the liner notes, written just months before his passing. “You could bend down and shake hands with people.” He adds, “Right next to the club was the recording studio, and we recorded everything that was done onstage. We could record onto the 24-track machine that we had in the studio, then we would do the mixing. We booked a lot of shows around that time, including some people I didn’t think would want to play the club. Kris Kristofferson was one of those artists that I didn’t think would want to play Gilley’s, because he was such a big name and a tremendous talent.”

One highlight of the recording: As Kristofferson rolls through “Me and Bobby McGee,” the energy in the room is palpable, with waves of screams from the exhilarated crowd audible throughout the rollicking performance. Although the song has taken on a life of its own over the decades, Kristofferson’s fiery performance from the Gilley’s stage showcases his electrifying and unequivocal level of artistry. 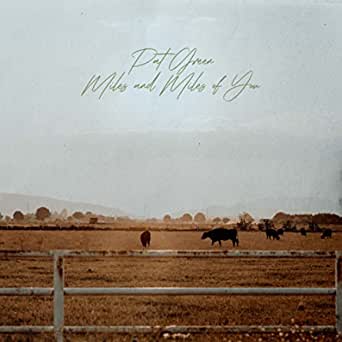 Pat Green has announced the official release date of his new album — his first in seven years — titled Miles and Miles Of You, slated to drop Aug. 26.

“I’m so excited to finally have my new project into the people’s hands,” Green noted in a press release. “I only put out a record when the time is right, and after COVID I really felt like this was the time.”

Green added: “So much life happened in that year off the road, and that’s what we captured on this project — the ups, the downs, the sideways and all the laughs that we could muster.”

Judging by the singles he’s already released — “If It Don’t Have a Honky Tonk,” the title track, “All In This Together,” “Build You a Bar” and “Steady” — fans are likely to forgive Green for the lapse between releases.