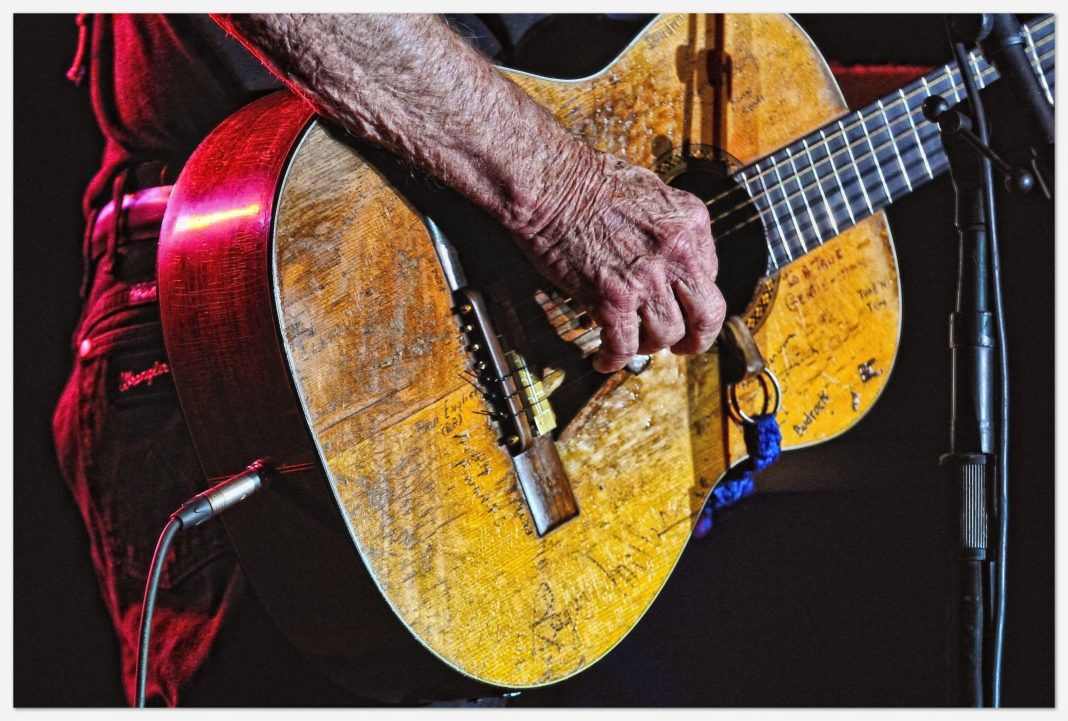 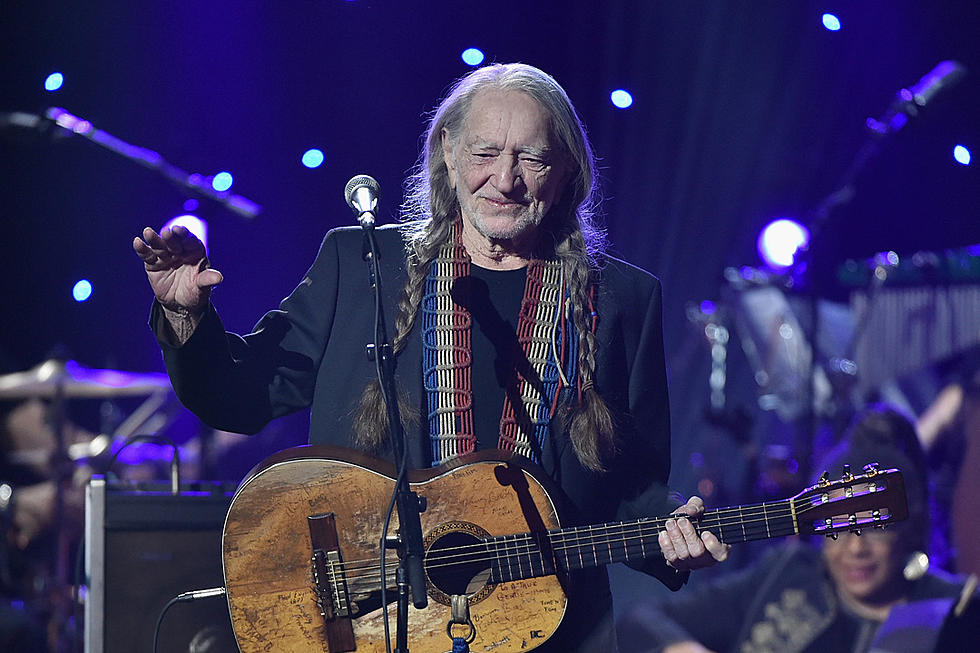 When fans think of Willie Nelson, one of the first things that comes to mind after his long list of hits is likely his equally long hair. While the 88-year-old country legend kicked off his career in the 1950s with a short-cropped do, by 1975, with the release of Red Headed Stranger, he launched a shaggy look that became his signature.

But as he revealed during a recent appearance on the Today show, he wouldn’t hesitate to part ways with his braids if it meant he could keep a possession for which he has a much bigger sentimental attachment.

“If you had to get a haircut or a new guitar,” asked Today host Jenna Bush Hager, “what would you choose?” Without hesitation, Nelson responded, “I’d cut the hair off — it’ll grow back.”

After all, there’s no replacing Trigger. That’s the name, of course, Nelson gave the Martin N-20 classical acoustic guitar that came into his life back in 1969 — a now well-worn instrument covered in faded signatures and water stains and even boasting a sizable gouge next to the bridge. And when Nelson performs, it’s never far from his side.

As for the hair, if he ever had to make such a choice, it wouldn’t be the first time he chopped it off. Back in 2010, he shocked fans when he debuted a bob that didn’t even make it down to his shoulders. But it wasn’t long before he was back in braids again. 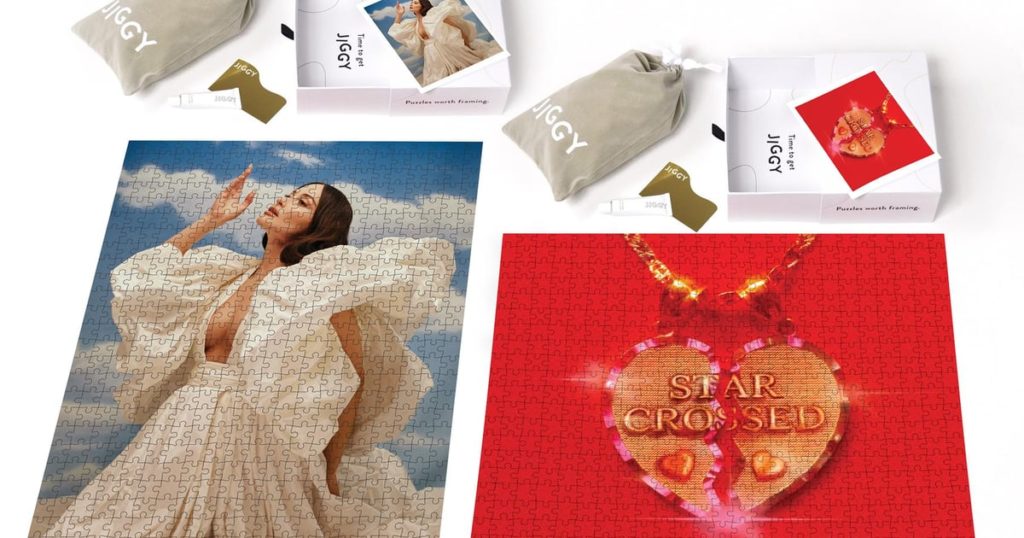 Kacey Musgraves fans are in for a treat with the singer’s brand new collaboration with Jiggy Puzzles, which immortalizes the country pop star in jigsaw form. The release features two designs inspired by Musgraves’ “Star Crossed”: one builds up to an image of the red and gold album artwork, while the other features an angelic image from one of the album’s photoshoots.

Each 500-piece set also comes with a reusable drawstring bag and puzzle glue to preserve your masterpiece.

Not to be outdone, Lizzo has joined in the fun as well, contributing a 1,000-piece puzzle entitled “Blame it on the Juice,” available on alwaysfits.com. Complete with fierce sunnies, champagne, flowers and a provocative peach, her vibrant puzzle couldn’t be more Lizzo, who appears in three different outfits and poses along the 27-inch board. The colorful jigsaw is illustrated by Australian artist and accessories designer Georgia Perry. 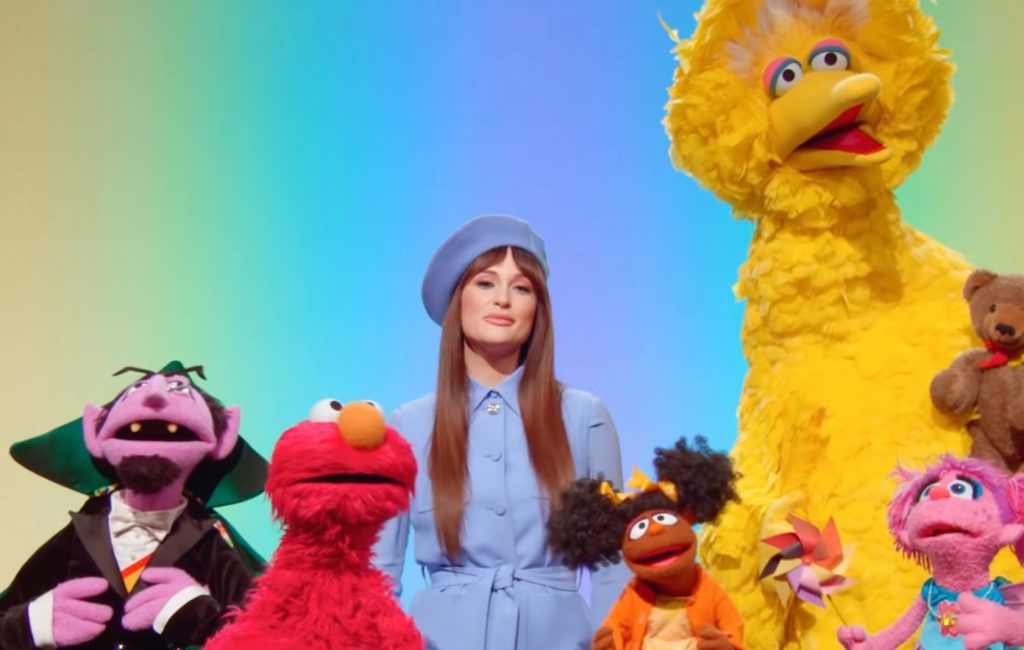 Musgraves, meanwhile, made her return to Sesame Street this week, joining Elmo, Big Bird, the Count and more for a bubbly tune about her favorite colors (or lack thereof).

The singer had previously guested on the pilot episode of Elmo’s HBO Max spin-off The Not-Too-Late Show, where she performed the original song “Rubber Duckie.”

For her new appearance on the children’s show — which streamed Dec. 2 on HBO Max and will air on PBS Kids next fall — Musgraves led an ensemble cast of Muppets through a song about why she loves the colors red, yellow, green, black and brown.

Before she can make her way through the whole spectrum, though, Abby Cadabby reminds her that she doesn’t need a favorite, and can “love them all the same.” 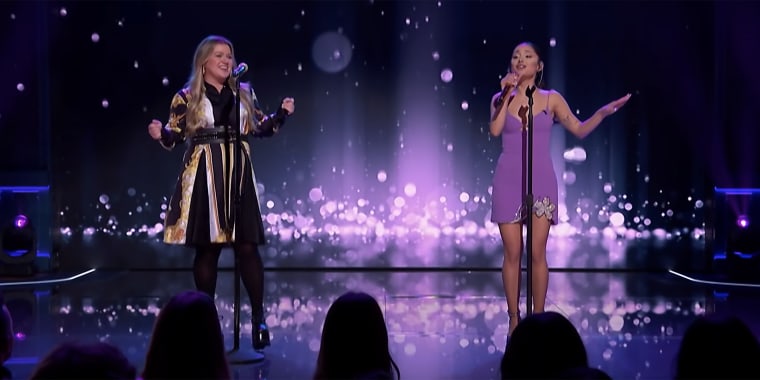 Folks recently got a sneak peek of late-night host Jimmy Fallon’s upcoming music and comedy variety game show That’s My Jam, officially premiering Jan. 3. For the first episode of the new NBC series, coaches from The Voice were divided up into two teams — Kelly Clarkson/John Legend versus Blake Shelton/Ariana Grande — to duke it out on stage using their formidable vocal skills.

Before a winning team was named, though, the final round had Clarkson and Grande go up against each other in a Mixtape Medley Showdown that was all about pop divas. The two vocalists took turns going back and forth singing hit songs from Britney Spears, Cher and Céline Dion, among others. It seemed like a draw until Clarkson began belting out Whitney Houston’s “I Will Always Love You.”

Although Grande had also sung one of the late artist’s tunes, “How Will I Know,” she immediately stopped dead in her tracks when she heard Clarkson. After appearing like she didn’t know what to do with herself, Ariana threw up her hands and began walking off the stage, seemingly in shock.

In the end, Clarkson and Legend were named the winners of the showdown. That said, folks watching the moment on YouTube thought both women were impressive. “We knew they were amazing before,” one commenter wrote of Clarkson and Grande, “but THIS is just breathtaking.”

Three Questions for the Black Pumas

Over the past four years, the Black Pumas have received four Grammy nominations, including Best New Artist, Record of the Year and Album of the Year. And if those credentials aren’t enough to impress the most rigid of critics, a quick search of the band is filled with descriptive praise from platforms like Rolling Stone and Billboard, in addition to videos of live performances for Jimmy Fallon, Stephen Colbert, Jimmy Kimmel and Ellen DeGeneres.

And yet, even as the band collects 200 million streams and their music continues to appear in commercials and hit shows, such as the intro for HBO’s Big Little Lies, Eric Burton and Adrian Quesada (lead vocals and lead guitar for Black Pumas) remain as genuine as their music.

Your music has been described as psychedelic soul, retro soul and different sounds, but how do you guys describe your music to those who haven’t heard you or can’t apply a label to your unique sound? Adrian: We’re not great at it. I know psychedelic came up early on, and we obviously reference and study the soul greats, but the most important thing to us is that the music feels honest and sincere and not a facsimile of a particular era or sound. Obviously, we studied music and continue to be students to this day. We’re forever on that path.

Your “Celebrating America” performance during Joe Biden’s inauguration seemed to transcend politics during a time of healing. You played before and after names like Springsteen, Bon Jovi, Katy Perry and John Legend, but has that moment sunk in? Eric: First and foremost, we’re artists and human beings with families who are in the role of leadership in our own households and communities. When you get called to grace the stage of our political infrastructure in the U.S., our home, it’s an honor just to be there. And I think we both know America was in a place that was teeming for change — it feels like an interesting time to be alive. The fact we got to do that … we’ll be forever honored.

You’re much more than a cover song, of course, but your cover of Tracy Chapman’s “Fast Car” is referenced frequently. Why that song? Eric: It’s a reflection of where I was energetically and emotionally, wanting to go somewhere and be somewhere, while also experiencing just the pain and the struggle of not having everything set up. Earlier on we’d do hometown festivals, and that was a song I’d bring to the table, because we didn’t have such a full set list. And because Adrian liked the song quite a bit, we decided to record it and put it on the [Black Pumas Deluxe Edition] album. It’s also quite special that Tracy Chapman would give us a licensing agreement, and I heard she’d only done that for a couple of artists, including ourselves. 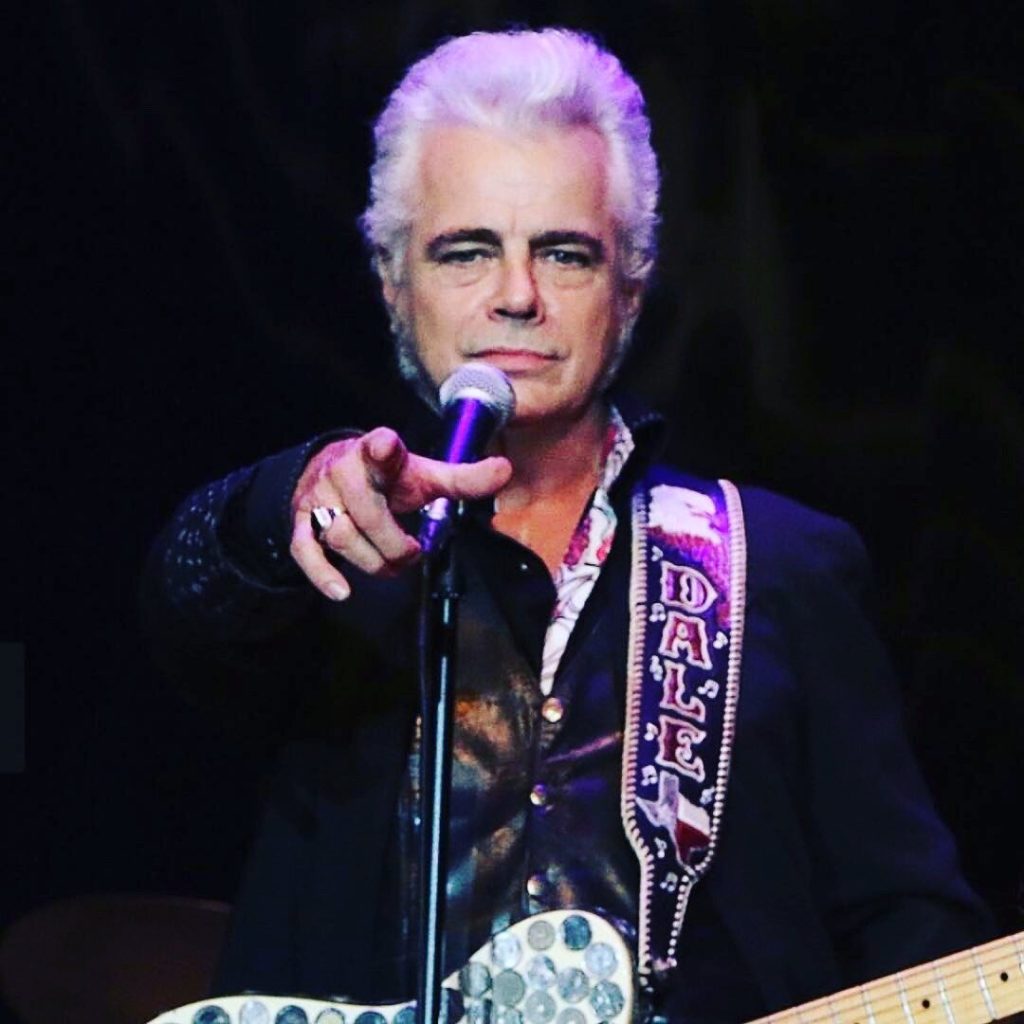 Rebel with a (Natural) Cause

Dale Watson announced Dec. 2 via Facebook that he wouldn’t be performing on the upcoming Outlaw Cruise — which runs out of Miami from Feb. 25 to March 3 and features the likes of Shinyribs, Asleep at the Wheel and Jesse Dayton — because of his unwillingness to receive a COVID-19 vaccine.

“I’m a man who has complete natural immunity (and better, according to most real studies),” Watson noted. “But that’s never considered, because there’s no money to be made in natural immunity. I’ll take a test before every gig to ensure everyone’s peace of mind.”

Watson returned to touring this fall, including performances at Texas venues and dance halls. He’s booked to play in Austin Dec. 11 at the Broken Spoke, and, on Dec. 25, he’ll be at the Continental Club for Dale Watson’s Annual Christmas Show.

The singer, who’s hosted Facebook livestreams during the pandemic, says he’ll perform via livestream now “as a last resort.”

“Until they figure out how my livestreams spread COVID, I guess I’ll be doing that, after I’m outlawed to play in public.” 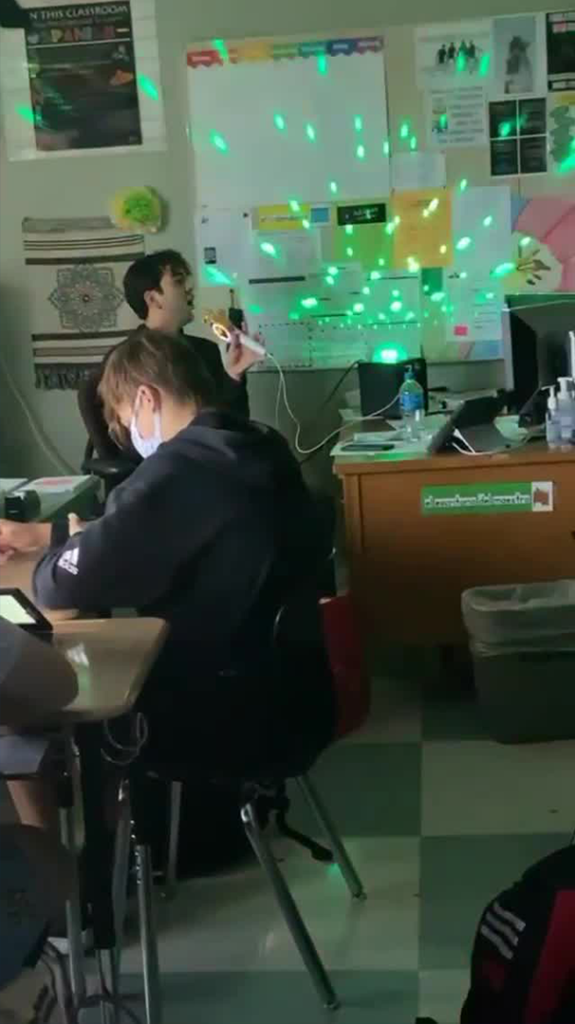 A substitute teacher at Bowie High School in Austin was forced to cut his workday short after being fired for an in-class karaoke session.

The unidentified teacher was caught belting Britney Spears’ “Toxic” — along with a light show — during the first period Dec. 3. In response, the Austin Independent School District (AISD) said he “wasn’t following best practices,” and asked him to leave.

It’s unclear who the teacher is, as his identity wasn’t revealed by AISD. But he apparently wanted to have some fun rather than teach the class. So he took out a mic and began singing while being recorded by some of the students. Along with the music, he also turned on some sort of light projector, covering the class in multicolored lights. AISD confirmed he was the one who brought the karaoke machine to class.

Initially, there were rumors the person was a prankster posing as a teacher, but the district confirmed he was a registered substitute who cleared the background checks. “All processes were followed, it was simply a case of a substitute not following our practices,” an AISD spokesperson explained, who dryly added, “I’ve heard worse Britney Spears covers, but the lights are a bit much.” 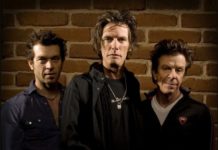 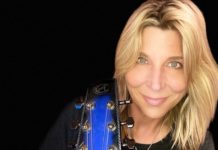 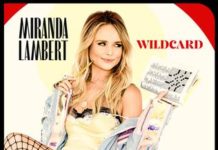