Tanya Tucker’s comeback is making its way to the big screen.

The Return of Tanya Tucker, a documentary that details the legendary country artist’s return to fame with the help of singer Brandi Carlile, is set for a fall release.

“Trailblazing, hell-raising country music legend Tanya Tucker defied the standards of how a woman in country music was supposed to behave,” the trailer’s YouTube description reads. “Decades after Tanya slipped from the spotlight, rising Americana music star Brandi Carlile takes it upon herself to write an entire album for her hero based on Tanya’s extraordinary life, spurring the greatest comeback in country music history.”

The description for the film, directed by Kathlyn Horan, continues, “The Return of Tanya Tucker follows Tanya’s richly creative, utterly captivating, bumpy ride back to the top as Brandi encourages her to push past her fears to create a new sound and reach a new audience. The writing, the experimenting and refining of this new music mixes with all that came before —  using rare archival footage and photographs to delve into Tanya’s history, beginning in a single wide trailer in Seminole, Texas.”

The trailer begins with vintage footage of Tucker, 63, performing and features voiceover narration from Carlile.

“I’ve loved Tanya Tucker since I was eight years old,” Carlile says in the clip. “Tanya’s voice is in all of us who sing country music. And it’s time for us to do an about-face and recognize that.”

“I want this record to be a renaissance period in her life,” Carlile adds, referring to their 2019 collaborative album While I’m Livin, for which Tucker ended up receiving the best country album Grammy award in 2020. Their song “Bring My Flowers Now” from the album also won for best country song.

Texas music artists are known for living on the road and playing in honky-tonks most nights, but one artist made a quick pit stop to see one of his biggest fans.

Staff at the University Children’s Hospital in San Antonio reached out to country artist Kevin Fowler about seeing one of their patients.

In a Facebook and Instagram post, Fowler posted a picture and video of him and Mayah Zamora, who was seriously hurt in the Robb Elementary School shooting in Uvalde. The video shows the two singing “Lord, Loud and Crazy,” then giving each other a fist bump.

Fowler posted that Zamora is in the hospital recovering from multiple wounds.

The family had plans to see Fowler in concert but was unable to attend due to the shooting.

“What an amazing experience it was meeting this sweet little girl!” Fowler wrote in his Facebook post. “She’s way braver than I could ever be. This whole experience really hit home. I have three daughters, and I can’t imagine one of my babies going through this.”

Parker McCollum made history to begin July. The country superstar broke the record for the most tickets sold at the famed Whitewater Amphitheater in New Braunfels, tallying a record-breaking 15,500-plus tickets during a three-night residency — July 1, 2 and 3 — at the iconic venue.

The singer took to social media after the shows to gush over the venue and the back-to-back, energy-filled shows.

“What a weekend. First to ever sell out @whitewateramphitheater 3 nights in a row. Absolutely electric every night. My favorite venue in the world. God Bless Country Music!”

McCollum has been riding a wave of success over the course of 2022. Earlier this year, he was awarded Best New Artist at the ACM Awards, and he earned his second consecutive No. 1 with his single “To Be Loved By You,” a song inspired by his wife, Hallie Ray McCollum. The song went to No. 1 on the Billboard country chart.

In fact, his song topped the charts the same week he made his childhood dream come true by performing  for 73,000 fans at the famed Houston Rodeo at NRG Stadium.

“It’ll be years before I truly look back and realize what happened this week,” McCollum says. “I was nervous that all my hard work and sacrifice wouldn’t be worth it in the long run. Well, after selling out Rodeo Houston and having my second No. 1, I can assure you all — it was damn worth it … every single last bit of it was worth it.”

Thirty-five years ago, in July 1987, George Strait’s “All My Ex’s Live in Texas,” one of his signature songs, hit No. 1 on Billboard’s Hot Country Songs chart.

The song was written by husband-and-wife team Sanger D. and Lyndia J. Shafer — fun fact, given the song’s storyline: she was his fourth bride — and produced by Jimmy Bowen. 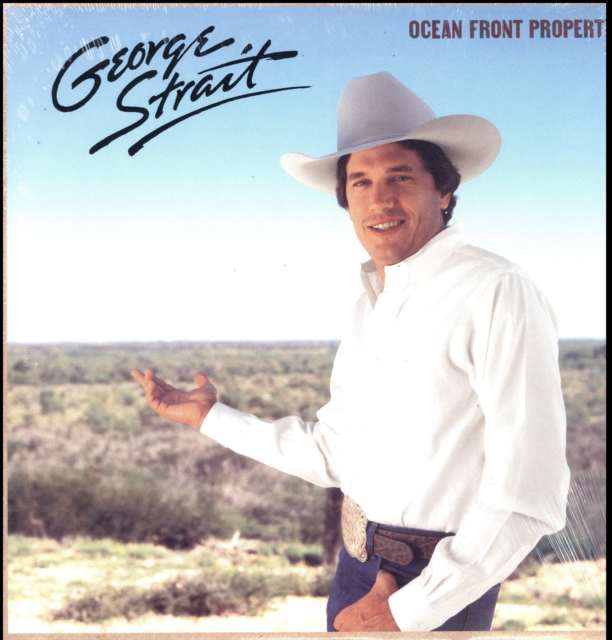 “All My Ex’s” was the second of three No. 1 hits from Strait’s album Ocean Front Property, released between the title track and “Am I Blue.” It became Strait’s 11th No. 1 of his record 44 Hot Country Songs chart-toppers, which span from “Fool Hearted Memory” in 1982 through “River of Love” in 2009.

That’s not an indictment of Beyoncé, an artist who’s been nominated for 79 Grammys and won 28. Nor is it a sign she’s not popular. She’s one of the only artists in the world who can sell out a stadium on tour.

But that’s a different kind of stardom. Rock bands can sell out big venues but don’t top the charts. The list of artists who can do both is very, very short. (Taylor Swift is one.) 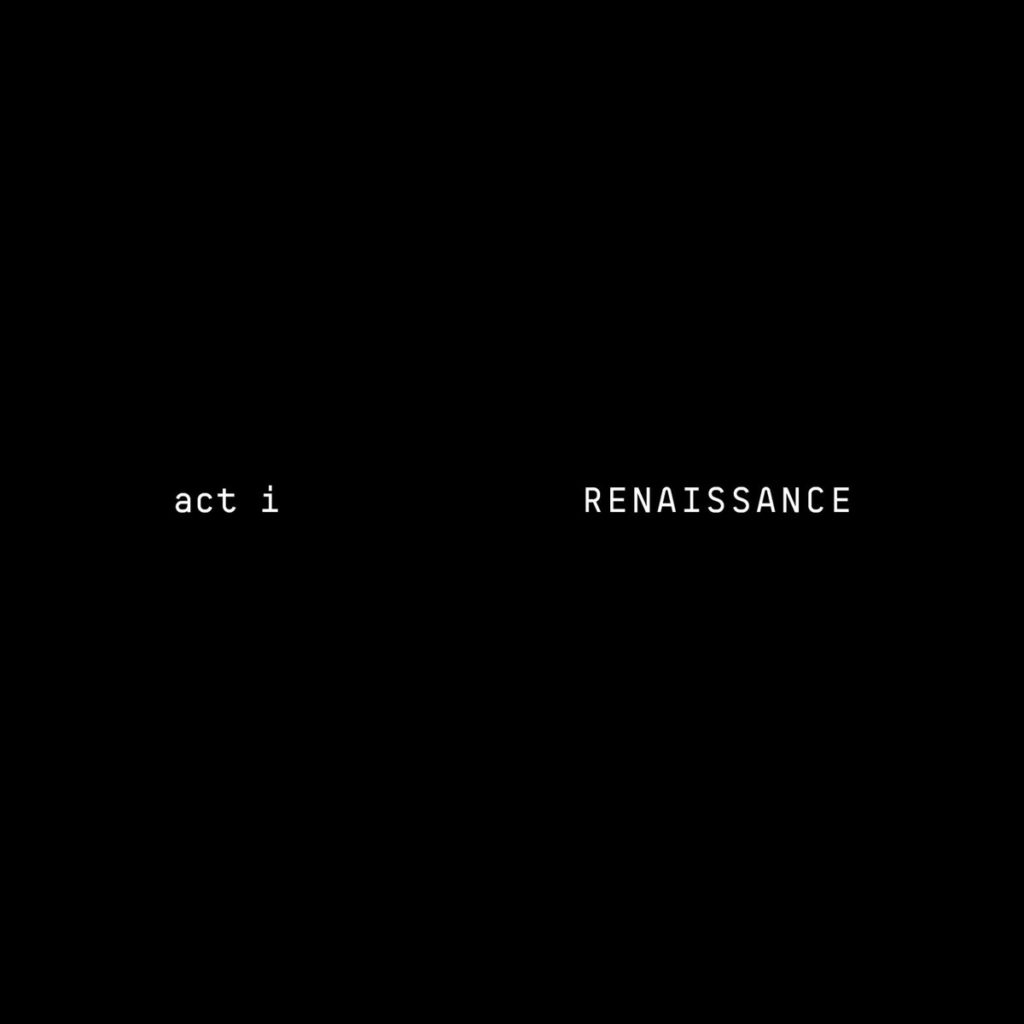 There are signs the new Beyoncé album, Renaissance, slated for a July 29 release, could break out in the style of a traditional pop album. The lead single has climbed into the Top 10 on the Billboard charts.

There’s probably no other state with a claim to such a rich diversity of musical styles and nascent talent as the Lone Star State. But Texas music isn’t what cowboy stereotypes have made it out to be – and for proof, one only need to hear a few minutes of a first-of-its-kind livestream dedicated to music that’s made and played in Texas, touching on nearly every genre imaginable yet firmly rooted in Texas terra firma.

The Texas Music Experience, a service of KUTX 98.9 Austin, launched in May and offers music 24/7 at tmx.fm.

“This is the breadth and depth of Texas music,” says Matt Reilly, program director for KUTX. “It’s amazing the diversity you’ll hear, but also the names you might not have realized are from Texas.” Some of those artists include Lizzo, Grupo Fantasma, the Octopus Project, Charley Crockett, Sly & the Family Stone, Selena Gomez, Leon Bridges, Spoon, Lefty Frizzell, Khruangbin, Erykah Badu, Ray Price and Ella Mae Morse, among many others.

“Let’s say you’re a family of four and you encounter this stream at a restaurant,” Reilly says. “In that four-song set, ideally, you’re going to hear something that appeals to each member of the family.”

As for what defines Texas music, at least for the Texas Music Experience, well, being born here or residing in the state – with a few years under your belt – fits the bill, which is what fosters such a diverse lineup.

“The size of the state encompasses so much,” Reilly adds. “You have so many different regions and populations. You’ve got all of this cross-pollination … all of these different cultures coming together and just the wide-open nature of the state and the sort of attitude of sharing music and art.”

Pedal to the Metal

Texas’ metal scene is as punishing as they come, and now, it’s got a new supergroup to contend with: Fugitive.

“I was able to find a niche where it sounds like the stuff I write for Power Trip, but it’s different, and it’s a different tuning,” Ibanez says. “It opens up some new doors for different types of songs and riffs. It was like a blank canvas — no rules.”

Ibanez is a founding member of Power Trip, which skyrocketed to metal stardom back in the 2010s. North Texas’ Creeping Death has also carved a foothold in the market, having recently wrapped a tour with U.K. extreme metal legends Carcass.

To Ibanez, Creeping Death and Power Trip pummel listeners’ eardrums at breakneck, Slayer-esque speeds. But Fugitive’s tempos run in the range of Venom or Motörhead, something they like to call “thrash ‘n’ roll.”

Mullins notes that with both his and Ibanez’s respective bands, everything is planned well in advance. By contrast, he was asked to join Fugitive in the spring, and they’re already looking to release songs sometime this month. The band will play its first show in August.

“It’s come to fruition very quickly,” Mullins says. “It’s refreshing having something new. Not that I don’t enjoy what I’m already doing, but having a breath of something new is always nice.”

The 42nd annual Tejano Music Awards (TMAs) will return to a live show this fall after two years of virtual shows due to COVID-19. The Texas Talent Musicians Association (TTMA), producers of the TMAs, announced July 6 that “The Biggest Night in Tejano” will take place on Saturday, Nov. 26, at the new Tech Port Center + Arena, San Antonio’s newest state-of-the-art facility.

“It’s going to be great for the Tejano music industry and for the fans of Tejano,” TTMA President Robert Arellano states, “for this town and for tech port.” 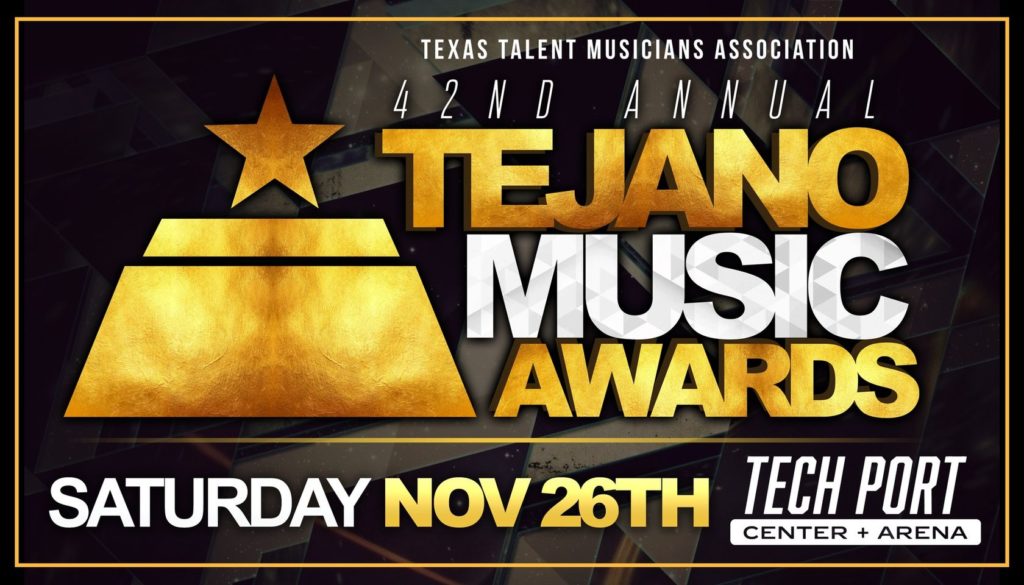 It will be the first time the facility, located in southwest San Antonio, will host a major Tejano awards show. This year’s TMAs will feature 15 musical acts from across the country as it returns to a live show and brings attention to the best in Tejano music once again.

“The Tejano Music Awards Industry has not had this following in many, many years,” Arellano says. “We believe this is going to give a jump-start to the industry.”

Billy Joe by the Book

Penned by roots music writer Courtney S. Lennon, the book is based on in-depth interviews conducted prior to Shaver’s passing in 2020, and offers a host of iconic artists, singer-songwriters, road-worn veterans and up-and-coming musicians impacted by Shaver’s life and songwriting. 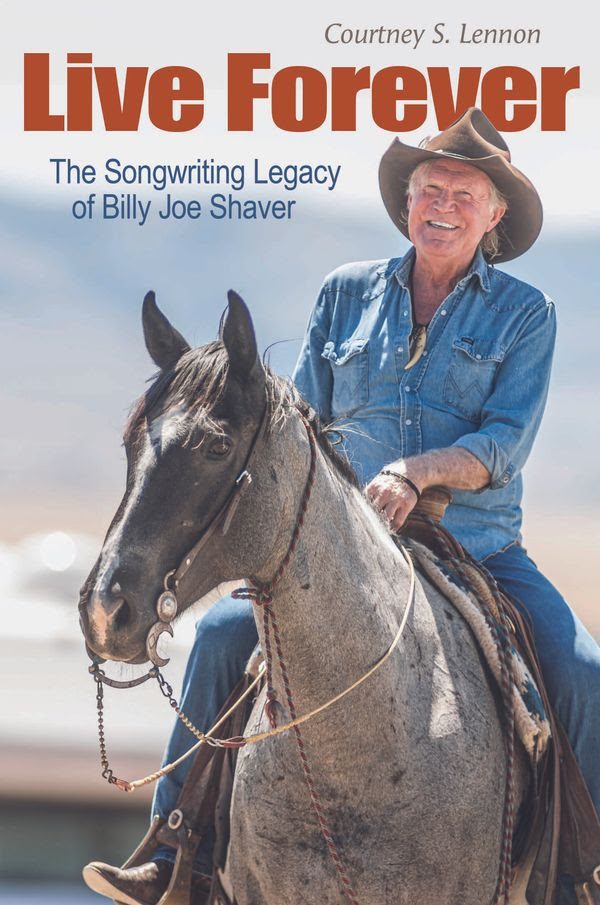 Shaver wrote nine of the 10 songs included on Waylon Jennings’s Honky Tonk Heroes album and played a major role in the origin and development of the outlaw country movement of the 1970s. With a catalog that includes “Ride Me Down Easy,” “I Been to Georgia On a Fast Train,” “Honky Tonk Heroes” and “I’m Just an Old Chunk of Coal,” Shaver has been honored by Ray Wylie Hubbard, alongside Townes Van Zandt and Guy Clark, as a member of the “holy trinity” of Texas songwriters. He exerted a deep influence on Texas music, and is cited as a chief inspiration on generations of artists.

This is Lennon’s first book after spending over a decade as editor of online roots music magazine, Turnstyled, Junkpiled. “Billy Joe Shaver was one of Texas’ greatest songwriters and a pillar of country music,” Lennon notes. “Live Forever is a testament to that.”

Not Her First Rodeo

A native of Lorena, Texas, Kelly has spent years paying her dues in both the Texas and Nashville music scenes. After years of hard work getting her Master’s degree and working full time, she signed a record deal with Show Dog Nashville last summer.

“I worked really hard in Texas before I came to Nashville,” Kelly says. “I wrote songs, put out records, did a radio tour and played every weekend while going to school and working full-time.”

The project is produced by Brett Tyler, Kelly’s husband and a hit songwriter himself with the No. 1 hit “Cold Beer Calling My Name” under his belt. Prior to the album’s debut, Kelly released “Summers Like That,” an ode to ’90s country summer songs such as “Strawberry Wine,”“Neon Moon” and more.

She also released “Blue Jean Country Queen,” featuring Steve Wariner, as well as a cover of “Black Rose” by Billy Joe Shaver, who Kelly calls a friend and mentor. The track ends with a voicemail from Shaver.