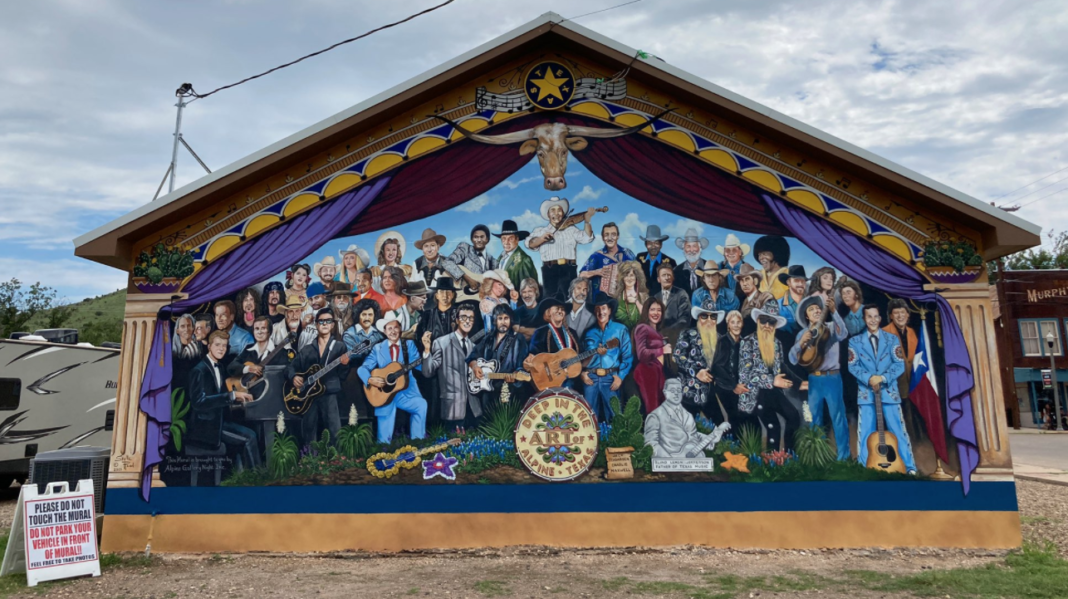 An impressive mural in Alpine documenting singers and musicians representing the Lone Star State — dedicated during the Viva Big Bend music festival in late July — is garnering attention on social media. Described as a Texas version of the Beatles’ Sgt. Pepper’s Lonely Hearts Club Band album cover, the artwork, from renowned mural artist Stylle Read, has largely been a hit on Twitter, where images of the finished product have been shared. But, as you might expect, some took note of the musicians who didn’t make the cut. 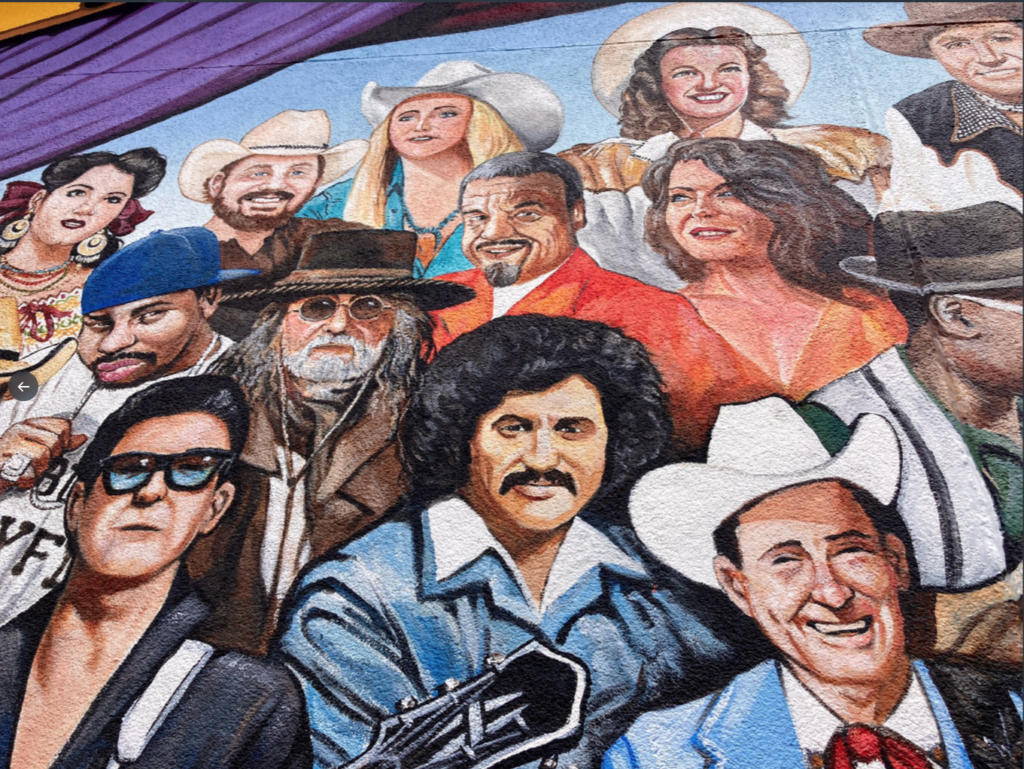 Among those not featured were Beyoncé. But Queen B wasn’t the only notable omission. A number of users were concerned the mural skipped over Doug Sahm, the late Tex-Mex singer-songwriter and Texas Tornados founder. While the mural does include former Texas Tornados members Flaco Jimenez and Freddy Fender, Sahm’s omission is perplexing.

The mural, on the side of the Printco building in Alpine at the corner of 5th Street and Murphy Avenue, does represent a range of genres. The Queen of Tejano, Selena, is, of course, featured, as is Buddy Holly, Janis Joplin, Stevie Ray Vaughan, Pantera’s Vinnie Paul and Dimebag Darrell, and DJ Screw, but the absence of the King of Tejano, Emilio Navaira, along with Billy Joe Shaver, Don Henley, Cindy Walker, Rodney Crowell, Kelly Clarkson and Freddie King, among others, has drawn reaction.

Of course, no mural of its kind can satisfy everyone; someone’s favorites will always be excluded, while others will balk at inclusions.

The mural is the result of an ambitious project from Alpine Artwalk. The organization clarified that it went about the selection process in a fair way, explaining there was a “committee of music lovers” who nominated artists. The mural even had sponsorships, which placed Selena, George Strait, Willie Nelson, ZZ Top, Waylon Jennings and Bob Wills in the top tier.

Regardless of who’s included, the mural successfully spotlights the beautiful variety of musical talent from Texas.

At 24 consecutive days, the State Fair of Texas is the longest-running fair in the nation — not to mention one of the largest — and Texas musicians will once again take to the Main Stage this year, offering free concerts for those with admission tickets. The event — running from Sept. 24 through Oct. 17 — returns after a pandemic hiatus in 2020. 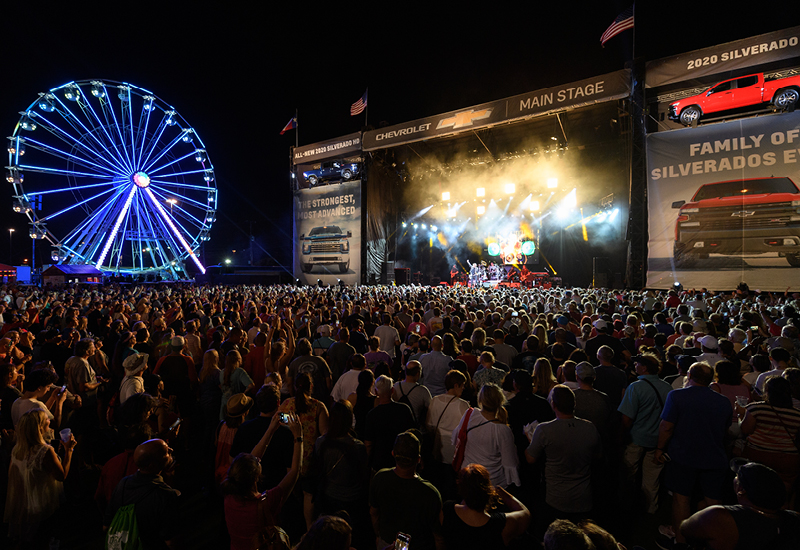 Headliners include the Black Pumas, Little Joe y La Familia, Shinyribs and Charley Crockett. Shows will be at 8:30 p.m. unless otherwise noted. Here’s the full list of headlining musical performances (of Texans and non-Texans alike):

A $50 season pass provides entry every day of the fair. A $24 premium ticket provides one-day admission any day of the fair, and $15 to $25 daily admission tickets are offered online or at the gate. Discounts are available for military the first responders.

Lizzo notched her first No. 1 on Billboard’s Top Triller U.S. chart, as “Rumors,” featuring Cardi B, debuted atop the rankings dated Sept. 4. The Top Triller chart highlights the biggest songs on Triller — a music video app that lets creators choose a song snippet and record a video to it — based on a formula blending the amount of video views, the level of engagement with those videos and the raw total of videos uploaded. 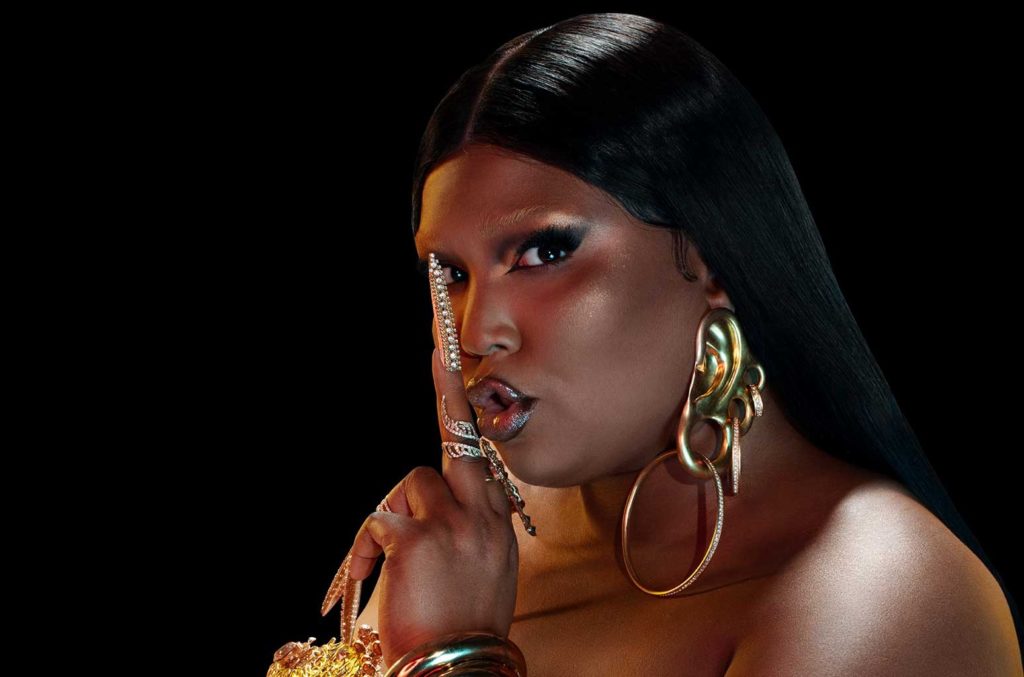 “Rumors” became the latest Top Triller U.S. No. 1 debut, following Soulja Boy’s “Rick and Morty” in early August. It debuted at No. 3 on Top Triller Global.

The iconic music television show, which tapes episodes at ACL Live in downtown Austin, has announced that attendance at its four September tapings would be limited to Austin PBS members. But the show has livestreamed some of its tapings in recent years. The Sept. 13 debut of Houston’s Khruangbin, as well as the Sept. 14 return of Fort Worth’s Bridges (who first did the show in 2015), will be streamed live at 8 p.m. via the program’s website. 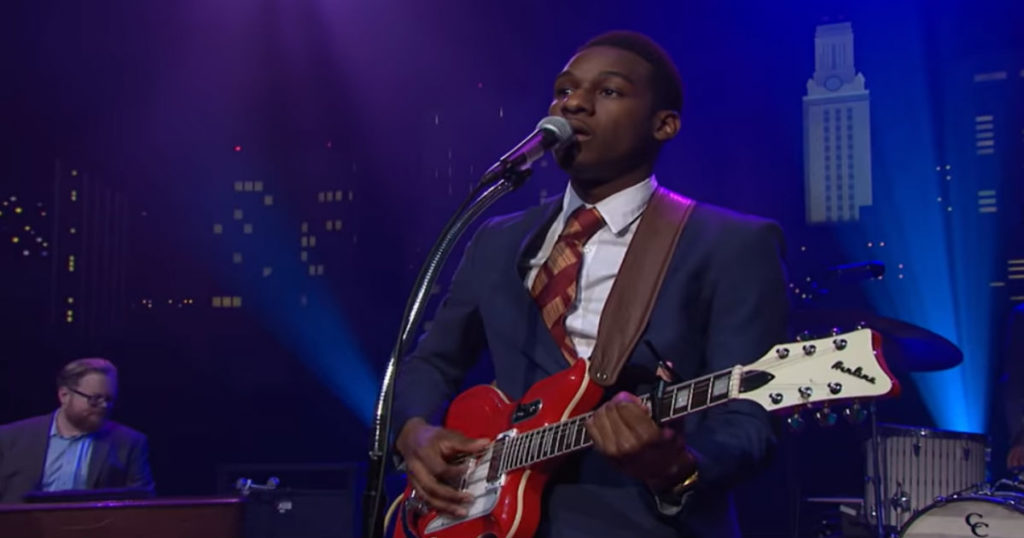 September’s two other announced tapings — Jackson Browne on Sept. 22 and St. Vincent on Sept. 30 — might not be livestreamed. More tapings will be announced soon for October; it’s possible that ticket-giveaway procedures may return. The limited-audience policy for September was instituted as part of the program’s COVID-19 safety procedures after Austin went back into Stage 5 guidelines in August. (Last year, several episodes were taped without an audience.)

Chadwick Murray, singer for the Dallas band Bastards of Soul, died Sept. 1 of a rare respiratory illness, according to a statement from his family posted on Facebook. He was 45.

Like other members of Bastards of Soul, Murray was a veteran of the Dallas music scene, also known for his work in Mur, Sister and a Thin Lizzy tribute act, Whiskey Jar. But he was reaching new heights with Bastards of Soul, the modern soul group who released their first album just before the pandemic in February 2020.

After playing sold-out shows at local venues like Kessler Theater and opening for national acts including Kamasi Washington, the group seemed ready for the festival circuit. But Bastards of Soul ended up completing their sophomore album, Corners, instead of touring due to the pandemic lockdown, and they were eyeing an early 2022 release date for their work. 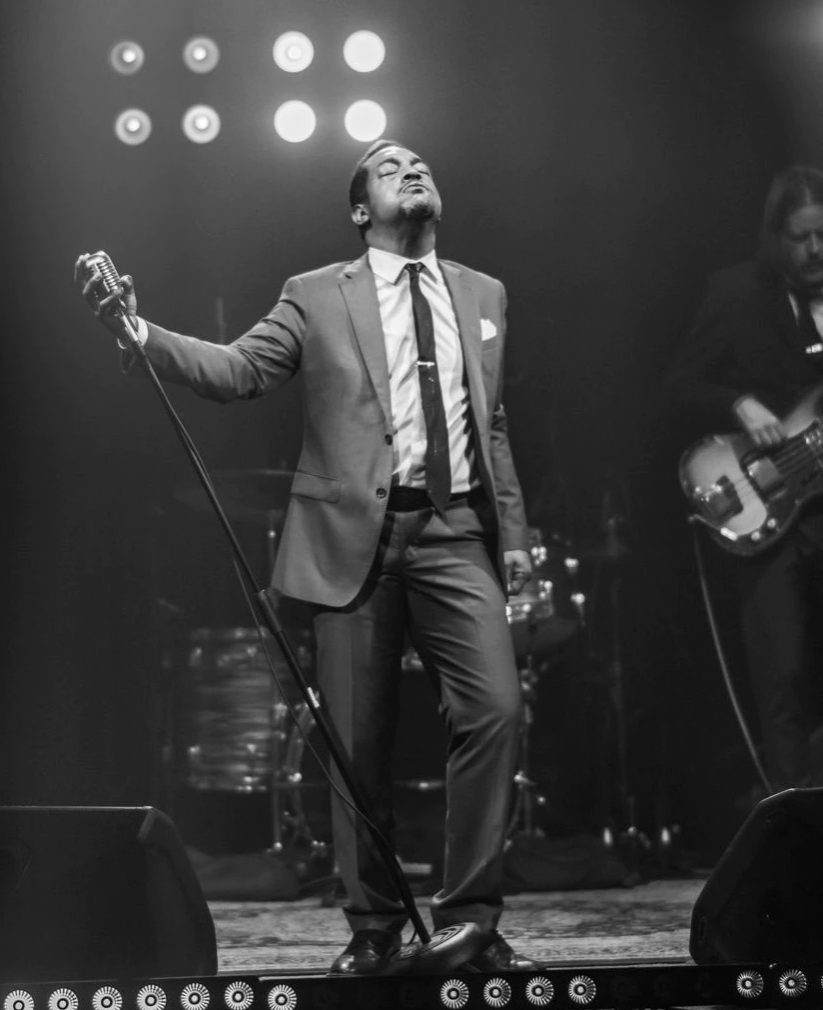 “There’s just so many layers of terrible to this,” said Chad Stockslager, who plays keyboards for Bastards of Soul. He said Murray had been in the hospital for a few weeks and was eventually diagnosed with a rare respiratory illness. He says Murray’s first child was born a week before his death.

“One of the little rays of light was that he had been able to complete his parts for the second record,” Stockslager said. “It’s some of the best singing he ever did.” Stockslager added. “All of the kind words being said about him now are all true. His kindness and generosity of spirit were larger than life.”

Tip a glass to Randy Rogers, who’s getting into the liquor business. The New Braunfels-based country artist is celebrating his hometown’s German heritage with a new liquor brand called Bahnbrëcker (derived from the German word for “trailblazer”), and its first release, Slow River Blend — a Hefeweizen-style whiskey — clearly sticks with the theme. 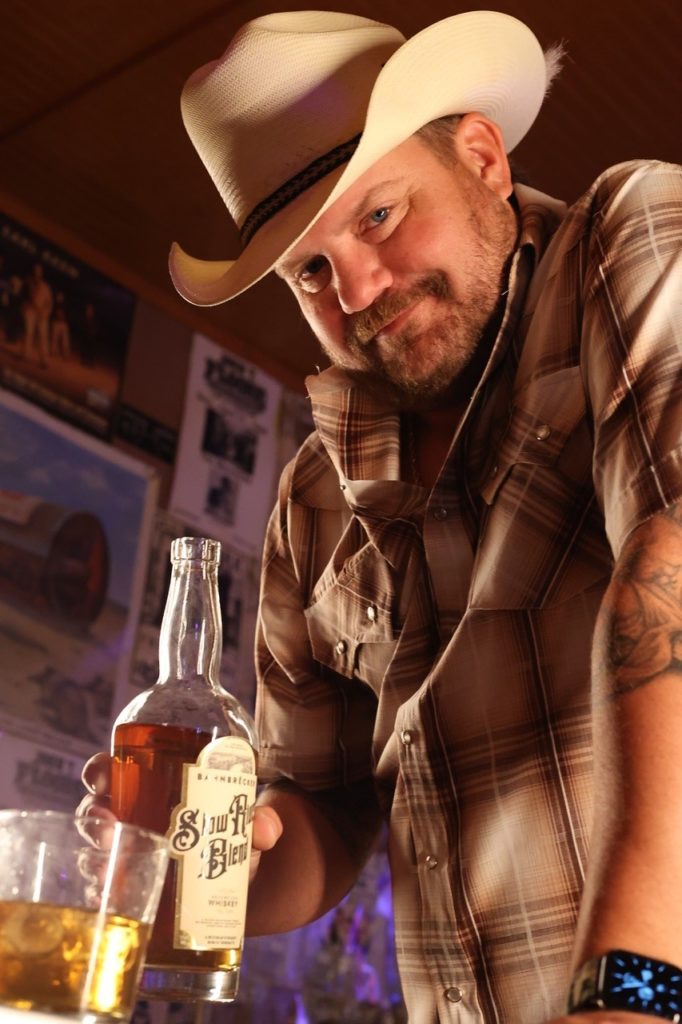 The blend marries Texas and Midwestern straight wheat whiskeys macerated with lemon peel and clove, according to the tasting notes. The end product features notes of both flavor additions, along with caramel and vanilla, making it reminiscent of a Hefeweizen-style beer.

“We wanted to create something people who came before us in this great community of New Braunfels would be proud of,” Rogers said in a release. “Slow River Blend gives you this flavor of the lemon and the clove blended with your whiskey that creates this Hefeweizen taste, this Hefeweizen spirit that’s the spirit of New Braunfels.”

One of the joys of summer has been the steady trickle of new music from the absurd, overwhelming project called The Metallica Blacklist, a collection of songs from 53 artists all over the world, working in various genres, covering tracks from Metallica’s 1991 smash hit commonly known as The Black Album (although it’s technically untitled). There are still a number of recordings yet to come (we should hear Arlington-born country star Mickey Guyton’s take on “Nothing Else Matters” shortly), but so far, a fan favorite has been the industrial take on “Sad But True” by Dallas-raised St. Vincent.

The original song is full of classic ’90s guitar crunch and singer James Hetfield’s signature growl. In the St. Vincent version, we get deep synths, a grimy bass line and Annie Clark delivering the lines about being “your dream,” “your eyes,” “your pain” as a sleazy come-on. She peppers the whole thing with intricate guitar solos that would make Metallica’s Kirk Hammett jealous. 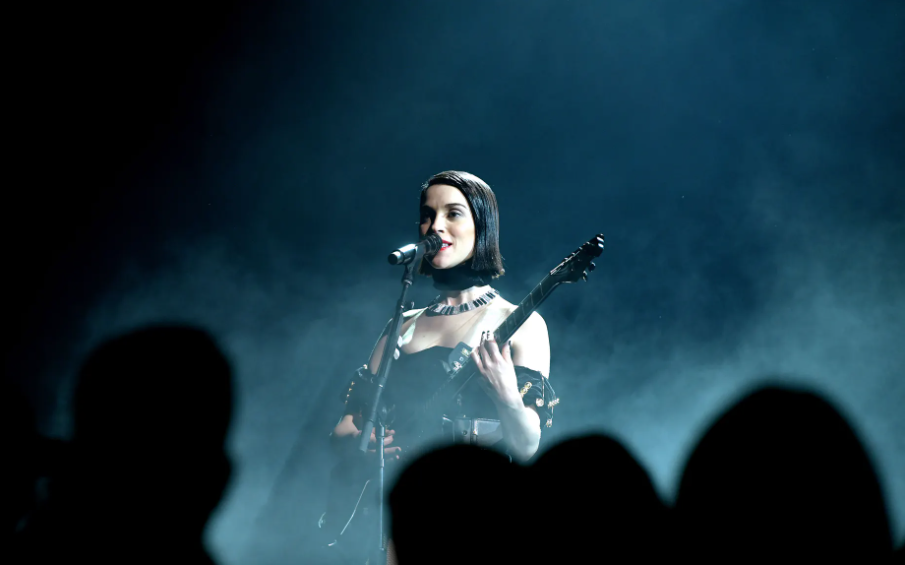 There are seven (!) different versions of “Sad But True” on The Metallica Blacklist, but it’s hard to imagine any of the others sounding anything like what St. Vincent does with the song, which is really the fun of the whole project. Such innovative takes are giving many of us a reason to spend more time with a band we never made much time for before, whose music, it turns out, works in a variety of genres, can come from a plethora of voices, and speaks to a diverse audience.

Like so many business owners, Jeff James’ inspiration for his innovative new music app, PickleJar, came out of sheer necessity. While sitting in a bar enjoying live music, James, a serial entrepreneur, came to the realization that an improved system for tipping musicians was called for. “This young woman comes through the crowd carrying a Yeti bucket, asking for $20 for the band,” James says. With no cash on hand, James donated via Square. “Sixty dollars later, I thought, ‘There’s got to be a better way to do this.’”

James, a former radio DJ and record label veteran, started scribbling his idea for a musician-tipping app on a napkin. Two years later, Houston-based PickleJar was sparked, because, James says, “Every musician we spoke to hates the way they’re paid on apps like Venmo and Facebook.” 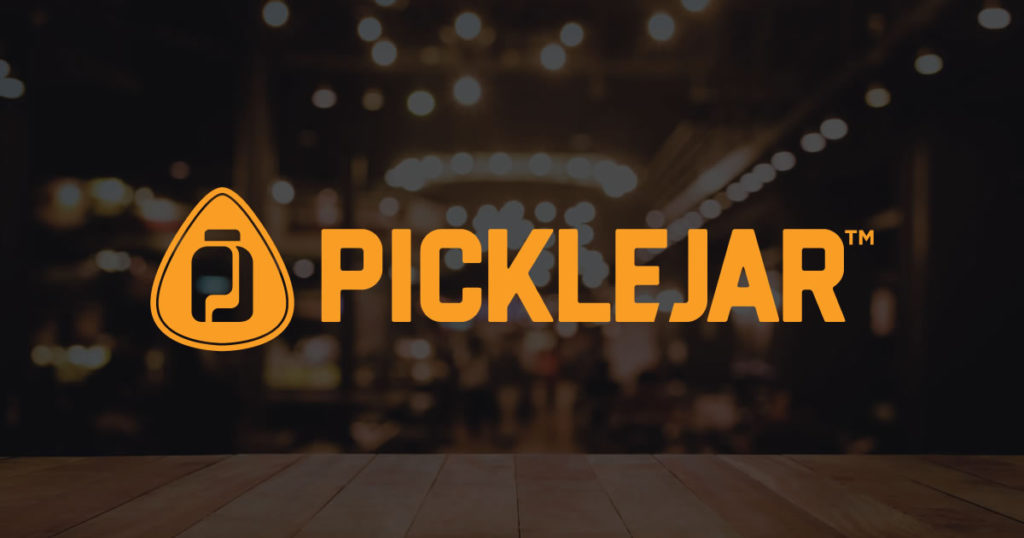 Pushing an artist-first mission, PickleJar ensures that every musician using the app keeps 100% of the money — something unheard of when James started the process two years ago. Fans donate to musicians on the app and, in turn, get five times that tip in proprietary digital currency called Pick Coins. “If you tip $100 to a musician, you get 500 Pick Coins,” James explains, “that can be use for buying tickets, merchandise or VIP experiences.”

The artist also gets 500 Pick Coins in that scenario, which they can use for much-needed equipment. PickleJar has partnered with Austin-based Strait Music Company, which will provide musicians with instruments and gear. Musicians can create their own wish lists so fans can directly contribute to the desired gear.

PickleJar also allows musicians to livestream. “On Facebook Live, data shows that only about 8% to 10% of an artist’s audience knows they’re live,” James says. “On top of that, Facebook takes 30 to 40 percent of the tips.” With PickleJar, 100 percent of an artist’s fans will be notified when the artist is live-streaming.

Fans can even donate directly to a musician’s nonprofit of choice, something that happened recently during Hurricane Ida relief efforts.“We really believe a gratitude economy is emerging,” he says. “We wanted to create the easiest way possible for fans to say thank you.” 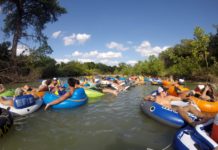 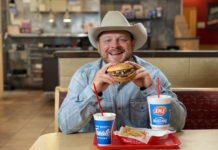