St. Vincent (aka Annie Clark) took home the award for Best Alternative Music Album for Daddy’s Home at the 64th Annual Grammy Awards held in Las Vegas April 3. It’s the second time she’s been honored in that category, having won for St. Vincent in 2015. She was also nominated in 2019 for Masseduction, and while she didn’t win, the album’s title track won Best Rock Song.

And while St. Vincent was the lone Texas winner during the televised broadcast, Texans enjoyed nominations is a number of categories reflecting the diversity of the state’s musical culture.

The Grammys also paid tribute to Texas native Meat Loaf during its “In Memoriam” montage. 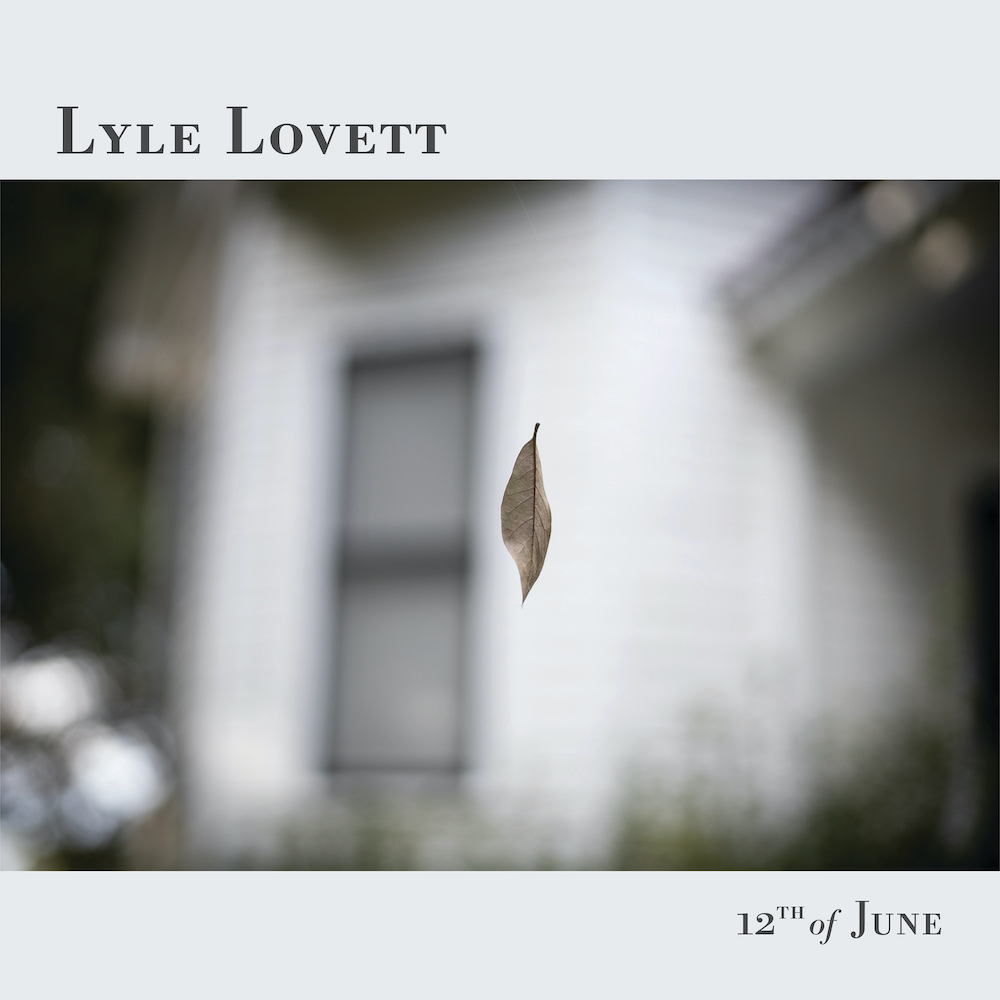 Four-time Grammy-winner Lyle Lovett is set to release his first new album in a decade, 12th of June, May 13.

Produced by Chuck Ainlay and Lovett, 12th of June features a mix of new originals, standards by Nat King Cole and Dave Frishberg, and a Horace Silver instrumental, representing Lovett’s dynamic live performances with his Large Band. Coupled with his gift for storytelling, the new album continues to highlight Lovett’s ability to fuse elements of jazz, country, western swing, folk, gospel and blues in a convention-defying manner that breaks down barriers.

A lot has changed for Lovett since 2012’s Release Me, which debuted in the Top 10 on Billboard’s Country Albums chart and whose title track reached No.1 on the Americana Radio Singles Chart. He’s gotten married, had twin children and signed with a new label, Verve Records.

Moreover, Lovett is set for an extensive 2022 tour with his Large Band in addition to co-headlining dates with Chris Isaak.

Mike Dimes’ background isn’t the stuff rap dreams are typically made of, but with more than 2 million TikTok views, 70 million Spotify streams and a new album, In Dimes We Trust — out March 23 —  the San Antonio-based rapper, born Michael Goode Jr., seems poised for success. You may have seen the billboard, just south of the Alamodome, that asks, “Who is Mike Dimes?”

Well, the 21-year-old was a military kid who moved around a lot as a child, experiencing the life and culture of places all around the country — from Texas to Colorado to South Carolina to Oklahoma. But he owes a debt of gratitude to the school cafeteria workers who encouraged him. “I used to freestyle around my school during lunch. There’d be cool workers there who’d be like, ‘Freestyle battle. If you win, you get free food.’ We’d be doing a whole bunch of that and then people would be like, ‘Oh, you’re actually good. You should take this seriously.’ And then toward my senior year, I dropped my first song and it was like, ‘OK, yeah, you’ve got to actually take it seriously.’”

But he had a backup plan just in case — which was to pursue an architecture degree. That explains why, just as his career is taking off, he’s enrolled at UTSA, though he’s switched his major to business management so he can get a better handle on the economic side of his music career.

And as his views and streams increase, he possesses the youthful arrogance that comes, in part, from forging his own path. “My cockiness is just confidence in me being myself,” Dimes says. “I’ve never wanted to be one with the party. I wanted to be the party.”

On the 27th anniversary of her death, fans of the Latin music icon Selena learned a new album is in the works. Her father, Abraham Quintanilla, told Latin Groove News recently that the album is expected to be released in April and will have 13 songs, including one Selena recorded at age 13. The album was worked on by Quintanilla’s brother, A. B. Quintanilla.

The massively popular Queen of Tejano was born Selena Quintanilla in Corpus Christi. She was shot dead there on March 31, 1995, by the president of her fan club.

After breaking through in the male-dominated field of Tejano music, she won a Grammy Award in 1994 for Best Mexican-American Album for Live! and was honored with a Lifetime Achievement Award at the 2021 Grammys.

Her album, Dreaming of You, which came out less than four months after her death, was the first album by a Latin artist to debut at No. 1 on the Billboard 200. Her music, such as her hit song “Bidi Bidi Bom Bom,” released in 1994, is still played consistently.

Kacey Musgraves takes her role as an ally serious — deadly serious. “I’d jump in front of a moving train for the LGBTQ community,” the Golden, Texas, native said on the red carpet at the 33rd GLAAD Media Awards in Beverly Hills April 2.

Musgraves was presented with the Vanguard Award before performing her hit song, “Rainbow,” at the event. “To feel the love of the community in this room,” Musgraves said, “I’m honored. There are so many icons and innovators here. And I genuinely feel like I wouldn’t be where I am without the support and love of them.”

The 33-year-old singer also reflected on making the country music genre a more inclusive space for her LGBTQ followers, recounting a heartfelt interaction she had with one fan.

“One of the biggest compliments I’ve ever gotten was when a gay country fan said, ‘You know what, you’ve made me feel like I’m finally invited to a party I’ve never been invited to,’” Musgraves recalled. “And that killed me in the best way possible. Because I see country music as a genre built on stories about real life, about real people, and I don’t know why that would exclude anyone’s perspective. We’re all made of the same things, we all want the same things, we’re all driven by the same emotions. It’s just wrapped up in a bunch of different bows.”

This year has already proven to be noteworthy for Lizzo, who released a new album April 14 and host and perform on Saturday Night Live this weekend.

On March 25, the Grammy winner added another feat to her list of accomplishments: her own dance competition series. Lizzo’s Watch Out for the Big Grrrls, which debuted on Amazon Prime Video, follows 13 plus-size women as they compete to become Lizzo’s backup dancers at the 2021 Bonnaroo music festival.

“It was important that I changed the narrative of what a reality competition television show looks like,” Lizzo, who executive produced and hosted the series, said during her SXSW keynote this year — at a packed Austin Convention Center.

“We don’t always have to be cruel,” she said. “We can be kind, and we don’t have to pit people against each other. I feel like it’s hard enough in the dance world already for girls who look like me, so why would I create that environment in my space? If I have the power to change that, why not change that?”

The show, which has been described as America’s Next Top Model meets So You Think You Can Dance, includes special guest stars, including Missy Elliott and SZA.

The Wittliff Collections at Texas State University has acquired a significant archive of legendary blues guitarist Stevie Ray Vaughan. The SRV archive, obtained from a private collector, is a major addition to the Texas Music Collection at the Wittliff, which already boasts archives from Willie Nelson, Jerry Jeff Walker, Marcia Ball, Cindy Walker and Asleep at the Wheel. The Wittliff is also home to one of the largest known collections of Tejano music materials and memorabilia in existence.

The new SRV collection offers intimate insights into the life and career of the famed guitarist in three distinct arenas: songwriting, recovery and the complicated relationship with his brother, musician Jimmie Vaughan. A selection of items from the archive will go on display for the first time in the upcoming exhibition, “The Songwriters: Sung and Unsung Heroes of the Collection,” which will open later this spring in the Texas Music Gallery.

Included in the acquisition are such artifacts as the iconic black hat and conch belt worn during Vaughan’s 1984 Carnegie Hall concert, his tall suede boots with buckskin fringe and favorite moccasins, his pipe and flask, and his guitar strap.

The collection offers new insights into Vaughan’s mindset when it comes to understanding how important his recovery and spirituality were near the end of his life, and how overcoming his alcohol and drug addictions wasn’t easy. A 6-inch by 9-inch notepad documents such moments:

“One of the great values of meditation is that it clears the mind. And as the mind becomes clearer, it becomes more capable and willing to acknowledge the truth.” In another notebook, Vaughan writes: “Today I start anew … burdens I carry around in shame and guilt.”

In the 70-year history of the Recording Industry Association of America (RIAA), only 76 songs have been certified Diamond (meaning they’ve sold 10 million copies in the U.S.).

Of those megahits, only four are by Black male singers — a number recently upped thanks to the ongoing success of Khalid‘s debut single, 2016’s “Location.” In addition to that Syk Sense-produced cut being certified Diamond, the 24-year-old’s “Young, Dumb, & Broke” is now at 9x Platinum, “8Teen” is now 3x Platinum and “Coaster” is 2x Platinum.  On the album front, Khalid’s debut — 2017’s American Teen – is currently 4x Platinum. His cumulative digital single sales currently sits at 53 million in the U.S.

With the advancement of “Location” to the 10 million-sellers club, Khalid joins John Legend, The Weeknd, and Lil Nas X as the only Black male singers to have Diamond-certified singles. The latter’s “Old Town Road” – at 16x Platinum – is the highest-certified single of all time among all acts.