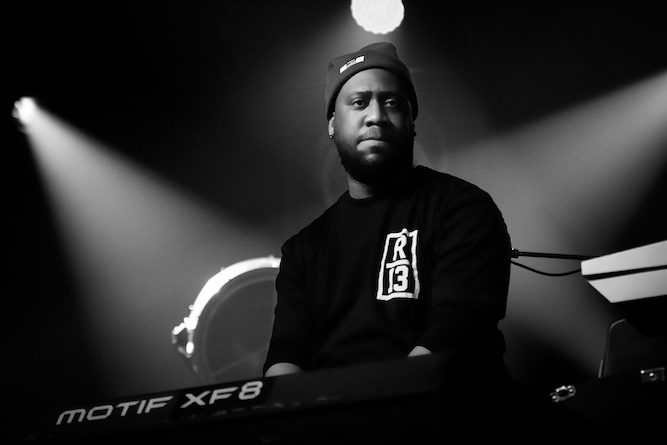 FOR 15 YEARS, Houston’s Robert Glasper has been the standard-bearer for jazz music’s fusion with hip-hop, soul and rock, turning songs like Nirvana’s “Smells Like Teen Spirit” and Radiohead’s “Packt Like Sardines in a Crushd Tin Box” into kinetic electro-funk mashups. With his trio, the Robert Glasper Experiment — consisting of vocalist/saxophonist Casey Benjamin, drummer Mark Colenburg and bassist Derrick Hodge — Glasper tends to leapfrog different genres, making music that’s rooted in jazz and R&B and impossible to peg.

“My people have given the world so many styles of music,” Glasper declares at the top of his 2016 album, ArtScience. “So why should I just confine myself to one? We want to explore them all.”

Among those art forms whose future is judged to be at risk, jazz ranks high. Once the music of the young and rebellious, it has in recent times been relegated to a lifestyle choice of the comfortably bourgeois.

There is, however, hope. After years of experimentation, a movement is taking hold, restoring to improvisational music the dance impulse that’s so essential to connecting with a younger audience. And the most essential player in this trend is Glasper.

His 2012 album, Black Radio, a bold hybrid of jazz and hip-hop, won the Grammy for best R&B album. Three years later, Glasper received another Grammy — in the Best Traditional R&B Performance category — for “Jesus Children,” a track from Black Radio 2 (2013). And his soundtrack for the Miles David film Miles Ahead (2015), for which Glasper was a producer, won Best Soundtrack Compilation a year later. In all, he’s been nominated for Grammys seven times.

Both Black Radio albums feature Glasper’s hip-hop-influenced band, the Robert Glasper Experiment. But the pianist — who can be heard on rapper Kendrick Lamar’s acclaimed release, To Pimp a Butterfly — says hip-hop has also significantly influenced the music of his longstanding acoustic trio, featuring bassist Vicente Archer and drummer Damion Reid.

It could hardly have been otherwise.

“I was always in the hip-hop/R&B scene, because I was [singer] Bilal’s music director,” Glasper says. “And I was also playing piano with [rappers] Mos Def and Q-Tip. And I was playing piano with the Roots — they used to call me to do shows with them.

“So I was always in that world. And at the same time, I was in the jazz world,” he says. “And I started getting a lot of hip-hop fans and R&B fans in my jazz trio audience because of how we’d play things and because of the songs I was covering.”

Glasper, 41, isn’t the first jazz artist to attempt a workable balance of jazz and hip-hop. But Black Radio was the right album at the right time, peaking at No. 1 on Billboard’s jazz chart and No. 4 on the R&B/hip-hop chart. The enthusiastic critical and commercial response to the album was “very unexpected,” Glasper says. “When people cross over, they don’t even look to cross over that hard core.”

Nowadays, Glasper is embracing his identity as a producer and a connector as much as a pianist. Last year, he released August Greene, the debut from a three-man collective with Common and drummer-producer Karriem Riggins. And last summer he toured with R+R=NOW, a fusion supergroup playing simmering original music with the stated intention of addressing the political moment.

As he’s helped to wash away artificial divides between jazz and other contemporary black music, Glasper has stepped into a new role as an ambassador and architect, and the role seems to suit him. Since Black Radio, he’s been angling hard toward concision.

“While we were playing solos, depending on how long our solos are or how many solos we’d take, I’d watch people get on their iPhones,” Glasper recalls. It allowed him to craft a show that’s “enough for jazz cats but also enough for people who just want to hear the radio hits.”

And — always the innovator — he says he’s dreaming of a Black Radio 3, which promises to be as bold as its predecessors.

FOR MEGAN THEE STALLION, A DIFFERENT KIND OF COVER

5 QUESTIONS WITH TWO TONS OF STEEL