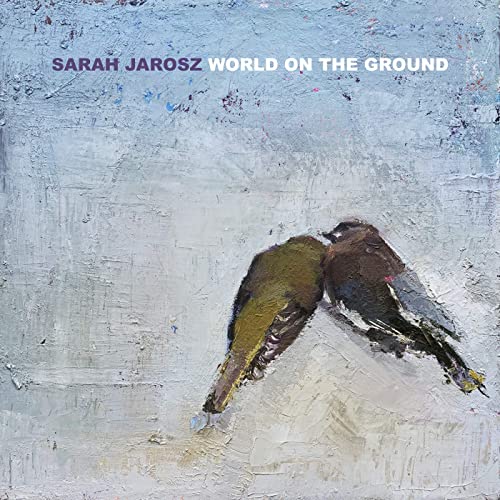 Jarosz’s fifth album was released in June, not long after the world shut down, and the moody uncertainty and disquiet at the outset might suggest it were written in response. The album’s title comes from a line in the terse, minor-key second track and assumes the perspective of a bird looking down on the earth to suggest an enviable detachment: “When the world on the ground / Is gonna swallow you down / Sometimes you’ve got to pay it no mind.”

But the songs were written before the pandemic, and other moods and concerns emerge, chief among them the mixed blessings of home and the twinned impulses of wanting to leave and longing to return. In “Hometown,” home was once a narrow nest the narrator couldn’t wait to fly from but is now a reassuringly familiar place of rest. In “Eve,” the narrator’s neighbors warn her against leaving and of those who’ll “muddy all the good you’ve got inside.” The subject in album standout “Johnny” might be one such casualty, someone who’s flown around the world and wound up back on “the same damn ground.” Most of the songs are like this, backward-looking meditations on leaving and returning.

Running throughout are Jarosz’s assured songcraft and that crystalline voice, pure as a tuning fork.