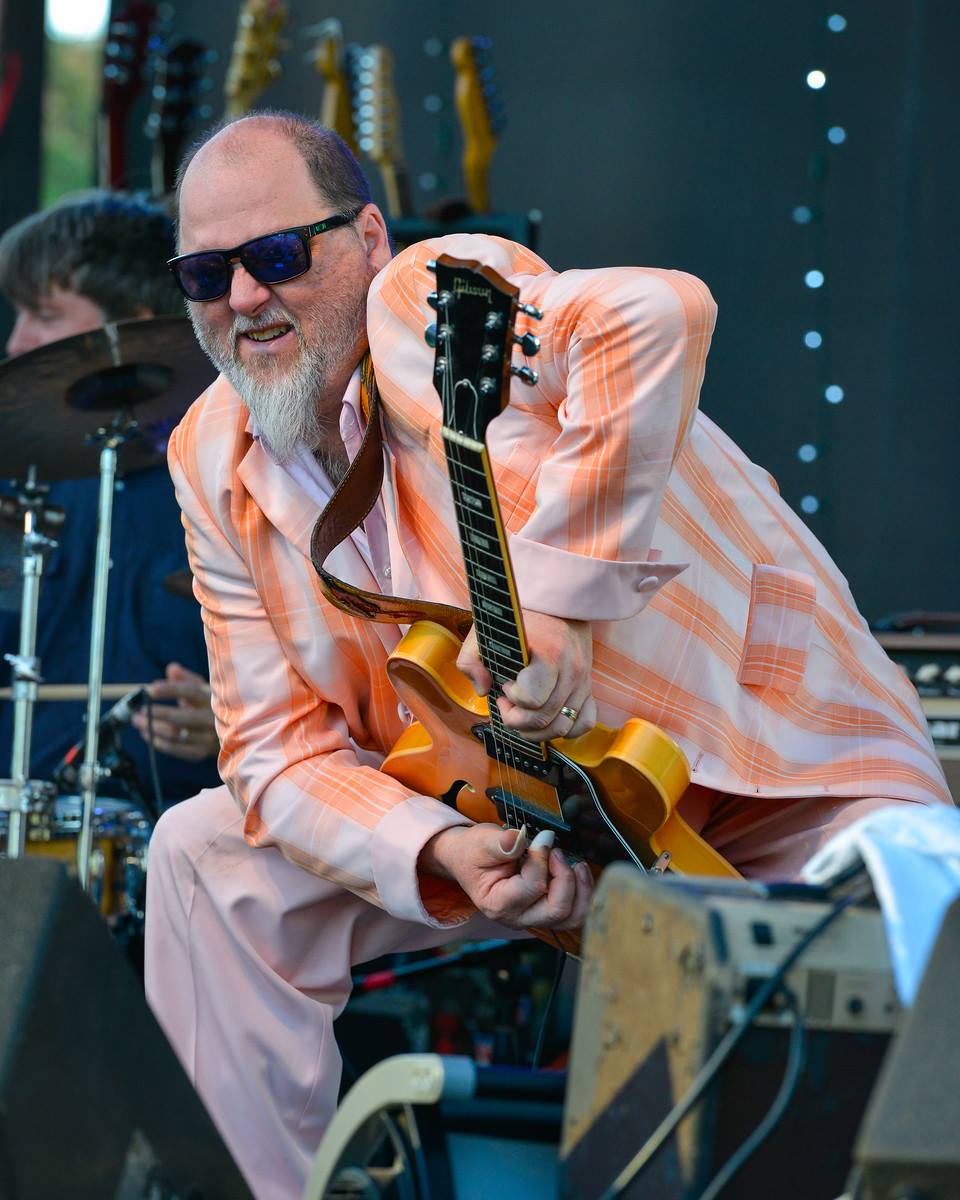 The COVID-19 era hasn’t been kind to live music, obviously, but perhaps it’s been sort of a wouldn’t-have-wished-for-it backdoor boon to the creative process. Shinyribs frontman Kevin Russell — an eclectic roots-music warhorse if there ever was one — has typically had such an overflow of creativity it’s spilled across multiple bands, genres, instruments and approaches to stagecraft that have ranged from straightforward four-piece roots-rock to an immersive big band, song-and-dance-man experience. And of course there are always exceptions, especially with a diversely gifted artist, but Russell’s body of work (especially live) leans hard toward the extroverted. One can imagine that the relative isolation — or at least imposed stillness — of the last year or so couldn’t have helped but have an effect. And if you listen to Shinyribs’ latest, you can hear the walls closing in a bit. 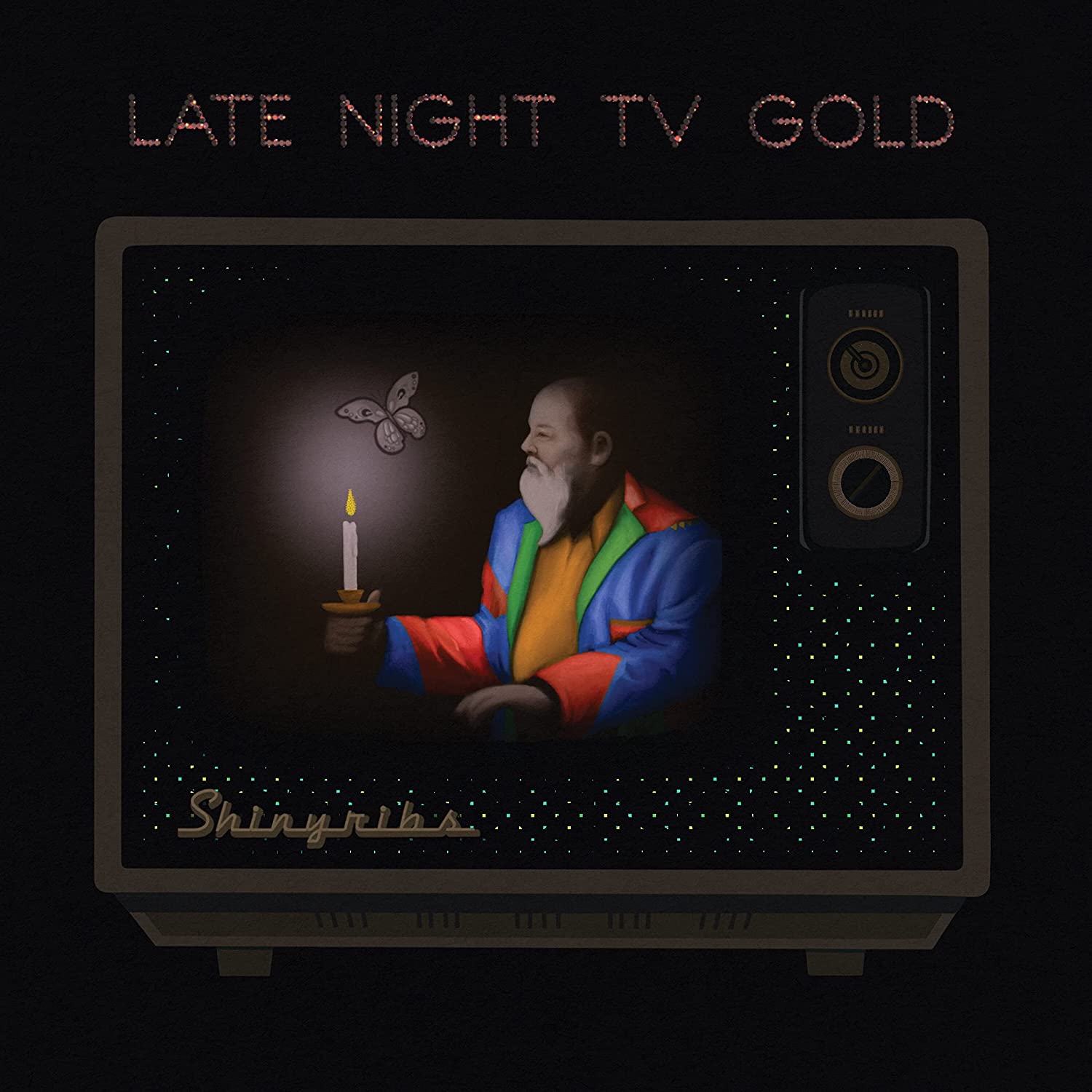 Russell’s last effort, 2019’s Fog & Bling, mostly ditched the rustic textures he’s been known for since his Gourds days, leaning harder into ’70s and ’80s R&B. It was still inescapably twangy thanks to Russell’s immediately recognizable voice but glad to trade in string-band jams for electric grooves for the most part. Late Night TV Gold is there with it to some extent, but in both the sonics and the lyrics, the ballroom largesse gives way to something a little more compact, claustrophobic and intimate. Even the album’s title (the title track itself is a mostly instrumental sonic oddity, not an obvious statement of purpose) suggests lonelier rooms, restless nights and tighter environs. The kinda spooky opener, “How The Light Knows,” gives five-and-a-half minutes to a dub-reggae groove, lyrics somewhere between zen and optimistic, Russell’s voice coming through soulful but also sounding oddly piped in from another world, as if nobody involved wanted to pretend this record was made in normal times.

It’s not an album-length commitment to listener disorientation: the second track, “Sweetening,” speaks to the better angels of humankind we all hope remain prevalent, and plenty of other tracks score on less thematic turns. “Picking Up Tears” marries classic country wit and pathos to a subtle funk guitar riff and some jangly percussion. “Party While You Still Can” moves like James Brown, while “Going Up Coming Down” takes a more languid tack reminiscent of Dr. John.  Both influences have been obvious touchstones for Shinyribs/Russell in the past — and largely venerated by music history — but the tight, wiry rock of “Rhythm of the Night” nods toward ’80s cock-rockers like Eddie Money and Billy Squier that millions of people enjoyed but no one talks about much anymore.

Whether the listener gets an ironic chuckle, a sincere rush of nostalgia or a little of both, longtime fans might be reminded of just how all-over-the-place the cover selections have been at Shinyribs’ live shows down through the more conventional years.  They might also be reminded that Russell & Co. are there for them, and that things are never going to get so weird that their favorite band can’t get weird with them.