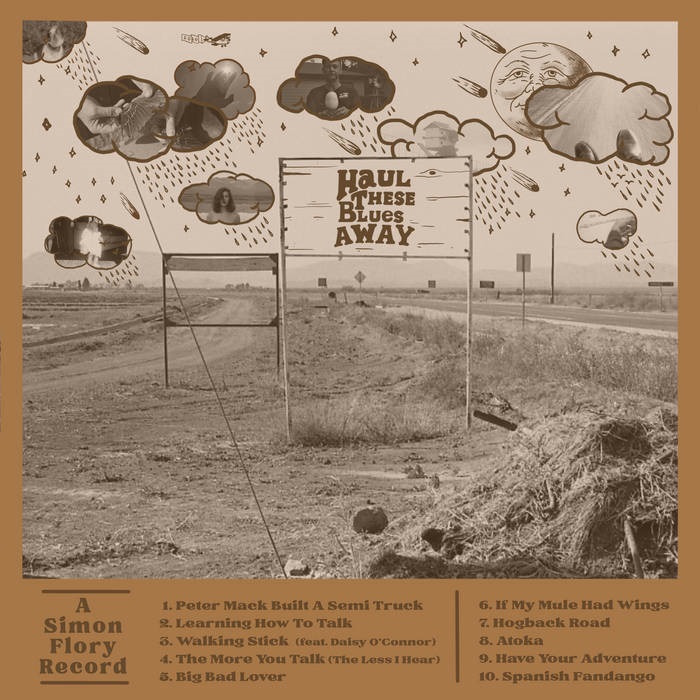 Hailing out of Fort Worth, Simon Flory is a songwriter who, thankfully, harkens back to way before the days of bro-country or anything resembling such a monstrosity. His country-folk owes as much to Arlo Guthrie as it does to Hank Williams. From the album’s cover image to the music, Haul These Blues Away is about isolation and optimism, staying sane in insane times. “It won’t take a whiskey bottle to haul these blues away,” Flory sings on “Peter Mack Built a Semi Truck,” as he strums his way toward turning a corner.

Haul is Flory’s third solo effort, and it encapsulates what makes him great: clear-headed tunes that are never over burdened with pretension or indulgence. “I’m gonna talk even though you’re not listening,” Flory intones on “Learning How to Talk,” sounding like a Texas version of Jim Croce.

There’s not a bum track amid the 10 nuggets presented on Haul. This is music of rare quality and clarity.