Dallas’ own Sloth Fist planned on releasing their sophomore effort, Mothman is Real, in 2020, but like most things pandemic-related, the video and online release schedule got pushed up to, well, about now. Which is OK, because as Mudhoney’s Mark Arm once so eloquently yelled, “Good things come to those who wait, and I want to come.”

And that Mudhoney reference was not done in jest. There’s plenty of linkage between those garage bastions of the Northwest grunge scene and these sloth-like creatures from Big D. Take, for example, the opening track, “Sloth Fist Will be Annihilated.” First, punks love words like “annihilated,” and second, punks all worship at the alter of Ozzy and Black Sabbath. The opening salvo has the prerequisite slow intro before the drummer proves he’s listened to all the early Ramones albums and pummels away for as long as it takes. 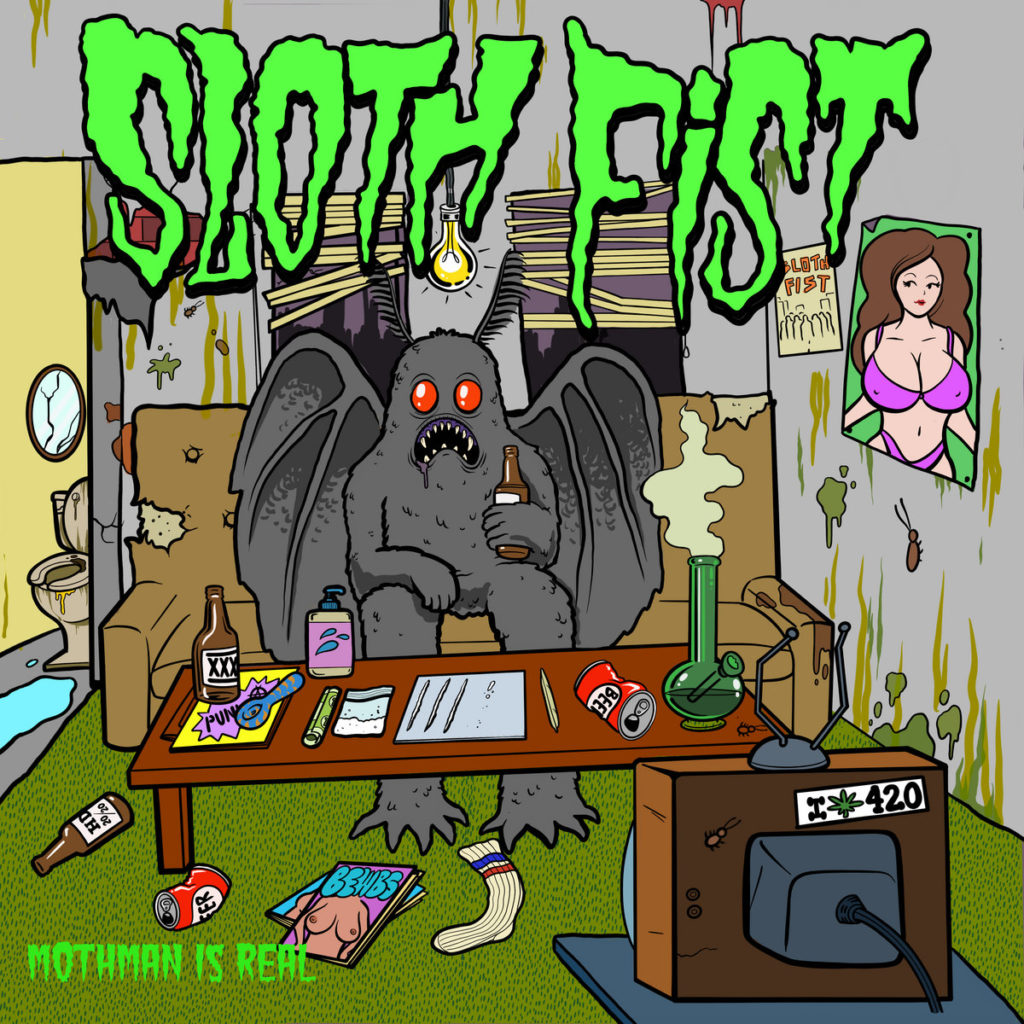 Vocalist Eric Daniels shreds his throat in severe ways as he self-mythologizes his own band. Did Black Flag have a song about Black Flag? I digress. This is riveting stuff, punk rock done up all gnarly and loud, the way it ought to be. It’s also pretty damn funny. The title track is all about the creature from that awful Richard Gere movie. For whatever reason, punks seem to like horror movies, but these local boys don’t have the brains of prime Glen Danzig and his Misfits — but then again, who does?

Otherwise, this is pretty typical punk ranting, even down to the generic song titles. “All I Know,” “Rock and Roll Ain’t Nice,” “Go Away” and “Hangover Song” are pretty much by-the-numbers punk rock 101, a class taught by every 6-foot skinhead with a Motorhead tattoo who really doesn’t understand what anarchy means.

In some god-awful, foul smelling corner of an artist studio turned nightclub, Sloth Fist will probably sound perfectly awful and beautiful at the same time, which is really what punk is all about anyway, all those crazy contradictions about being an amateur but still being able to play power chords in some coherent order, about saying you hate your parents but still mowing their lawn on the weekend, about refusing to shower except when the girlfriend demands it.

Sorry, guys, Mothman is not real, but Sloth Fist rock and this album has punk balls. It’s stupid and angry and loud and sort of funny and not a little under-educated. Cool cover to boot.