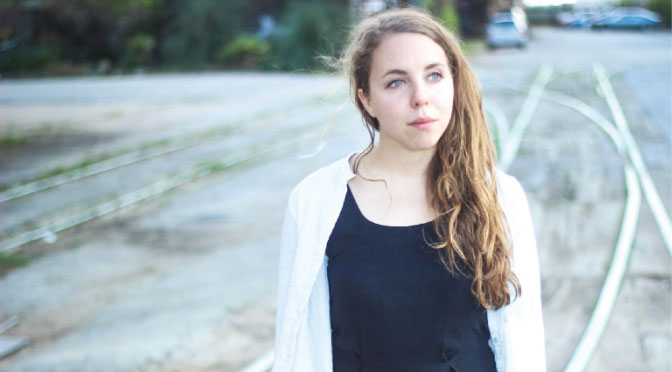 DENTON’S MUSIC SCENE — one of the state’s most celebrated — has always been defined by a certain ephemeral nature. The college town’s most impressive draw, the University of North Texas’ storied school of music, brings in a bumper crop of talented and ambitious young musicians every year, and the city affords them with a half-dozen or so quality live music venues where they can try out their artistic voices in front of appreciative, practically captive audiences. After all, if you’ve got no love for electric guitars and dive bars, the entertainment options start to feel slim.

Really, the only trouble is that everybody has to graduate sometime. The top musicians often move on to the brighter lights of Austin or L.A., and the college kids soon disappear in search of their first paycheck. As a result, Denton can often feel like a scene in constant flux. The artistry comes in waves: rolling in and making a big splash before receding again, over and over.

Sometimes, though, a rock is discovered amongst the waves — smooth and polished by the tides, like the scene’s newest darling, singer-songwriter Claire Morales. Unlike so many of her musical Denton forebears — Norah Jones and Roy Orbison among them — Morales didn’t discover the city’s community of musicians during freshman year. Instead, she was practically born into it.

“When I was about 3, I’d make my family listen to me sing on the fireplace,” Morales says, her soft and pleasant North Texas accent confirming her as a Denton native. “I learned how to play guitar when I was 11, and I started playing shows when I was 13.”

Lucky her: there are worse places for an artistically inclined young woman to grow up than Denton, Texas. As an adult, the town has proven more than receptive to her strikingly personal blend of folk and rock, anchored by Morales’ strong, supple singing voice. As readily as it reminds of greats like Patsy Cline and Joni Mitchell, though, her biggest influences were discovered at home.

“My dad was always playing guitar,” Morales says. “He used to play us songs when we were going to sleep at night, like the Beatles and Bob Marley and just whatever he liked at the time. He and my mom are really creative people. My mom used to design jewelry, and she’s always doing all sorts of cool, creative stuff. I thought it was just something everybody did.”

And she’s still doing it. After graduating from UNT’s design school, Morales now works as a graphic designer by day. The singer insists, though, that music is her main creative focus, even if the two disciplines tend to intertwine.

“They definitely influence each other,” Morales says. “You learn that creativity is something you can’t wait around for. You have to constantly be seeking out and trying to engage. Having to be creative all the time and make stuff all the time — even if you don’t feel like it — is a great exercise for any artist.”

The greatest exercise yet of Morales’  budding artistic career has been the release of her debut album, Amaranthine. For a singer-songwriter who got her start onstage when she was still in junior high, Morales says that, fittingly, it’s a coming-of-age record, full of dreamy nostalgia and a pained longing for the way children grow up believing that their lives will turn out.

The record was a major turning point in Morales’ music career, solidifying her transition from an acoustic solo performer into the electrified frontwoman of a proper rock band. The recording process was a decidedly Denton affair, pulling in bassist Ryan Williams, drummer Russ Connell and lead guitarist Ryan Becker to add some punch behind Morales’ powerful vocals. The album was cut track by track in the busy home studio of Denton scene fixture Michael Briggs.

“We’d just found a new drummer maybe a month before we went into the studio,” Morales recalls. “It was just a matter of figuring out arrangements and doing everything ourselves, since there are a lot of places around here where you can get discs printed. I didn’t even consider trying to get it on to a label, because if felt like such a first effort.”

While her backing band adds some punch to the record, the accompaniment is kept relatively simple and restrained: Morales’ voice and lyrics are front and center at all times. Amaranthine is infused with the soul of ’60s folk-rock, wistfully searching for the loving and harmonious future those old songs seemed to portend. The disc has helped spread Morales’ acclaim beyond the pastoral outskirts of her hometown, but 2016 finds the artist in no mood to pat herself on the back. This summer, she’ll retreat to the secluded Denton-area studio Echo Lab to record a follow-up with engineer and Centro-matic drummer Matt Pence.

Morales says she’s got a title in mind for the album, but she’s not ready to share it yet. But she’s dead set on delivering a more assured and accomplished work this time out.

“I kind of get obsessed when I make a new album,” she says. “This one is about desire — all different types of human desire. I like to pick a theme that kind of ties everything together.”

The public’s first taste of the new material is likely to be unveiled at one of Morales’ favorite Denton haunts, like Dan’s SilverLeaf or Harvest House. But the artist says she’s more than ready to take her show on the road — if for no other reason than to prove to others both within and outside her community that launching a recording and touring career from Denton is still a viable proposition.

“We’ve played in Arkansas and Oklahoma recently, and Austin — that was fun,” Morales says. “Because of my day job, I haven’t been able to do a lot of traveling. I’m actually about to stop doing my day job and just do freelance so I can have a more flexible schedule.”