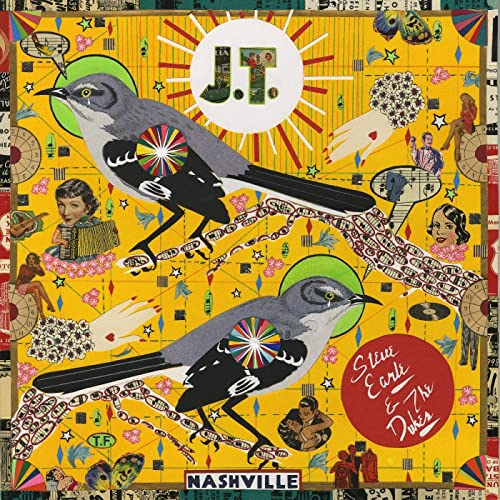 More proof that artists are different than you and me: Mere days after his son Justin Townes Earle died of an accidental drug overdose in August 2020 at 38, Steve Earle wrote a song about him. This tribute was released on what would have been Justin’s 39th birthday and consists of 10 Justin originals plus the song that his father wrote shortly after his death. “Last Words” is a hard listen. It’s a spare, unfiltered drone with only light brushes of reflection, each verse ending with an unembroidered recitation of how their last conversation ended.

But the album’s focus is on Justin’s work, and the mood, for the most part, isn’t somber. Justin could certainly plumb the depths, and his father has chosen three examples: “Far Away in Another Town,” “Turn Out My Lights” and “The Saint of Lost Causes.” Missing is anything from Justin’s two mid-career albums, Single Mothers and Absent Fathers, and maybe the most obvious cut of all for a father’s tribute, “Mama’s Eyes,” which opens with the lines, “I am my father’s son / I never know when to shut up.” But Justin’s best, “Harlem River Blues,” makes the cut, though his father’s version can’t recapture the original’s uncanny mix of religious ecstasy and death wish, and “Champagne Corolla” is winningly recast as a rockabilly shuffle.

A labor of respect as much as love, proceeds will go to a trust for Justin’s 3-year-old daughter.