Welcome to “Texas Music Magazine Presents,” a new series of curated playlists that we’ll be sharing every month on Spotify. Each playlist will focus on a unique theme, genre, or artist — or sometimes maybe even a whole lotta everything, just like Texas Music has been from the beginning. But because we’re kicking things off here in March — which happens to be Women’s History Month — we’re devoting our first playlist to some of our favorite women in Texas music. Or, more specifically, to some of our favorite Texas women artists who just happen to have phenomenal songs about and/or for women.

We open with Susan Gibson’s “Wide Open Spaces,” a song she originally recorded with her old band the Groobees and which was soon after covered by the Dixie Chicks (who made it the title track for their Grammy-winning 1998 major-label debut and subsequently stamped it into the history books as one of the biggest country songs of all time). Saving The Chicks — as they now go by — for a more recent selection later in our playlist, we picked a live recording of Gibson performing the song herself, from her 2005 album Outer Space. After that, we continue with the theme of adventurous, independent women spreading their wings to make their way and embrace their sense of self in the world at large with songs by the Trishas (“Mother of Invention,” from their 2012 album High, Wide and Handsome), Kacey Musgraves (the title track from 2015’s Pageant Material), Nobody’s Girl (“Kansas,” a single from the Austin trio’s forthcoming full-length debut) and Miranda Lambert (“Pretty Bitchin’,” from her 2019 album Wildcard.)

From there we turn to Erika Wennerstrom’s “Extraordinary Love,” an exhilarating highlight from the Heartless Bastards frontwoman’s 2018 solo album, Sweet Unknown. She describes it as a “mantra of self love,” because, as she explains on her website, “if I can’t be kind and loving to myself, how can I expect anybody else to? It starts with me.” In “Woman,” from Terri Hendrix’s experimental 2019 EP Who Is Ann?, the DIY queen of acoustic Texas singer-songwriters taps into her closet techno obsession to express her awe at all of the powerful women who inspire her: athletes, activists and adventurers, whose seemingly superhuman resilience is matched only by their unshakable courage and conviction. Two tracks later, Austin’s eclectic Gina Chavez salutes that same indomitable spirit in her dance anthem “She Persisted,” while in between the two, genre-bending guitar heroes St. Vincent (aka Annie Clark) and Jackie Venson embrace the light of the fire within, be it stoked by red-hot desire (“Masseduction”) or transcendent love and faith (“Flying”).

And speaking of transcendent, no playlist of inspiring Texas-based women artists would be complete without a selection from Patty Griffin. The hard part was picking just one — though the mighty “River,” from her self-titled 11th album, lends itself especially well to our theme. Then we pass the mic in our virtual song swap to Carrie Rodriguez and Bonnie Whitmore, whose “She Ain’t Me” and “Cinderella,” respectively, make clear in no uncertain terms that would-be partners looking for a submissive pleaser or princess in need of rescuing need not apply. And that goes double, if not tenfold, for any fool dumb enough to double-cross the mighty Beyoncé, whose “Daddy Lessons” (from her 2016 opus Lemonade) is as lethal as it is ferociously catchy. Ferocity also charges the two full-throttle rockers that follow: “Ding Ding Ding Ding,” from Austin’s the Bluebonnets (featuring the dual guitars of Eve Monsees and Texas’ very own Go-Go, Kathy Valentine) and “Eve’s Daughter” by Lubbock-reared firecracker Amanda Shires.

Shires, of course, is also one of the two Texans (along with Maren Morris) in the award-winning country/Americana supergroup the Highwomen, represented here with “Redesigning Women,” the lead single from their self-titled 2019 debut. It’s preceded by “Diamond Shoes,” a stunningly beautiful gem from Houston-native Tift Merritt’s 2002 debut, Bramble Rose, and the equally stirring “Julianna Calm Down,” from the aforementioned Chicks’ long-awaited 2020 comeback album, Gaslighter. Both songs shine as empathetic rallying cries for fellow women maybe temporarily knocked down by life and love but by no means out for the count.

And when they get back up again, stronger than ever? That’s when it’s time for the soulful hallelujah of “Phenomenal Woman.” And if the words of poet Maya Angelou — as sung so powerfully here by Ruthie Foster in the performance captured for her 2020 album Live at the Paramount — don’t move you to take on the world or celebrate the women that most inspire you, well … just listen again. 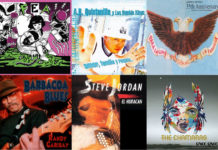 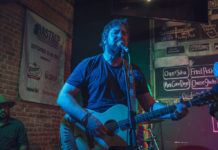 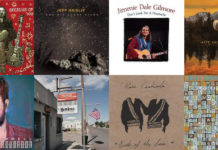